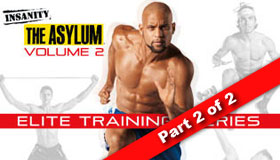 Part One is complete and now the review concludes with the last DVD’s the the new Asylum Volume 2 series by Shaun T and Beachbody.  As expected, I’m tired, sore, and ready to go!!   YEEEAHHHHH!!!!…thud.  ( collapses in a heap )

Lower/upper back and abs are the name of the game today.  I always appreciate Shaun’s attention to detail when it comes to core work as he really focuses on the back when so many others only see the abs.  In the end you’ll be more durable because if it.

This one gives you the option to up the ante by occasionally using the pull-up bar, or you can stick to using weights.  That really makes this seem less repetitive when you can switch it up at whim.  For example I opted to start with the pull-up bar and then grabbed some weights to finish off.

The end of this is a move called 5-count abs which at first shouldn’t be too bad but by the end it may resemble the sensation of having a canon shot at your gut.

You can’t throw a rock without hitting another ab-workout.  The suckers are everywhere, and as such Shaun has a lot of contenders for his ex-Hip-Hop Abs crown.

One theme that seems to run common with all of Shaun’s ab workouts is that he’s not primarily into crunches, but prefers ab-pulses and isometric holds.   That sort of thing makes this a different way to spend twenty minutes instead of doing various sit ups.  Plus you get to see what Shaun’s shoes are today.  Blue with white stripe shoes and shorts.  The man’s shoe-rack  must be the size of Kansas.

But how does it feel?  Ab Shredder is akin to visiting a prison and yelling to all the inmates that their Mom’s are whores, and the first shot to your gut is free.  Yeah.  It’s like that.  Ow.

It’s casual Friday for Shaun and his urban pose as everyone gets together for a nice and badly needed stretch.  What is strangely distracting is the one lady who has a pant leg shorter than the other which seems like it would be a lot of work keeping it there.  Is this some new fangled fashion thing you no-good kids are doing these days?  Why I outta…

This is a good, all-around stretch and not much can be added.  You bend over, roll over, grab legs, stretch calves and hamstrings.  Typical fare.  It’s also done on the day before and after Championship which is really a nice break.  Oh, and it’s black shoes and shorts for Shaun today.

Hard to say if this is harder than Asylum: Game Day in terms of intensity, but Championship is far more complex as co-ordination and agility will be pushed to the extreme.  Because of this, Championship will actually become harder the better and more familiar you get with it.

Like Game Day, you do moves loosely based on professional sports such as soccer, gymnastics, speed skating, etc.  Some moves and sequences are a little more advanced than most will be able to pull off initially.  For me it got to the point I had to occasionally stop and look at my screen while tilting my head like a confused chicken about to have its head lopped off. 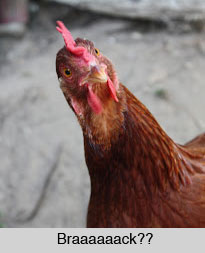 The workout ends with an overtime sequence of crazy agility jump drills that you are supposed to keep track of how many you do.  I gave up counting when it became obvious my metaphorical workout truck had fishtailed into the ditch, but it is a good measure of how well you’re progressing.

Oh, and its blue-shoes and shorts day for Shaun.  That guy must be made of money.

Quote of Dread: “you…are…halfway there.” 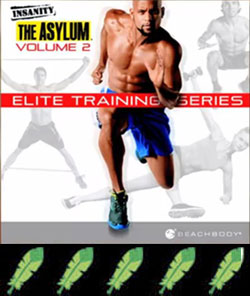 Give Shaun T his due, the man has just knocked another one out of the park with Asylum: Volume 2.

Let’s start with the good.  It should go without saying that Beachbody takes its role seriously when it comes to making fitness programs and certainly doesn’t feel like playing second fiddle to anyone.  That is evident by the quality of the production with Asylum Volume 2.  The workouts are well planned, obviously well rehearsed, the music professionally made and the set perfect.  You will not find a better looking program in its class.  Productions like this make you honestly feel embarrassed for the glut of wannabe imitators.

And of course, Shaun T himself.  This is a guy who takes his job seriously and is Hell bent on motivating you to reach your goals.   Yet he does it in a way you have to admire.  Serious, yet always with the humorously cool behavior that makes you want to give him one more push up.

If I had to dig up some nitpicking criticisms it would be that this is only available on DVD and not  BlueRay.  That may be fine enough for most people but production values this bad-ass demand HD.   In fact, I say go beyond BlueRay!  The sheer volumes of AppleTV, Roku, or Boxee’s being sold just proves people want to move away from optical media.   If Beachbody wanted to be cutting edge I would suggest they sell their programs on such venues as the iTunes store.   It would sure save guys like me time from having to rip to my AppleTV!  The problem with that however would be the imminent deathblow to their MLM coaches not selling physical programs.  Too bad. 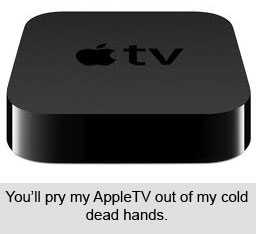 Asylum Volume 2 just does what it does so well: gives you 30 days of ass kicking on a level usually reserved for athletes.   It also builds on the successful foundation of Volume 1.  In fact, they also include a hybrid-schedule so you can put then together and really give yourself a beat-down.

As I’ve mentioned in the past, be careful about going past 30 days because it can start to wear you down.  I always like to mix an Insanity/Asylum run with something less impact like Body Beast or P90X/2.   That way I feel I retain the best of both worlds without shooting my poor knees all to Hell.  The good news is that there seems to be less plyo-impact with Volume 2 so you might be able to go 60 days straight  if you had the gumption.  Just don’t say I didn’t warn ya!