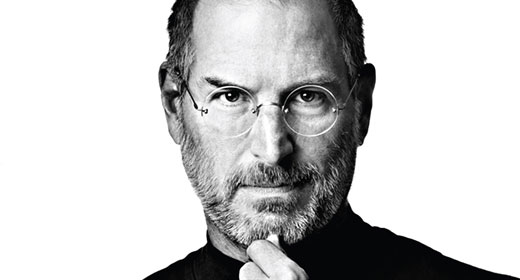 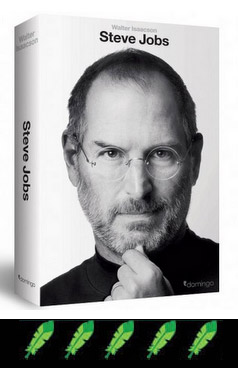 This is the only biography about Steve Jobs that matters.  The only one where he has a fair say from him as well as the people in his life. For those unfamiliar with the late Mr. Jobs and his tenure at Apple, this book will take you from Day 1 to the recent event of his passing.  And it is brutally honest about the man.

Prior to his passing, Steve wanted an autobiography done that was fair.  Thus he asked Walter Isaacson to undertake the task of writing this book.  Walter manages to paint an accurate picture of a man driven to perfection, but plagued by severe personality deficiencies.

Make no mistake, Steve Jobs was crazier than a pet raccoon but not in a random way.  Think of a tortured artist such as Picasso.  Like many artists he had the people skills of an SS Guard while possessing the charisma of Jim Jones.   Steve had no qualms about verbally ripping peoples heads off and screaming down their necks on a regular basis, while at the same time making you want to follow him into Hell itself.

As is evident with todays techo-free-for-all, artistic inspiration can never be learned in a classroom.  You either have it or you don’t.  The best writers and painters are more often than not people who never had their natural gifts conformed by higher learning.  And make no mistake, those who are the highest educated are often times the blindest people in the room.  Hence the current crop of visionless CEO’s such as Steve Ballmer who will literally laugh at innovation while rolling out the same tired products.  Steve Jobs was the last of his kind.  Someone who made changing the world his top priority.

As such he did the impossible by being able to look at business through the eyes of an artist, not an accountant.  That is why Apple rose to the top.  Apple took failed concepts like the GUI, tablet PC’s and MP3 players and turned them into something beautiful by means of Job’s minimalistic approach to design.  An approach that is now burned into Apple’s culture and DNA with brilliant men such as Jonathan Ive. 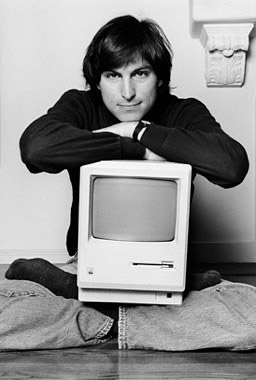 The book takes the reader from Steve’s childhood, to his almost unbelievable story at Apple, his ousting,  his return, the “i” explosion, and finally his tragic death from cancer.  It covers it all and at no moment does it ever hold back.  Walter makes an honest biography and many times we see the story of a man who to any outsider would seem almost insane, and at times most assuredly was!  But the perceived insanity was only a by-product of another trait…unparalleled genius.

Steve Jobs the book is a telling tale of the passion of a man driven to perfection.  Today we consider these people…if you’ll excuse the term…assholes.  But Steve Jobs was not an asshole executive on a power trip.  He simply could not accept anything less than someone’s best.  Those who gave only 99% could not exist in his presence without enduring his full wrath.  In Steve’s mind, you were either a genius or a “shit-head”.  No middle ground.

Thus the reason Apple went from almost zero to being the largest tech company on the planet during his watch is simple.  Apple employees were pushed to perfection while everyone else was sitting in their cubicles surfing Facebook.  That is what makes Apple counter-culture.  You either bring your A-game at Apple or you’re dog meat.

This book does more than simply tell about the life of one man.  It can be used to look at our own lives.  Am I giving 100% or am I just settling for adequacy?  Do I want to change the world or just make a pay-check?  Steve Jobs the book will reveal as much about our own lives as it does about Steve’s.