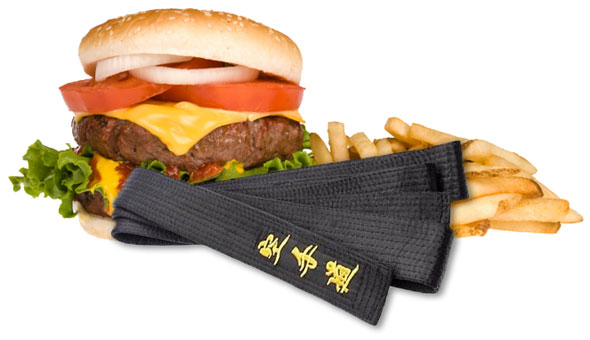 I’ve seen a lot of martial arts in my time and I trained in a stinkload of dojos and one term that always pops up is “McDojo”.  To make matters worse, the term is almost universally used by uneducated Philistines with only a rudimentary understanding of the English language and only basic knowledge of martial arts in general.  That’s why I’m here once again to fix things.  To make right what went wrong, and to one day find my way home. 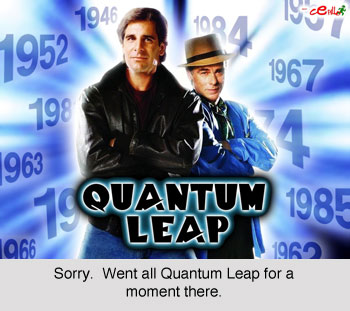 If you have no idea who the devil this Dysfunctional Parrot guy is and what gives him the right to define terms then you should read a few martial arts articles here and call it a day.  Like anyone else who has been in this goofy business I’ve seen enough to have some pretty strong opinions.  That means I’ve seen some spectacular dojos and I’ve seen dojos that were straight up, unmitigated turds.  So let me take you on a journey to learn the main misconceptions about what defines a McDojo.

A McDojo is everyone else:  FALSE

If you are the one on the soapbox pointing fingers that everyone attends a McDojo ( you Kyoshin-Ryu folks can get down now ) except the faithful that attend your dojo then I want you to do two things.  First, shut your ignorant pie-hole.  And second, try and stop repeating what you hear around you like some Kyu-level dojo fanboy.

Even in the most McDojiest of McDojo’s I attended, they were convinced everyone else was a McDojo.  Yes, even ones with Little Ninja programs and after-school “TaeKwonDo” care felt they had a better handle on traditional martial arts than the other guy.  So if someone says you attend a McDojo you can do 2 things:  Kick them in the nuts and ask why they didn’t learn to block in their club.  Drop the mike and walk away.  Peace out.

Yes, McDojo’s make money, but not all dojos that make money are McDojo’s.  I would hope that all dojos make at least a few shekels because unless everyone trains in the woods I think we can all agree that some dough is needed to keep the lights on.  But if you do train in the great outdoors at least be a decent fellow and float Sensei a few bucks for bear spray.

I’ll be up front, I don’t mind a dojo making money if it keeps a good Sensei employed.  Even better if the facilities are nice and the pads are occasional hosed down to kill off the hepatitis.  I went to one sweet ISKF dojo in Calgary that was straight up awesome to behold and entirely traditional in its training.  It was one of those rare instances where business and tradition intersected with perfection.

That having been said, you’ll know it your gut when things are not right.  Insane amounts of children under ten with black belts should be your primary sign.  But for me I’ve noticed a big thing nobody mentions: special Brazilian Ju-Jitsu classes.  Look, if you want to take BJJ then by all means take dedicated BJJ training.  But when someone brings BJJ into a TaeKwonDo club it feels like an admission of failure and a cash grab.  Then again, I’m a bit of a purist.

A McDojo is a waste of time:  TRUE

Well, yes.  But I’ve got more sad news for you junior.  All martial arts are a waste of time.  You will all grow old and die not having enriched the lives of others in the least by having a better punch or kick.  You will never be an ancient Chinese warrior and nobody, save maybe your Mom, cares about that stupid cloth around your waist.  Your wife wishes you would find a normal hobby like carpentry like the handsome single guy across the street who she’s going to wind up banging anyway because you’re still pledging allegiance to a dead Oriental dude.  None, save the genetically elite human specimens among you will ever become capable MMA fighters and the best you can do is bask in their fleeting shadow.

That having been said I love training in karate from time to time.  Martial arts training is one of those things that if you like it then I guess it beats playing Nintendo.  But don’t for one second think that time spent doing hardcore Goju-Ryu with an ex-Japanese military instructor is a better use of your time than the guy who attends a WTF TaeKwonDo dojang.  In the grand scheme of things, neither is a better use of anyones time.  To be honest, when it came to personal fitness I found all martial arts to be tragically inferior to just about anything else anyway.

While I cannot deny this is true ( seems to be more prevalent in the US but that’s just my perspective ), I would argue this would be an exception to the general rule.  I attended a lot of dojo’s and only one of them was truly a McDojo but that might be because I gravitate towards traditional training and have a low tolerance for flashy BS.    I will use Exhibit A to make my point, the quintessential example of a McDojo, ATA TaeKwondo. 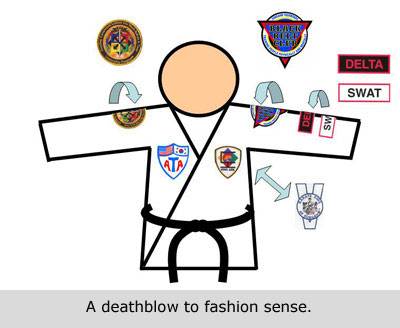 ATA TaeKwonDo gets a lot of flack and most all of it is completely deserved.  ATA makes WTF TaeKwondo look like magic as it is a tragic union of watered down karate and corrupt American capitalist business practices.  Gawdy uniforms, easy ranks and contracts are just a small portion of the ugliness the ATA has injected into martial arts.  This is the very image of a McDojo.  So should you decide to leave ATA and take up another fighting art, be sure to mention you have no prior martial arts experience.  You’d be telling the honest truth.

Second runner up is WTF TaeKwondo.  Their form is admittedly weaker than karate.  Watching a floppy TKD Poomse and then watching a powerhouse karate Kata shows the dramatic difference both have on attention to form.  However, to say WTF is a McDojo because the participants get a black belt in a shorter period of time is a bit unfair.  I’ve seen black belt WTF TKD fighters whoop traditional karate Sandan’s and vice versa so whose to say which one is “better”?  It’s kind of a subjective argument based on the other persons biased criteria.  Truth is real fighters are born and not necessarily created in a dojo anyway.

To Shotokan, TKD will suck because it is not Shotokan ( BTW, Shotokan feels that about everyone.  We’re kind of dorks like that ).  TKD will feel traditional karate is stiff and too rigid and focuses on kata far too much instead of practical skills like sparring ( and in many ways they are right ).  Others like Kyoshin Ryu just bitch about everything because some MMA fighter took their style once and they’re gonna ride that train till it derails.  And to everyone ATA is going to suck because that’s just common damn sense.

I guess the important thing to remember is that a black belt has no value in itself outside the dojo walls.  Yes, TV implies that it means something akin to being Batman but in reality it is just a sign of rank within a club.  Try not to make it too big a deal because in the grand cosmic scheme of things all black belts have the same value. 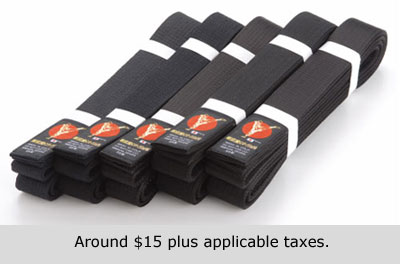 If you don’t like your dojo, it’s a McDojo:  FALSE

I simply cannot put into words the ignorance of so many that if one is dis-satisfied with their training then clearly they are guilty of training in a McDojo.  I reserve that kind of idiocy for cults and Kyu ranks.

The bulk of my traditional karate training was under Yutaka Yaguchi Sensei so take whatever you think you know about McDojo’s and swing to the extreme polar opposite.  There you will find Yaguchi.  I don’t care who your Sensei is or how many levels of black belts he has.  Compared to Yaguchi he is a decorated poseur.

BUT, if he was so awesome then why did I leave?  Plenty of reasons.  It is here so karate-ka mentally short circuit because leaving a dojo in many ways is an attack on their pastime.  It is personal.  When I state that time with my family was more important, many will take that as an accusation that they are ignoring THEIR family ( hint: you probably are ).  Maybe I got bored and wanted to try something else.  Maybe “seeking perfection of character” meant I had to leave the oppressiveness of dojo politics.  Maybe I looked at the belt around my waist and said, “Yup. Good enough” and moved on to water polo.  Joe Karate then gets insulted because his brain thinks I said water polo is better. 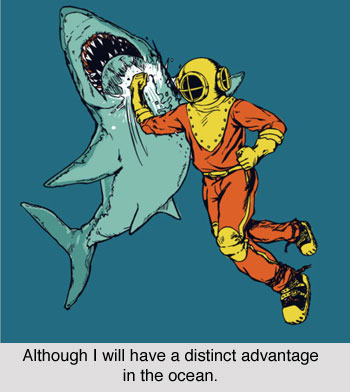 Got news for you all:  The day is coming when you will all quit your dojo.  All of you, save the fraction of a percentage that become professional instructors will one day put the belt on for the last time.  So if you decide to pat yourself on the back and point fingers at the guy who moved on with life just remember that your day is coming.  Make no mistake, it will be sooner than you think.

And on that day, poetic justice will be served and you will be accused of having attended a McDojo the whole time.  Then listen.  That laughter you hear behind you will be me.