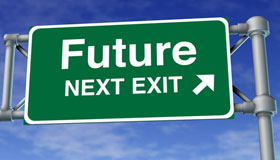 I admire futurists which is probably why I dig science fiction so blasted much.  But that doesn’t mean that every idea is a good one.  In fact, many glowing visions of the future are simply not going to happen anytime outside of a millennium if ever at all.

Back to the Future portrayed a future of flying cars, Mr. Fusion and flux capacitors.  Hot damn, I can’t wait for 2015.

Sorry kids, but unless Apple is working on a flying car you can jolly well forget about it.  And even then Siri would take your request to go grocery shopping and instead interpret that as commanding a free-fall. 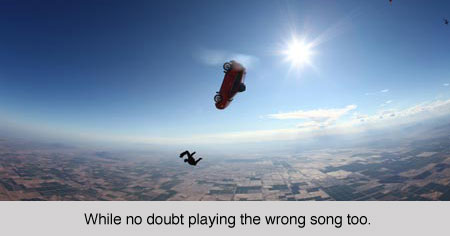 A future where commuters can fly cars is a future where commuters are being blown out of the sky like Fourth of July fireworks due to the insane mid-air collisions.  Imagine driving with your grandma in downtown New York.  That’s pants filling terrifying by itself.  Now imagine Granny taking the stick of a flying metal trap up into the skies of thousands of other flying projectiles.

#4. Colonies on the Moon

I love Star Trek and Dr. Who as much as the next guy, but seriously folks, know when to snap back to reality and accept that life on the moon is forever looking back on a planet that has every conceivable advantage over living on a lifeless ball of grey dust. 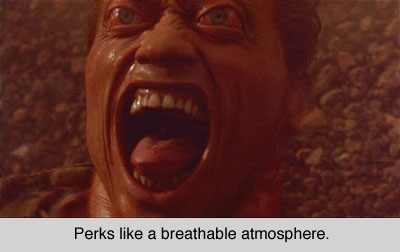 With the exception of Australia, few places are more hostile than the vacuum of space.  But lets put aside the death vacuum for a moment.  Long term exposure to cosmic radiation is another slow killer that will not give you amazing super powers with which to fight Latverian dictators.  It will in all likelihood treat medical science to never before seen forms of space cancers.

Wait, cancer not enough?  See those craters on the moon?  They exist because it’s getting tapped more than a Vegas prostitute.  Only instead of coping a feel, the moon instead is hit by a steady stream of asteroids.  That’s because unlike Earth, there is no atmosphere to burn that stuff up.

And don’t get me started on tourism.  There is simply nothing to do on the moon except walk around in a spacesuit that doesn’t even allow you to get that nagging itch on your nose and forces you to smell your own burrito off-gassing.  No tropical weather, no poolside margaritas and no sneaking off behind the moon-rocks to make love unless fatal decompression is a fetish you’re into.   In fact, life on the moon is the equivalent of a vacation to Winnipeg. 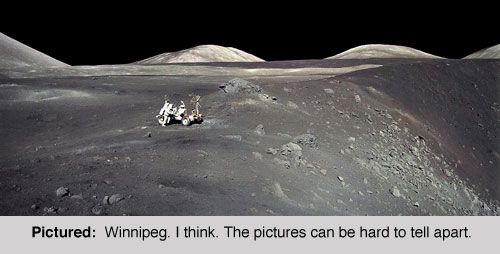 There’s a reason we haven’t returned to the moon since the sixties.  It’s because intelligent minds came to the conclusion the grass isn’t always greener on the other side of the fence.  Especially when there is no grass.

“But Parrot”, you may insist, “cyborgs are being created now and as such lifelike robots are inevitable.  So what gives?”.  In the words of Samuel L. Jackson, “Allow me to retort”. 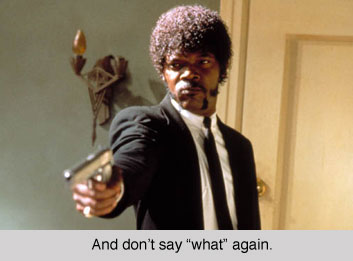 There’s a world of difference between putting a Siri interface in an animatronic sex doll and an actual thinking robot capable of displaying human emotion and true concepts of self preservation.   If that ever were to happen I guaran-dang-tee you that plug is going to be pulled.  Well except with the sex-bots.  Always have to make an exception there.

Not that I believe the robots will pose any physical threat.   Any Android built by Samsung ( ha!  Android!!  Get it?!  …bite me. ) would fall to pieces after a stiff kick from a preschooler due to cheap plastic components.   Nobody is going to build Rosie the Housekeeping Robot with titanium limbs laminated with kevlar because that shit is expensive.  Any mass marketed robot will be primarily constructed from Chinese plastic and easily fall to pieces the day after the warranty expires.

But it goes further.  Emotion is something nobody truly understands, so the very best a robot can be is a series of and/or instructions that occasionally will try to fit in some advertisements into your simulated  conversation.  That’s right.  The ultimate purpose of a cyborg is not to crush humanity, but to be yet another means of influencing your buying habits.

You know, I might be wrong about this being possible after all.

Call me cynical, but unless the next great source of energy is common dirt I don’t see our little species getting along anytime soon.  And the blame is no further away that ourselves.

For example, imagine a neighbour just like you.  Same hobbies.  Same car.  Same haircut.  Even has the same socio-political-theological belief system.  Personally I couldn’t wait to throttle that SOB.  Nobody likes to share their turf.  Like Highlander, the can only be one.  And like Highlander, there bloody well only should have been. 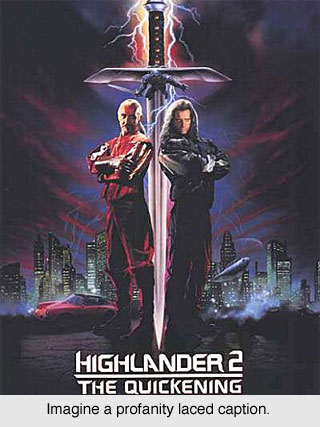 The human condition is a perpetual conflict of ideologies.  Religion is not the problem and it is an intellectual copout to say it is.  Plenty of nasty stuff has been going on in the name of atheism, and still does ( cough…CHINA…cough ) so get off any high horse.  Fact is using religion is convenient if it masses the troops.  Like anything else, you use whatever works when you have to.  Saddam Hussein was hardly a religious man as much as a murdering psychopath, but he never stopped blathering the “Great Satan…God is Great…God is Great” speech during the Gulf War with all the conviction of the lady who asks me if I “want fries with that”.

We as individuals are just a bunch of dorks ( spend five minutes in Reddit if you doubt this ) and that includes hypocrites like John Lennon who was a self-absorbed, wife beating control freak that couldn’t even manage his own household let alone lead a world in peace and harmony ( ‘Imagine’ is a perfect theme song for the Borg ).  Seriously, have you ever talked to a hemp wearing peace loving dude?  Those people harbour a ton of repressed internal anger and are one day away from going full-on Pol Pot.  We just don’t have it in our nature to behave and the anonymity of the internet makes it even worse.  Doubt me?  Check out the comment section in one article where I badmouthed karate.  You’d think I smoked the ashes of Ghandi while wiping my face with the American flag after eating a kitten.

I’m going for broke here because this is the future we’re talking about and that means an opportunity to dump all over any humanist Utopian worldviews.  Especially ones with color-coded jumpsuits in intergalactic space ships led by a mighty totalitarian and thoroughly anti-capitalist Federation.

First allow me to also inject some depressing facts.  We’re alone out here.  I know this because I said so, and last I checked my track record on scientific knowledge is without any credible objectors.  No doubt because they’re hiding under their desks holding fast to their stupid Pythagoras Theorem.

Let’s put it another way: Despite what Star Trek passes off as science, a Class M planet ( ie. like Earth ) is not around every corner.  In fact the number of variables required to make Earth habitable is mathematically sphincter tightening.  Right down to the exact position of our own moon and other celestial bodies that work to prevent us from becoming an asteroids road pizza every second Tuesday.  Or tip the balance of our atmosphere to any more oxygen and it goes up like a torch the second Fred Flintstone lights the first Marlboro.  Reading the fine print on the news stories about finding planets “like Earth” reveals that such worlds are straight up uninhabitable cesspools of lead melting heat or lung crackling frozen methane. 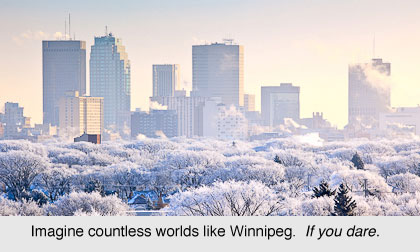 But lets assume that we do find a way to create a warp drive and can get to Alpha Centauri faster than Domino’s can deliver your cheese covered cardboard.  Given the staggering likelihood that there are no Vulcans, Romulans, Daleks, or British dudes in time-travelling police boxes, sending a star-ship into the void is a one way ticket to a cold and lonely interstellar death for whatever fool volunteers to live the rest of his existence without high-speed internet.  Nothing to see but countless uninhabitable orbs in a vast sea of worthless debris.  It’s like sending a team of diplomats to Detroit. 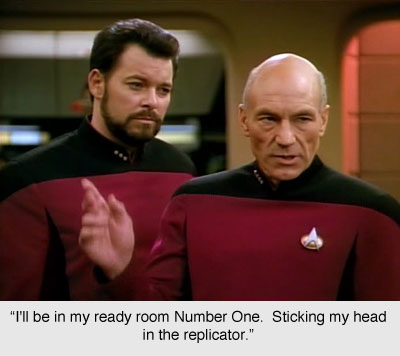