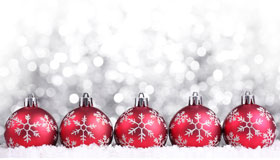 Christmas is one of those holidays you grow to somewhat tolerate as years pile on because although it might be better to give than receive, that saying was made before credit cards and fruit-cake.  Now although I do indeed enjoy much of what Christmas brings, there are just a few little complaints I have that I’m sure many can relate to…

5. Shopping is a trip through Dante’s Hell.

Need to go shopping for a few things?  Are you sure?  Then prepare yourself for a self inflicted voyage of the damned.

Lineups in December are insane and there are never enough cashiers because lets face it…would you want to work there?  The self-checkouts are no better as half the people using them still operate them in total confusion while the infernal software ( lets just call it SkyNet ) asks you to place the item in the bag that you already have a dozen times already.

Or perhaps you like the forced socialization?  It is truly a trial when you’re stuck in line at the local Superstore just trying to but some broccoli, a loaf of bread and a 2-for-1 pack of condoms only to spark a conversation with a complete stranger next in line. 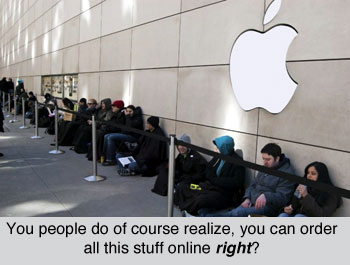 My only solution is to stockpile in November like the world itself was coming to an end and come out of your foxhole in January.

So what is the true meaning of Christmas?  When in doubt just ask Hollywood who will be more than happy to back a truck onto your front lawn and dump a load of DVD’s as if spreading fresh manure.  What treasures you shall find!!  For Sandra Bullock, it’s marrying Bill Pullman, for Tim Allen, it’s the last gasps of a dying acting career.  For animated Grinches, it’s grand larceny.  Likewise for Jim Carey it’s a walk through an ocean of cinematic diarrhea.   And for Bruce Willis, it’s running on glass barefoot and shooting people.

I suppose the reason for watching the same old movies on Christmas is simple: the alternative of talking to relatives is unthinkable.  It is also a way to control the post gift-opening high and prevent the resounding crash as you consider your upcoming credit card bill ( here’s a hint: you’re broke ).  Moreover, it’s a distraction from the sad reality that despite wanting an iPad mini with Retina display, you got a Windows Surface Tablet instead. 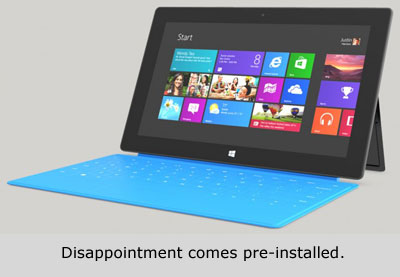 Few songs at this time of year make me want to rip the heart out of my fellow man and spit on his corpse than “Jingle Bell Rock”.  It is neither festive nor is it in any way “rock”.  And it is played in every school Christmas concert, departments store PA system and elevator from here to the ends of the continent.  Music like this makes me wish I could develop my own EMP device and knock out all electronics for city blocks.

And despite the many songs to the contrary…and I speak from experience here…riding in a horse driven sleigh in the winter sucks.  It it -30 degrees Celsius and the only good thing that can happen is when the horse passes gas and a desperately needed wave of warm yet pungent air flows past your freezing body.   Romance is non-existent as the entire time you have one thought when looking at your lovely date: “How long until we get inside the warm vehicle??

Or perhaps the insipid Alvin and the Chipmunks is playing yet again?  If you like “Christmas Don’t be Late” I would kindly ask you to consider voluntary sterilization.  Why would Christmas be late?   It’s not like it was Hanukkah that can’t stay in one place from one year to the next, it is right on the same day like it always has been.  Why even say ‘please’ as if Christmas was going to flip you filthy rodents the bird and arrive on the 27th?  What the furry frak is wrong with these stupid creatures?? 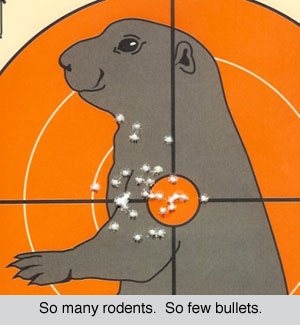 Have I complained enough about this in the past?  Probably.  But I’m not done and until the sun moon and stars fall from the sky I won’t be until every depiction of Jesus as a blond, blue eyed hippie is erased from existence and replaced with an ethnically accurate representation.  Looks like I’m in for the long haul.

Show of hands: Any pure-blooded Semites out there who have creamy white skin and iridescent blue eyes?  No?  Well then Great Shades of Elvis, stop portraying Jesus like this because I’m getting tired of burning children’s books.

This evidently might be a bit of a shock to a lot of people, but Jesus was Jewish.  And I’m not talking about New York European descended Jews either like Jerry Seinfeld or Woody Allen who are practically indistinguishable from a garden variety Irishman.  I mean the first century olive skinned real deal that grew up without any hint of a British accent.  And while we’re on the subject of our Lord and Savior, that leads me to the next point…

You can always tell when the toilets at Reddit back up…the contents spill over and become anti-nativity scene demonstrators.  I should clarify, not all atheists are like this.  Most are content with other people having a theistic worldview and believe it or not don’t act like children who have unsupervised access to internet forums and Uncle Carlos’ tequila.  No, I’m talking about a very specific type…the raving, religious atheist.

Religious atheists disguise their crusade as “freedom of speech” while cowardly only going after the one religion that asks its followers to turn the other cheek.  That’s why you’ll see a stampede ( ie. three strategically placed protesters in front of a news camera ) of malcontents to take down a harmless nativity set at City Hall, but nary a shoulder shrug for Islamic honor killings.  These same cherry pickers are also never seen at Sukkoth, Passover, Hanukkah, little Billy’s Bar-Mitzvah or any other religious festival unless it is exclusively Christian.  Must be nice to pick and choose soft targets over real battles so casually.

Truth be told I’m not a big fan of a lot of the traditions that go on this time of year either.  I think Christmas trees are a holdover from pagan Roman Saturnalia festivals and that Santa has more in common with Odin, but you know what…I’m not going to be a hoser about it ( much ).  I’m going to roll with it because at the end of the day a poorly decorated tree that is mere weeks away from becoming wood chips for a local park path is neither a threat to my pursuit of life, liberty or the pursuit of lattes.

Some take it just a step further and try and make the day a time to celebrate other ham-fisted festival ideas just to spit in the eye of the season…and always with hack journalists from the local 6 o’clock News desperate for an easy story.  If it’s ok to have a nativity, why not a shrine to Satan?  Do I really need to answer that?  Yes, evidently I really must.  The reason is because it is done out of spite not out of sincerity.  It’s because sometimes being a decent citizen and giving back to the community means sticking a big cork in the ol’ pie-hole.  So to all religious atheists I ask you one favor:  suppress your inner rumblings and enjoy the fact many of you are still getting paid holiday leave from work.  Don’t put up a tree or lights, don’t buy any presents and don’t say Merry Christmas to the overworked cashier who hasn’t been off her feet in hours.  Feel free to be true to your roots.  Then enjoy your cold, lonely and meaningless existence.