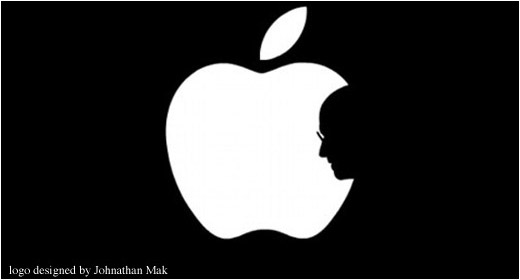 Naysayers are complete morons.  And despite my hopes, Reddit can only contain so many of them before it springs a leak and they spill into the general population.

Now that the initial shock is over, the hyena’s are finally coming out of the shadows to have their say over the recent passing of Steve Jobs.  And what are the hyenas crying?  Essentially, that Apple is dead.  If it’s one thing about the internet that never ceases to fascinate me is the collective stupidity of “experts” who are barely competent enough to predict their own bowel movement let alone predict the swings in technology.

Good news however!  If anyone is qualified to answer these buffoons it’s me.  ME.  I’m a professional Systems Analyst ( a pro damnit!!  You hear me Mom!!  sob! ) who operates in a mixed OS environment so confusing it would make Linus Torvalds puke.  I’ve used technology that would have you convinced I was a Shaman channelling magic from Mount Olympus.  So let me stomp on the haters and start with…

Seeing as comparisons to Microsoft are inevitable, I might as well begin with one.  Microsoft is a big, innovative and highly successful company.  However, technology by itself is not enough to start a revolution.  People need to be connected to it and it must be intuitive.  When it actually happens and all the stars are aligned, it becomes part of culture and somewhere an angel gets its wings.  This is where Apple came in so often.  Only when Apple blazed the trail did other companies scramble with knock-offs such as Zune.

Truth is, Jobs has not exactly been a hands on guy at Apple for many years.  He makes the speeches, but his failing health has kept him out of the big picture for some time.  The iPhone, iPod, latest Macs, etc., have all come from the culture at Apple Campus.  True, at one time Apple needed Jobs to survive when she was an immature punk from the 80’s.  But she’s all grown up now.

Just who the bloody hell is Tim Cook?  He’s the new head cheese that’s who.  Considering his past experience at Apple, it’s safe to conclude that he didn’t just fall off the turnip truck.  Jobs has on numerous occasions let Cook run the show so the man is not exactly a noob.  He knows Apple and he knows Apple’s culture.  This is very different from the Sculley years when a Pepsi exec ran Apple into the ground because he thought a technology company was like a sugar-water pedler.

Cook, like Jobs is the sum of his parts.  Those parts are men and women on the development team. These are the driving forces behind innovation.  If in ten years your iPod towels you off after a shower and cooks you breakfast, you’ll have these folks to thank.

3- THE CULT OF APPLE

Somewhere somebody started the urban legend that Apple advocates have similar brain patterns to those who follow religion.  This is incomplete and misleading data.  A similar technique found that those who preferred Windows had similar brain patterns to those who loved being pistol whipped by prison inmates.  I guess at the end of the day, any company that meets the customer where they live will gain a following.  Apple wants to change the world, so that makes people feel gooey inside.  Can you say the same thing about BP Oil?  Enron?  Microsoft?  No, you can’t.

See what I did there?  Past tense.  That’s like saying Bill Gates is Microsoft.  Bill Gates hasn’t graced the doors in Redmond for years because he’s not running the show there anymore.  His trained poop-slinging gorilla Steve Balmer who throws chairs at board-meetings does.  Yet surprisingly Microsoft goes on, and Windows 7 was actually a decent operating system worthy of a tip of the hat.  That’s because thankfully Balmer is not in charge of development.  Otherwise the next version of Windows would have a startup chime screaming, “AAARRRGGHHH!!!! You f—-ing @##holes!!!”. 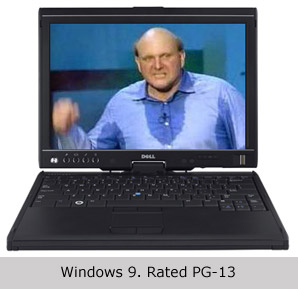 The notion that Apple could only function if Jobs was feeding his life-force into the employees is about as ridiculous as it sounds.  They’re big boys and girls now.

1- NOTHING WILL BE THE SAME

I remember many years ago when a mentor of mine died.  During the funeral reception his pastor and friend made a profound statement, “I guess today everything changes, and everything stays the same”.  For those who knew Steve…his friends, family, co-workers…indeed everything changes.  But for Apple the mission goes on.  In that sense it all stays the same.  Employees will come to work and do the jobs they’ve been trained to do.  New product rollouts will happen just like before.  Stock prices will rise, fall, rise…  And the upcoming iCloud much like every other Apple product will probably consume you, your children and everything you hold dear.  And you’ll love Apple for it.

Few know this, but companies have their product line planned YEARS in advance.  The iPod to be released in 2015 is already on the drawing board right NOW with part suppliers being contracted.  Same with the desktops, iCloud plans, and a whole whack of crazy stuff you’ve never even heard of.  It’s only new for the consumers.  EVERY successful technology company operates this way.

So to those who have a hate-on for Apple, all I can suggest is to seriously grow the freaking hell up.  If you love your Android phone then good for you.  If you dig Windows 8 then rock on.  Just remember, you can’t deny that without Apple you’d probably be using Jaz-Disks instead of USB keys, that the only reason your phone isn’t a brick is because we now have an “App for that”, and creating movies and other fun stuff would remain more complex than Steven Hawkings multiverse theory.

So like a mourning child for a parent, the company goes on.  But unlike the Apple of the mid-90’s that had to practically live in Steve’s basement like an unmotivated hipster, this Apple is grown up and capable of going it alone.  In fact, she’s been running without Steve’s heavy influence for longer than you might think.