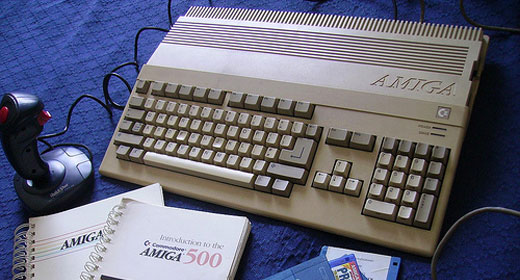 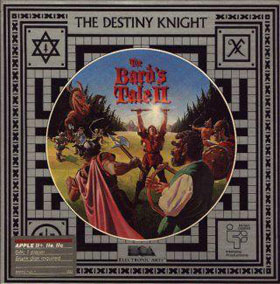 The Bard’s Tale was a trilogy of games made in the 80’s that gained popularity on such technical powerhouses as the Commodore 64 and the Apple II.  The gameplay is simple: Gain experience so that your characters can advance through mazes and dungeons until you reach the ultimate bad guy and kill him.  In this case it is Lagoth Zanta, an insufferable prick with a stupid name who is guilty of something worthy of death.  Whatever.  All that matters is that killing people solves everything.

I completed the first one back in the early 90’s and the 3rd some time after that.  But I never did go after Bard’s Tale 2: The Destiny Knight.  Alas, the time has come to wrap up some loose ends.  With the aid of some old time emulators I created my party and set sail for high adventure!

So with my paltry experience I sought the first villain, a guy who goes by the name Dark Lord, who as I understand is some bad guy holding a princess captive in a BEGINNER dungeon.  And indeed I found him with a beaten party and no spell points left to speak of due to getting my ass kicked every step of the way.  It wasn’t a fight so much as it was a my party screaming like school girls as their entrails were systematically removed… 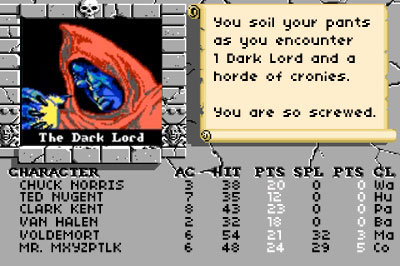 Time to consider my alternatives…

Rather than spend an eternity of gaining experience and gold by killing Care Bears ( hell, I’d do that for free ) it became clear that a little assistance was in order.  In other words…hack the code and give my party instant experience.   Level 10 should suffice, but I figured I’d play it safe and go for Level 50 because I’m getting impatient already.

Thus, my second encounter with the Dark Lord went a bit more as planned… 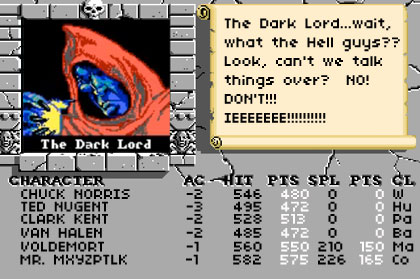 Hey, that was pretty easy!  I guess I can get this game out of the way even faster if I decide to…

According to the manual, the top magic user has some pretty handy spells such as becoming a walking WMD.  So once again I made use of my character hack.  A few more spells could be handy after all, so I did what anyone would do.  I gave my spell casters ALL of them.  Time after all, is money.

Back in the 80’s, if you wanted maps you had 2 choices:  Buy the clue book or forego having any encounter with the opposite sex due to the time it took to map the game yourself.  However, being the failed Casanova that I was, it was simply too much devotion to take away from my valuable masturbation schedule.   But oh joy!  These days maps are a Google click away.  And I used them baby.  Every big bad guy I encountered practically jumped out of the window in terror as my party of steroid-fueled Kryptonians smashed their way into the enemy strongholds.

So each dungeon was “explored” by avoiding the worst traps and solving the necessary riddles with less effort that it takes to make fun of Snooki.   And each “Big Boss” was dispatched with relative ease until my team encountered the final bad guy.  This of course, meant that I had to cope with…

One of the downsides of having a party of indestructible supermen is that any encounter is a fairly one sided affair.   So when my league of extraordinary gentlemen finally went to-to-toe with the evil Archmage known as Lagoth Zanta, he put up as good a fight as one would expect a complete eunuch to do. 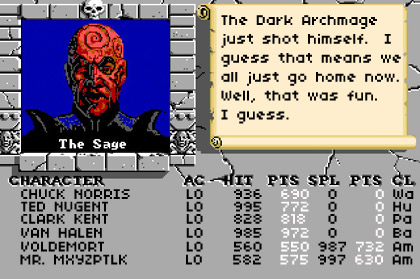 So that’s it.  I can’t say I actually beat the game because I practically violated every rule of playing fair.  But on the plus side I was able to at least waste LESS time.  Can you imagine going through the trouble of mapping, getting the clues, and discovering the complete plot?   For a video game?