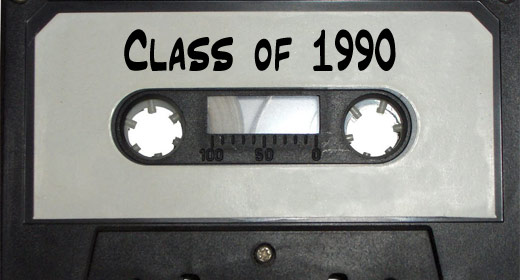 No social gathering brings together more super concentrated hopelessness than the high school reunion.  For a few hours people in their near mid-lives meet and collectively regress to their teens.  It is truly a bewildering study in sociology and allow me to give you 5 good reasons why attending one should go to the bottom of your to-do list.

#5. You Will Be Remembered as the Person You WERE in High School

Back in the day I had a terrible way of dealing with girls and was well known for that trait.  I never just loved them.  I freaking LOVED them.  My overactive libido was my point of failure with the opposite sex.  I was a shy nice guy who would lift the girl of my affections to such goddess status that they felt completely freaked out.  But that was before I realized that Katie was just a trashy slut and that any girl who kisses Jeff… a 2-dimensional redneck best known for his observations on cattle…is worthy of having the pedestal kicked out from under her.  At that point the veil was lifted from my eyes and I realized all women were unredeemable whores. 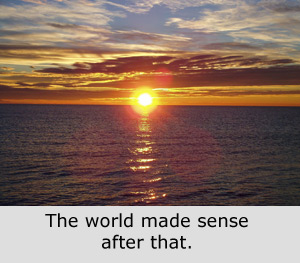 But wait you say…what if I was the successful quarterback instead?   Then it’s worse, and wonderfully so.  Unless you own a sports team, you will be seen as someone who has gone backwards on the road to success.  Were you athletic but are now a fat-ass?  Got lots of money, but are also a divorced wreck?  How’s the hair baldy?  And if you still look good then obviously you have undiagnosed cancer.  You simply can’t win.  Taking solace in watching successful people fail is an American past-time.  And speaking of the race to the top…

Like it or not, everyone in the room will be trying to give off the aroma of success to mask the stench of their life failures.   You’ll have a better chance getting the truth out of President Obama than you ever will out of a room full of 40-somethings trying to one-up each other for the grand prize of not being the biggest failure in the room.

For me the win is easy because everyone expected me to be 1) In Jail or 2) No-one remembers me.  The fact that I have a decent job, a wife, 4 kids who are normal ( usually ) and am capable of running a few miles already puts me on the “Holy Crap…he’s actually a surprisingly normal guy” level.  I can pretty much pop a cola and sit the whole pissing match out just for that reason alone.

That is until the music starts playing…

#3.  Nostalgia is best left to daydreaming.

Face it fellow members of the 40-club, our once rebellious music is now on the oldies radio station.  Gun and Roses…GUNS and Mr. ROSES…the apex of metal attitude is now played in grocery stores and is less offensive than the Care Bear Countdown.   Well you can take the elevator music and crank it up because there will be overweight mid-lifers shaking their booty to “Hungry Like the Wolf” ad nauseam to as late as 10 o’clock at night!

Like everyone else my age, I roll up the car window and sing the lyrics to “Mr. Roboto” when driving to work ( Yes I do the motions too.  And I look spec-tac-u-lar. ).  It’s fun and I can escape the drudgery for a moment.  Privately it’s never a problem.  Collectively?  For reasons I cannot explain, a mental switch kicks in and a part of the group-brain shuts down.  The phenomenon is observable when Lionel Ritchie suddenly is cool and people are “Dancing on the Ceiling”.  You can always count on music to also bring back…

Remember the time you stared in the yearbook at the cute girl’s face while listening to “Every Rose Has It’s Thorn” and then in a fit of emotion tore your clothes off to carve her name in your chest with your little brothers scout knife?  Well I sure do.  The tender love of youth was so intimately linked to the music in such as way that really, should just be left right the Hell in the past.

So naturally when you see Joan after 25 years walk in to the sounds “It Must Have Been Love”, you’ll no doubt remember the incalculable number of times you pleasured yourself to her mental image while hiding in a closet and suddenly realize your brain has played its little trick on you by screwing with the old emotion black box.   But you laugh it off…silly brain got me again!   Just belch and have another low-fat tofu-dog and a Cherry Coke.  Play another song Mr. DJ!  Ha! 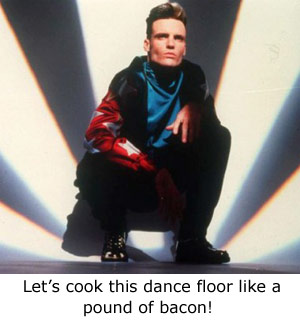 That’s how guys handle it.  But then you have the other side who I will for sake of argument call “single women”.  Their brains are going to a be a horrible mix of wild racoons and decaying estrogen which will make them easy prey for the winds of repressed emotion.  Throw in Def Leppard’s “Hysteria” and she’ll be clawing at every guy in the room like a chimpanzee in heat while being drunker than Captain Lou Albano.

This is turn will lead to someone’s offended wife telling her to “—- off b—h”.  A punch will be thrown and before you know it there will be babe-on-chick punching action like a WWE diva match.  Yes, punches.  That’s because by the time most women are 40 they’ve put that childish slap-fighting to rest and are now full-grown killing machines.  Pandemonium ensues.  But then again, I’m still chillin’ on the couch with my cola…gleefully taking pictures with my iPhone. 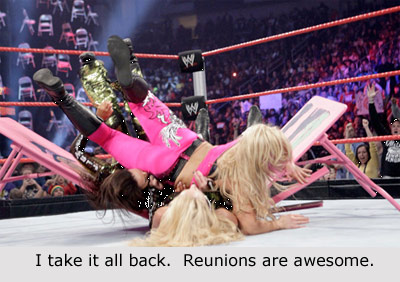 That is until a lone stranger casts a shadow over me…

Being on the lower end of the social totem pole as a kid, I no doubt amassed a higher than average number of adversaries.  But I graduated, moved on and proceeded to pick them off one by one in ways no one could ever link to me. 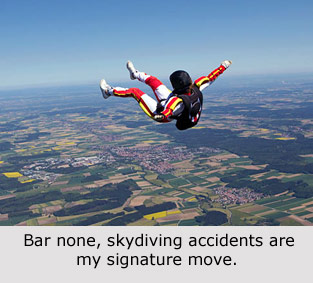 The survivors however have proceeded to occasionally track me down in various ways such as Facebook and in doing so offer the, “Hey man, sorry about the times we took turns beating you with spiked aluminum bats dipped in poison and tossing your half-dead body in an unmarked grave” apologies.   The reason for such snivelling introspection is simple.  Closure…THEIRS.

Trust me, if you love apologies for the past then by all means attend a class reunion.  Feel free to revel in the awkward, painful mess that is watching a fat, aging and possibly pre-cancerous former bully trying to make peace for his past actions.  You might think it sounds cool, but it most assuredly is not.  Especially if you’re on the receiving end of it.

What happens on the playground years ago is fine and dandy enough, but seriously, do you really think I need to relive this crap 25 years later just so you can get your “hey, it’s ok right?” reprieve?  Has it been eating you up?   Got sad news for you: I’ve been doing fine for decades so I can’t say I gave a rats ass for one second about your inner turmoil.  Therefore the closure isn’t for me.  Closure is a just selfish need to feel better about yourself.  Screw closure my friend!   You should embrace that “prickishness” instead of tossing it aside.  Do you think Steve Jobs ever called anyone to say he was sorry?  Bah!  Your weakness to commit to your true nature offends me.

Look Doug, I don’t need your apologies.  I don’t WANT your apologies.  Knowing you live in a trailer with your cat has always been good enough.  What I want is a cold root beer and maybe share some laughs.  Because what happened happened, and it’s all in the past.  We’ll always have the crazy culture of our days to talk about.