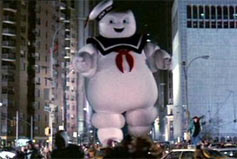 Let’s face it, everyone has a zombie survival plan.  I have several.  Those who don’t just are not reading the signs and deserve to have their brains eaten as far as I’m concerned.  But are we over-analyzing zombies at the expense of a good Revelation Survival Plan?  Now I’m a proper Bible believing chap, so be forgiving when I say that I think the whole popular notion of the imminent rapture is wishful thinking and scripturally just not there.  Sorry my pre-tribulationist friends, but I think we’re ALL being left behind.  Even Kirk Cameron. 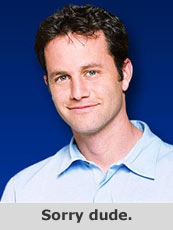 So what do we do?  Well first I recommend panicking.  Go ahead, you can explain it to to your boss later and he can panic too.  There!  All better?  Now don’t worry, because there are some tips to help stack the deck in your favor.  Just remember, any incoming meteors means all bets are off.

Not that I condone going all “Branch Dividian” or anything like that, but there are some places to avoid.  Large urban centers for example.  A good rule of thumb is that if it is bad during a zombie apocalypse, it’ll suck even more during a legitimate catastrophe of literally Biblical proportions.  Man, if you’re prepared for zombies, it seems you’re prepared for anything.

PROS: Any place that fits the description of a John Cougar Mellencamp song.

CONS: Any place that fits the description of a Guns and Roses song.

How many disaster movies do we have to watch before we get it through our thick heads?  The end is near and then WHAM…Los Angeles goes into the drink.  Again.  Call me jaded, but with this much foreshadowing the coast simply has to have it coming.  We’ve seen earthquakes sink Los Angles, rising waters sink Manhattan ad nauseam.  If it was any more obvious, Morgan Freeman would be President.

CONS: LA, Seattle , NY, or Louisiana at any time.

Really, do I even need to explain this?  Unless you expect Beirut to become a romantic travel hot spot, there’s no reason to push your luck.  And you have to agree that when the Armies of the North make their move, you’ll wish you had more than the discount travel insurance you purchased.  Save your money and have the romantic vacation you always dreamed of…in Winnipeg.

You have to give Europeans credit, they don’t often let a good opportunity to riot go to waste.  Now try and imagine cranking the panic knob up to 11 and suddenly the current situation in Greece doesn’t amount to jack-squat.   Unless you’re a seasoned soccer hooligan, you’d best leave this one to the professionals.

Call it a hunch.  Through deductive reasoning and logic I conclude that God disciplines those he loves.  Well, assuming he loves the Catholic church, it may be best to step back from St. Peter’s Basilica to avoid being caught up in the divine trip to the woodshed.  Plus, Islamic unrest in Europe has a lot of attention…none of it good…pointed toward Vatican City.  Insert eerie music here.

PROS: Being a Protestant rocks.

CONS: Expect mugshot of Pope Benedict holding an AK-47 to be the next Che Guevara shirt. 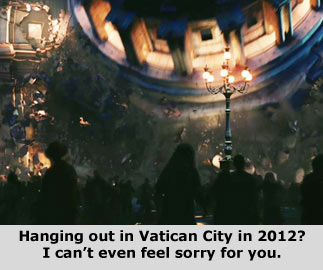 If my hunch about the Vatican going to the woodshed are true, then Russia and Iran are going to the meat-grinder.  A quick read of Ezekiel 38 tells of a cosmic can of whoop-ass that lands right on them for their failed attempt at invading Israel.  You have to appreciate the irony of Russia, a nation based on atheist principles, getting beat down in such a manner.  Hey Comrade, it’s not like we didn’t try to warn ya.

PROS: Israel, if your timing is right!

CONS: Russia and Iran if your timing sucks.

Even with just a little planning, one can increase their chances of surviving long enough to see the earth scorched and society crumble to the brink of extinction.  Well, on second thought maybe beachfront property in LA isn’t such a bad idea after all.