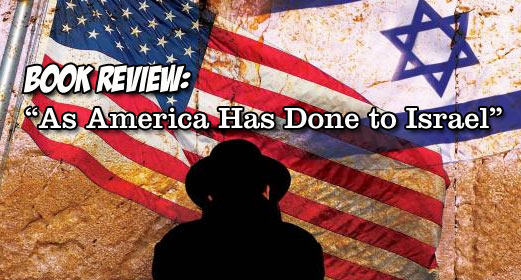 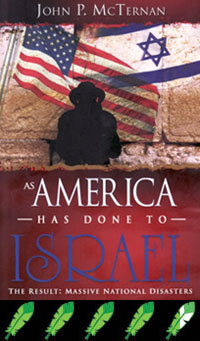 John P. McTernan attempts to demonstrate how the natural disasters striking America are directly linked to her pressuring Israel to surrender land for peace.

When I ordered this book I was well aware of the possibility that the author might attempt to be “reaching” to find such disaster correlations.  However, after reading this I found the evidence somewhat compelling.

As America Has Done to Israel is more than a book that connects the dots between America screwing Israel over and the next hurricane that comes along.  It establishes some history that may not be well known, or in many cases swept under the rug.  America’s relationship with Israel and the Jewish people has been, for the most part, extremely positive.  It was Christian Americans such as William Blackstone in 1891 who more or less founded the Zionist movement.  It was great men such as Abraham Lincoln who welcomed the Jewish people with open arms.

But there’s been a few bumps in the road too.

The Nazi “Bund” camps on American soil that boasted over 40K strong in the late 1930’s are not something we are generally told.  Also, before WWII America and every other nation abandoned the Ukrainian Jews to certain death.  Only afterwards when confronted with war on their own doorsteps did America do anything.

Once the dust of WWII cleared, Americans slapped themselves in the face, told anti-semites like Henry Ford to go screw themselves and pushed hard for a Jewish State.  And indeed, that came to be.

Yet that support is waning.

The author shows how the big change came not with the obviously anti-Israeli Obama Administration ( book published in 2008, so no Obama reference ), but rather with George Bush Sr. who adamantly pushed for a two-state solution in 1991.  Since then, things have been sinking deeper and deeper until you have a situation where today Obama can get away with threatening to impose a “solution”.  The truth is that the Palestinians have no historical right to the land.  They have the right to live there as Israeli citizens which I’m sure kicks the living crap out of living under Hamas rule ( as any Arab-Israeli’s would be happy to tell you!! ).  But they have no right except that which they fabricate.  By the same logic, the American Indians should get a state too. I say North Dakota. 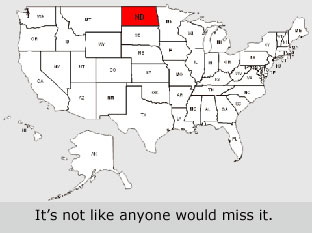 You may agree with the authors correlation.  You may find them coincidence.  I found some may be of dubious connection, but most were enough to keep my attention.  Really, it depends what your worldview is going into this.  If you’re an atheist, it won’t mean anything to you because Israel is an irrelevant country on your radar.

However, if you believe the Bible when it says “I will bless those who bless you and curse those who curse you”, then you will see things with a different perspective.  In a way it can be circular reasoning, but when actual curses come to pass…well, you start to wonder why a Class 5 Hurricane kicks your butt every time you push Israel to give up more real-estate to thugs.

With the current Obama Administration actively seeking to split Jerusalem right down the middle, I am concerned for the future of America. The present political situation also calls for a needed second edition of this book to take the current Middle-East Policy into consideration that is aggressively taking an anti-Israeli stance.  I personally believe God keeps his promises.  Should Obama be successful in splitting Jerusalem, I’ll never be happier knowing I’m Canadian!  I just hope I’m outside the blast radius.

As America Has Done to Israel is a solid read.  My only complaint is the last two chapters spend a lot of time preaching to the choir about the return of Christ.  It distracts from the main theme of the book that really doesn’t need a particular eschatological timeline to make its point in the first place.  Also, the use of the King James Bible makes verse reading somewhat cryptic for those of us born after 1970 ( 2010…hello! ), although I get the impression the author may be one of those “Authorized Version” types ( authorized by a monarchy??  ).  But hey, we’ve all got our thing!  The good news is that he’s certainly not a replacement-theology sellout and that makes him OK in my book!