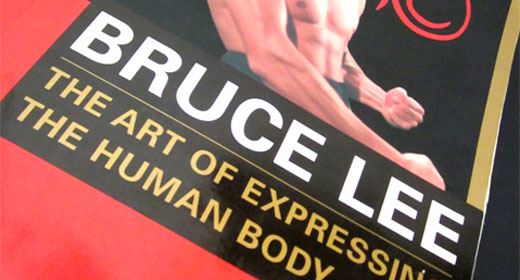 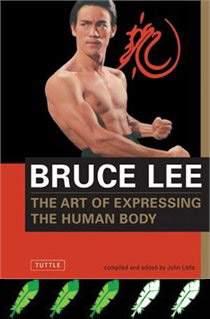 Bruce Lee was a hell of a guy to say the least.  He interviewed incredibly well and you simply hung on his every word…even if those words were sometimes hard to grasp ( “Be like water”.  Uh…ok.  Thanks. )  He was also able to relax tense relations between the then-white xenophobic American majority and the Asian population who were still eyeing one another with suspicion.  Bruce Lee was convinced that showing Westerners the ways of Kung-Fu could be a means of bridging that cultural gap.  True, but in many ways the gap was bridged by the incredibly likeable personality of Mr. Lee himself.

In his starring role in the Green Hornet as the ass-kicking Kato he got more fan mail than the star of the show.   That made it sting all the more when he got passed up for David Carradine for Kung Fu.  But considering that Bruce Lee died of an aneurism while David took the option of hanging in a closet clenching his dick in his hand, I’d say karma was unceremoniously satisfied.

But enough history.  This is supposed to be a review of a book written after his death by John Little titled after an expression Bruce Lee once made.

This book is an attempt to decode the somewhat cryptic secrets of the Dragon’s workouts.  So much that is known about his regimen is only by anecdotes, heresay, and totally “reliable” testimony from guys like Vinnie who swears he knew a cousin of a room-mate that once saw Enter the Dragon.  No doubt the author had his work cut out for him as he interviewed those who knew Bruce and as such often gave contradictory information.  But despite these obstacles, what is put together is a very probable workout regimen that keeps the readers interest due to also being a well illustrated book showing pictures of Bruce from his movies and life as well as interviews from those who knew and worked with him. 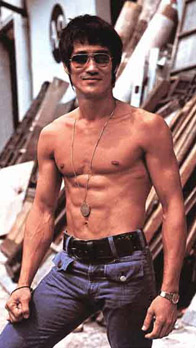 In terms of bringing new and earth shattering information to the table, those very familiar with physical fitness may not find much here that will surprise them.  Clearly Bruce Lee had a “circuit-training” style to his workouts which is evident just by looking at the guy.  In fact, I think that if he were alive today he would look very favourably upon popular workout routines such as the circuit training style of P90X or the max-intervals of Insanity.

But given his fitness philosophy…and in my opinion…I doubt that he look with admiration upon MMA.  That’s mainly because of the muscular bulk that he felt could slow you down should it exceed a certain limit.  Lee wasn’t a huge bear.  He was a cobra.  Plus Bruce didn’t seem to like the idea of a prolonged grappling fight over merely doing a roundhouse kick to your face at the physics-shattering speed of light and then screaming at your unconscious face until your heart stops.

The Art of Expressing the Human Body is entertaining and somewhat informative for those interested in martial arts and perhaps trying to bring their game up from a beginner level.  But at the same time the subject matter is dated and doesn’t take recent discoveries in sports fitness and nutrition into account.  If you love martial arts and are interested in Bruce Lee’s philosophy of fitness, then by all means get this book.  But if you want to learn cutting edge sports science, this will almost assuredly leave you hanging.