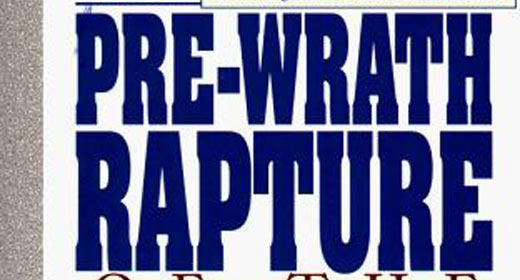 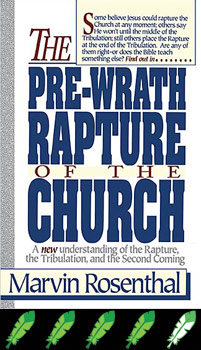 After digging into the history of this book, I found that I am obviously very naive about how much of a golden calf pre-tribulationism is to some people.  I mean, I have no problem with someone BEING pre-trib…or post or a-mill for that matter.  It’s really no big deal.  But man, some organizations are downright MILITANT about it.

Enter Marvin Rosenthal.  Martin used to be an director/editor for Friends of Israel, an organization that publishes “Israel My Glory” magazine ( which I HIGHLY recommend ). A one-time pre-tribulationist, he had to resign his position with FOI after being unable to agree to the pre-trib rapture doctrine.  That alone surprised me, as I really didn’t think it would be all that big a deal.  Guess it is.

Rosenthal does what few books on eschatology do: Form a sound argument.  This is something that LaHaye, Van Impe, Lindsay, etc. never do.  I’ll give Marvin credit, the lad did his homework and obviously knows the Bible extremely well.  So much so that his views are attacked quite viciously by the die-hard pre-trib camp.  I guess they know a credible threat when they see one.

Although there is an abundance of material, there are places where the book rambles on with seemingly unrelated subject matter.  For the first couple of chapters the reader may find themselves tapping their fingers and thinking, “let’s get on with it already!”.  However, patience will pay off.

Much effort is put into making the reader understand that the pre-trib concepts of “tribulation”, “great Tribulation”, and “Day of the Lord” have been re-defined by many modern eschatologists to fit a view that the timeline of scripture does not allow.   One such example, Joel prophecies that the cosmos will go all gangbusters BEFORE the “Day of the Lord”, yet Pre-trib theology adamantly and without justification states that the rapture happens before the cosmic signs.  Jesus also told us to watch for these same events, which would be pointless advise if we’re gone.

The key point of the Pre-wrath view is that the rapture comes sometime after the sixth seal is opened (Rev 6:12).  The tribulation of God’s people will then be cut short (Matthew 24, Mark 13) with the second coming of Christ and the rapture, and those who are left behind on Earth will experience a new definition of “suck” with the trumpets and bowls of God’s wrath (Rev 16:1).  This also means that the return of Christ happens once…not twice as pre-tribulationists mistake. 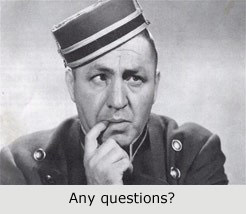 The book goes on to show Daniel timelines and a whole lot more goodies to numerous to bring up here.  It should be noted that while I absolutely love this book, I also do not fully agree with ALL of its conclusions.  I’m personally a bit hazy on what the true rapture WILL EVEN BE, as the whole modern idea of empty laundry seems a bit out of the blue and out of sync with the theme of scripture in general.

If I can grind one axe with this book it is this…the omission of any view on the two reapings in Revelation 14:14.  With the complete absence of any commentary on this, I’m starting to wonder if I have a shelf full of misprinted Bibles!

I should also emphasize that this subject is not a hill to die on for any of us.  I mean really…who can be 100% sure given the amount of differing opinions on the future prophetic timeline?  Truth is, we can’t.  So while it is fine to have a strong opinion, we must remain cool and not dogmatic about it.   But for now I feel it is safe to say that in my own mind at least, I can remove pre-tribulationism from the police lineup.

Despite some minor flaws, this book manages to squeak by with 4 feathers out of 5 mainly because of the groundbreaking work that was put into it.