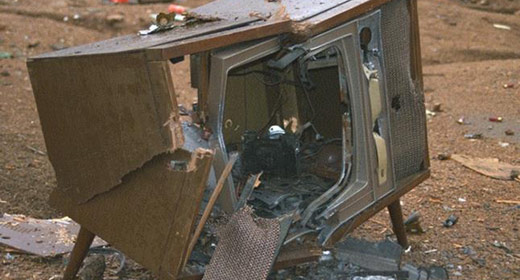 Having sat down with a bowl of popcorn, I thought it would be fun to relive some old classic shows on TV.  I mean, they were the best were they not?  Well time can play games with your head and as such I present the Top 5 Great Old Shows we watched, but now realize just how freaking awful they truly were. 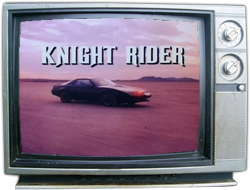 It’s every 80’s boys dream come true.  A talking, indestructible TransAm capable of doing spectacular things because damn it, it has a computer!  Back in the 80’s computers were still considered somewhat mythical in their abilities and thought to be capable of truly impossible tasks such as Matthew Broderick hacking NORAD with an 8086 ( that’s pre-i386 for you kids out there ), or MS-DOS being anything besides a raging pile of suck.

But watching this show today is, well…kind of painful in light of the fact that 30 years later, Suri is as good as we’ve accomplished with Ai.  Knowing what we know now, it’s kind of obvious that you cannot emulate artificial intelligence with a Commodore 64, let alone give it the whimsical voice of Mr. Feeny.

Another thing that was misunderstood in the 80’s was plastic surgery.  In the pilot episode Michael Long had his face shot off and it was remarkably rebuilt by Wilton Knight.  In fact, his surgeon did such a great job he left no scars or anything.  It was thought you could literally get any new face you wanted through the miracle of plastic surgery…except your old one.  No reason.  That’s just the way it is. 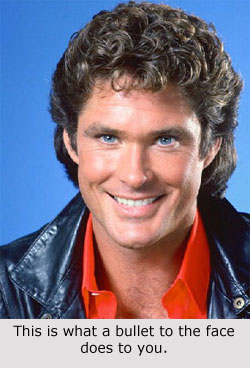 Speaking of faces being blown off, Michael is then guilted into returning the favour to the old man by taking on a new name ( Knight ) and driving a robot car around dishing out vigilante justice while wearing a black leather jacket in New Mexico heat and tight blue jeans with a belt buckle so huge you could serve dinner to the Queen on it.  To make it worse, our hero will no doubt endure hemorrhoids the size of pin cherries on his ass as a result of living 24/7 in a car like a pathetic homeless trucker.

There was some good news however.  The best thing to come out of Knight Rider was the recent re-invention of the show in 2008 which was unfairly cancelled after one season.  It’s premature demise is another reason I’ve vowed to one day unleash a plague upon humanity that will kill you all.  You heartless, filthy scumbags. 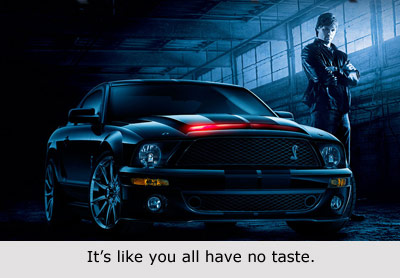 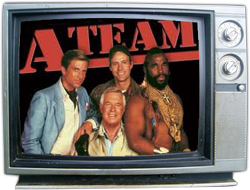 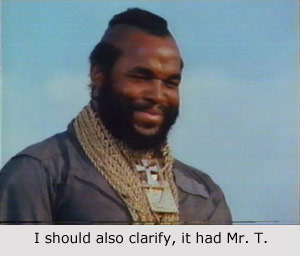 Pop Quiz:  What shoots a million bullets a minute and hits nothing?  If you said a legion of StormTroopers you’d be wrong.  They shoot lasers.  But you see my point.  Should you ever be stuck in a zombie apocalypse just be sure you never, ever, hire the A-Team.  They’ll blow the world up before they got anywhere near a snot between the undead’s eyes.

While unparalleled auto-mechanics, Hannibal and his gang are the worst soldiers ever because while they can indeed hit the broad side of a barn, they’d never be able to hit anyone in it.  This makes me wonder…just what did they do in the army anyway?  Give tanks oil changes and 50-point inspections?  Safe to say they were not snipers.

Wait…maybe not!  Maybe they’re so accurate that every round in their bottomless clips has the laser precision guidance of RoboCop.  When they aim, they’re not aiming at the bad guys ( they would be expecting that after all ), they’re aiming at the pyrotechnics behind the bad guys. 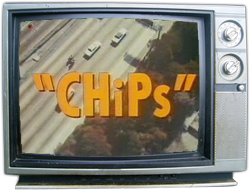 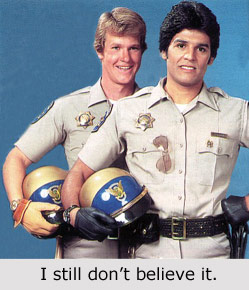 The show was about two motorcycle officers : Ponch ( Erik Estrada ) and Jon ( Larry Wilcox ).  Every episode had traffic jams, disco, near criminal levels of polyester, and pants so tight you could tell if Erik had a vasectomy.  It was quite possibly the most non-lifelike police show ever made.  Shows had literally no violence to speak of and I had a hard time telling if they were meant to be taken straight or as comedy.

So what could you expect from CHiPs?  Multi-car pileups with casualties?  Hell no.  Trying to rescue a lost dog?  Hell yes.  Every necessary item for a police drama was amazingly absent from the plot summary of CHiPs.  It could have been a show about two pizza delivery boys and very little would need to be changed. 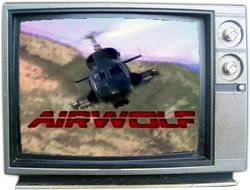 Airwolf was one of those shows that seemed to start off well.  It had an advanced helicopter and some solid acting that included Ernest Borgnine.  And despite its faults, the first few seasons were relatively entertaining as long as you could accept a certain repetition of the plot.

For example, EVERY episode ends with the Airwolf theme song being played and some enemy aircraft getting blown out of the sky when the theme ends.  Total cheese, yes.  But it got worse.  Oh man, did it ever get worse.

When Season 3 ended the show was sent to the trash bin.  Ha!  You wish.  It was sold to Canadian production company called Atlantis.  As a Canadian myself, I wish to say there are some things we do better than America.  Beer and health care for example.  But film production is NOT one of them.

As expected, production values fell to the floor and then proceed to dig to the core of the Earth.  Ernest Borgnine refused to return because he had, well…standards and all, so they killed off his character ( or a double of him showing only his back before an explosion ).  But the joke of it all was that the main actor wasn’t part of the filming…the Bell-222 helicopter itself.  Leave it to a bunch of cheap Canucks to make a show about a helicopter without even having one.

In true Canadian form, recycled footage of Airwolf was used instead whenever the helicopter was shown.  Thankfully the show died after one season allowing the great nation of Canada to go back to making the true television classics it has been known for. 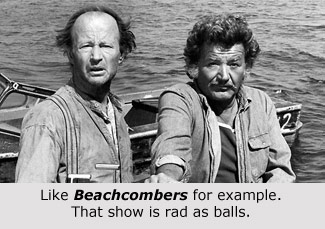 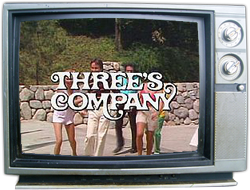 If you need an argument for the existence of Satan and that he roams to and fro on the earth to torment mankind, you need look no further than Three’s Company.  A show about a man living with two women and fooling a landlord into letting them do so by faking gay.  This blight alone is a good enough reason for why the terrorists hate us.  If you’ve seen one episode then you’ve seen every painful one of them that stab your eyes like a rusty icepick.  Let me summarize them all:

I defy you to find any episode that deviates from that formula.  And the worst part?  This bowel movement from the Devil lasted 8 seasons.  You can’t get a full season out of Firefly yet this lasted eight shoot-me-in-the-head seasons and proceeded to get syndication runs well past that.  The reasons from the studio were simple though:  It was cheap to make, and our parents have no freaking taste whatsoever.  So the next time they have the audacity to complain about your generations music, throw this compost in their faces.

The Dysfunctional Parrot would like to state that reality television is worse than every show on this list.