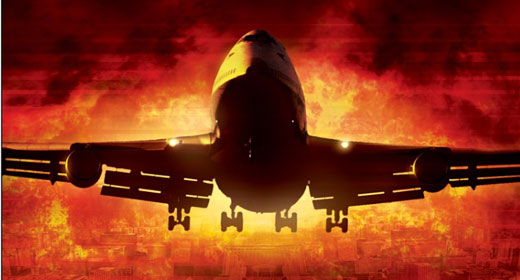 A story about yada yada….like you don’t already know.

Oh, some don’t? Well imagine that every Christian you know just suddenly disappears.  The world panics, and a charismatic leader arises.  Congratulations, you now know the plot of Left Behind which is based on a book series that drags on longer than my Uncle Barry’s fishing stories.

Like the book, the story follows the post rapture events in the lives of two main protagonists, reporter Buck Williams ( Kirk Cameron ) and airline pilot Rayford Steele ( Brad Johnson ).  Through encounters with Pastor Bruce Barnes ( Clarence Gilyard ) they learn the truth of what happened and join to preprare for the coming reign of the Anti-Christ, Nicholae Carpathia ( Gordon Currie ).

Left Behind the Movie, while based on the novel by Tim LaHaye and Jerry Jenkins, is much more the product of Cloud Ten Pictures.  For those unfamiliar with Cloud Ten, they are the Grand-Poobah of C-grade pretribulationist rapture movies that are designed to at least try to scare viewers into the Kingdom of God.   The names say it all with memorable films like Apocalypse, Revelation and even Judgment that boasts the highly sought after acting talent of Mr. T. 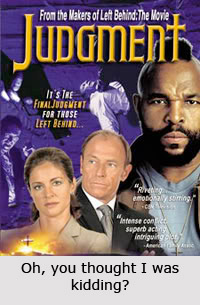 Left Behind is less a movie about evangelism but rather a propaganda piece for Pretribulationism.  Pretribulationism is the idea that the rapture will happen immediately prior to 7 years of God’s judgement on mankind which will end in the return of Christ…who technically already returned at the beginning to rapture his followers…but don’t think about it too much or you’ll need some Dispensationalist-Strength Tylenol.  ( Sorry, inside joke. ) Nobody walked out of this thinking about the gospel. All they thought was that all Christians believed in pretribulationism.

While just about every Christian does indeed believe in Christ’s return, it’s the details and the timing we disagree about.  Does the rapture happen before the tribulation, in the middle, after, or just not at all?   Many big-name Christian leaders such as LaHaye give such heavy weight to their end-times interpretation that anyone who disagrees is often considered an inferior believer. 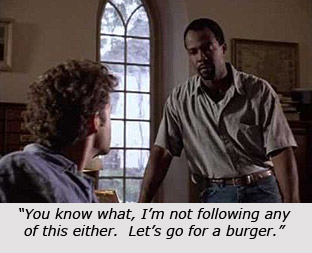 Left Behind gets a split down the middle grade because to be honest, it’s not really a bad movie.  On one hand it actually has fairly decent acting.  Kirk Cameron cannot be faulted for any failures as his role playing Buck Williams is handled very well.  Johnson as Rayford seems a little stiff sometimes, but so is his character in the book!  The problem is the source material that really makes the job hard for the acting talent.   The overall production value ranges from good to cheap.  How can I say that?  Well, the scenes that involve people talking and stuff are done well, but any special effects are a washout.  Most involve a trip to the local Halloween store to get some fake blood for the faceless, injured wanderers.

There is a moment that stands out for me though.  It’s a scene with a sad pooch standing next to the clothes of its raptured owner.  What about the dog??? 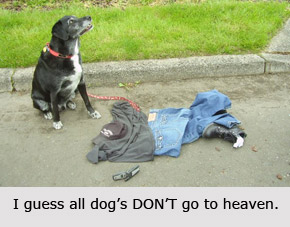 In the end, we can finally say that maybe this whole rapture-mania is going to burn itself out.  Now that a feature film is done there shouldn’t be any more…

What?  They’re doing a remake?