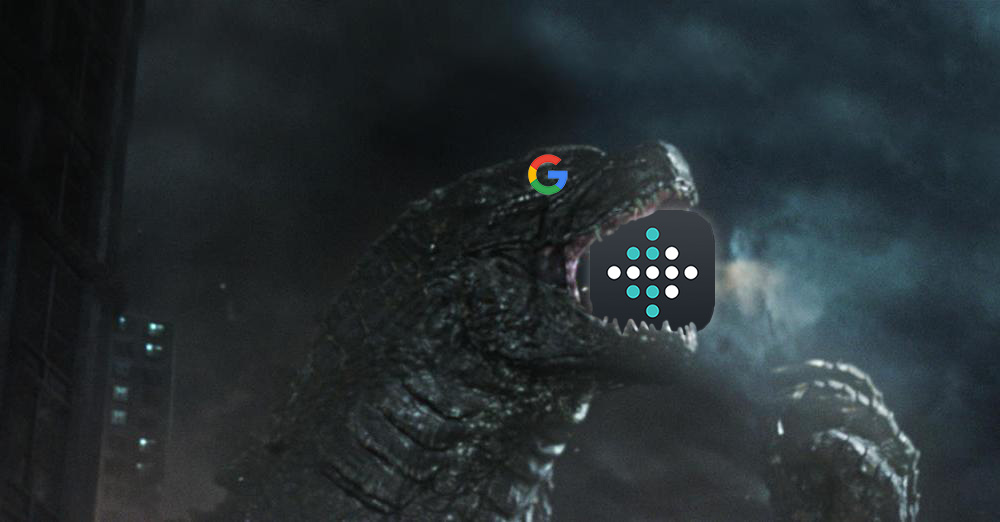 Well, it finally happened.  Fitbit was bought out by the all-seeing juggernaut, Google.  Reports say Google paid for it with the change between the sofa cushions, 2.1 Billion dollars.

As an owner of a Fitbit, I truly liked what the company offered.  While I’m sure the Apple Watch may have been better in some ways, that friggin’ logo also made it a whole lot more expensive.  Android-wear did a great job sucking golf-balls trough a garden hose, so Fitbit was where the rest of us gravitated to.  It did the required task and did it exceptionally well.  And the best part?  No monolithic tech-company hoarding your data.

Well, it was nice while it lasted.

“I for one welcome my robot overlords”

Call me naïve, but Apple isn’t ( yet ) in the business of data hoarding to the extent as Google because they don’t do targeted advertising.  Sure, they know what you had for breakfast and even if your wife secretly has a thing for the gardener…but they’ve always had a soft touch with your data.  Yes, I also expect that to change, if it hasn’t already.

Google on the other hand, has been very aggressive in the other direction, and makes absolutely no secret about it.  While Apple gives sweet caresses to distract you as she steals your wallet, Google has you cringing in a corner as she puts on the “strap”.  But then again, she gives Google Docs for free, so we overlook the weird stuff.

With Fitbit added to the mix, not only can the Big-G know your browsing history but now they can know your physical activity.  Are you a sedentary slug?  Expect pop-ups for treadmills and weight loss programs.  Cross-fit monster?  Protein powders, active-wear and pain reliever ads are coming your way. Bouncing physical activity during bedtime hours?  Viagra, adult toys and crotch-less underwear are going to haunt your every surfing moment.  Anyone looking over your shoulder seeing your ads are finally going to realize what a demented freak you truly are.

Know this, I will have a Google Home in my castle when Hell freezes over.  That or Los Angeles, I can never tell the difference between the two.  Same goes for Amazon Alexa.  You couldn’t sell me one for a Nigerian dollar.  Having a microphone constantly sending data back to the Illuminati seems to go against common sense and I’m not sure my tin-foil hat can withstand the onslaught.  My generation grew up reading 1984 and Fahrenheit 451, so it baffles me why people would voluntarily compromise their privacy just so they can ask Alexa what the score was for last night’s game.

But let’s assume you’re not like me ( that’s not a bad thing ) and decide to go all-in on the devices.  Taking your fitness data and adding it to your home data has unique possibilities.  But it’s not like Google can track your every step…oh, no wait.  That’s exactly what they can do.

There is good news!  Google will now be able to categorize people by their ability to add to the benefit of the species.  These guidelines will bear a striking resemblance to those in the movie Zombieland.

The first rule of Zombieland is of course, Cardio.  When Google finally becomes sentient and activates the army of T-800’s hiding in their bunkers, the fatties are going first.  That Fitbit is going to rat you out like a stooge the second that switch is flipped.   Better put down the chicken-wing and start doing some push-ups is all I’m saying lest you get an unexpected knock on the door.

While the idea is initially horrifying, I’m a glass is half-full kinda guy.  When the SHIELD sky-lasers are activated to take out those who keep going for second dibs on the pie, I’d like to think fitness bloggers such as myself will reap the rewards of a thinned herd.  I expect shorter lineups at the Home Depot and faster commutes as I weave past the charred remains of my fellow humans.  Really, I get giddy just thinking about it.  Inevitably, people will also be put into genetic categories.  Just be cautious if the tech giants ever have a project code-named “Soylent Green”.  Might want to pay attention to that one.