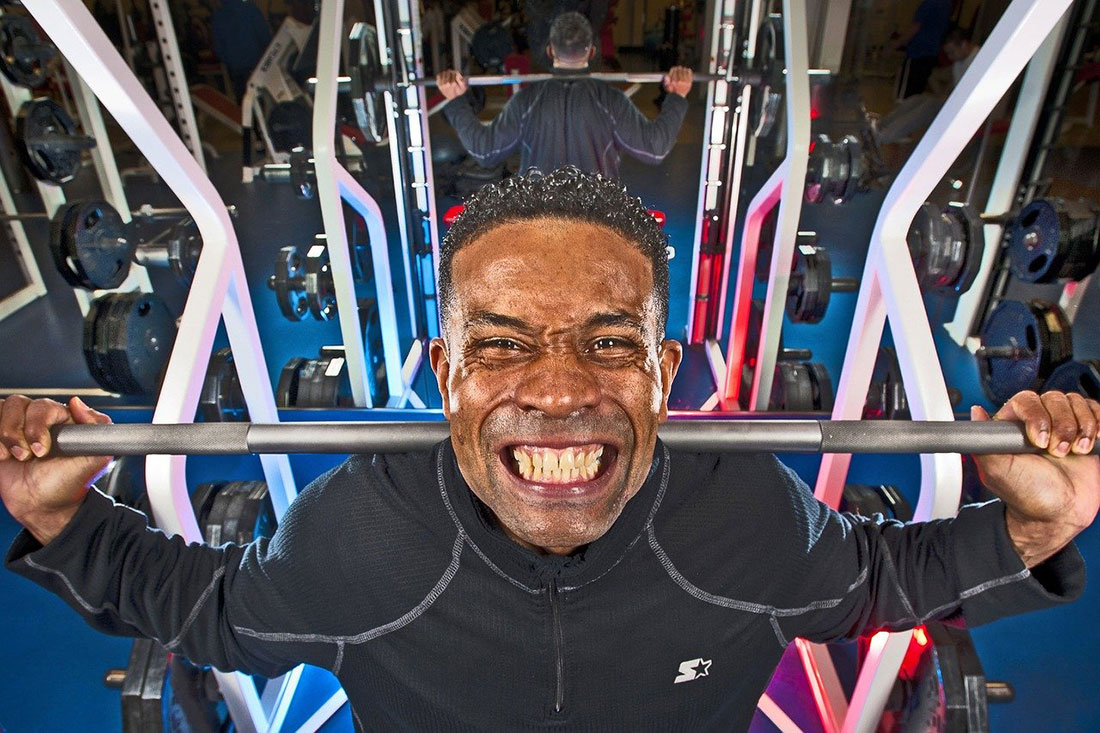 The big push for the last decade was simplifying the fitness equipment one needs to get a Wolverine physique.  I remember when I was doing the earlier Beachbody reviews and their programs required little else except free-weights and a pull-up bar.  Those were the good ol’ days.  Slowly that evolved into step ladders, resistance bands, stair-steppers and those ridiculous sliding Frisbee’s.  I suppose the idea to add equipment was sound, even if they got exponentially sillier over time.

I don’t want to repeat myself too much from what I have said in my book which rumor says has reached the best-seller list in a Dublin, back-alley Irish-pub.  I discuss in detail many of the types of equipment one should own and those to avoid.  So instead of parroting myself ( ha…pun! ), let the kids go hungry and buy a copy.  Make it snappy too, my Tesla payment is due.

No, instead I want to discuss the latest toy I’ve been playing with.  And while I’m fairly close to being a free-weight purist, even I have to admit there are some things a gym has which make life so much more convenient.  Of all things, there is one that draws me in like a Liberal Arts student to a soy latte.  The magnificent squat rack.

For years I’ve been doing what I term, the “Beachbody Squat”.  Just about all video programs, even Body Beast, fail to explain how to do a proper squat.  I learned this the hard way when I was just about incapable of performing a squat just based on the mechanics alone…forget about even adding weight.  Sadly, the 100 lb cardio-bunny next to me was kicking my ass.  Me and my son could only hang our heads in shame.

I recommend watching some videos to learn technique, but the basic idea is chest up and ass-to-grass.  This exercise will do more to encourage muscle growth than just about anything, not to mention the turbo-boost to total-body-mobility.  If you can perform good squats with decent weight, you’re probably doing just fine in most other places.

Depending where you hang your hat, going to a gym might be your only option.  Condo and apartment dwellers should not even consider owning a squat rack.  While you may rock that 400-lb power-lift, upon drop that sucker is going straight through the floor at terminal velocity…the neighbor’s floor…and probably stopping several stories down just 2-feet from Beatrice who was trying to have a quiet sponge bath.

A good modification is the Goblet Squat, which seems to get all the same motions.  Initially, weight likely won’t be a factor.  It’s mobility.  The hip-flexors may respond like Al Pacino on cocaine, which is probably the same as just being Al Pacino.  Get that form right and over time things are going to improve everywhere else.

Next:  Often mechanical limitations are due to certain parts of our body that get ignored.  The chief one often being spinal health.