If imitation is the sincerest form of flattery then Tony Horton must be the most flattered fitness trainer on the ever loving planet.  That brings me to Tom Holland’s Supreme 90 Day which is the latest in a line of P90X imitators.  The box says it all.  90 days.  Muscle confusion.  The only thing missing is “Bring it” on the box.  Right down to the finest detail, Supreme 90 Day tries to pass itself off as P90X in the hopes your Mom will buy this by accident for Christmas.  The differences are obvious however once you push play. 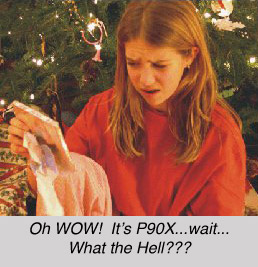 So without any more delay, let’s Bring It!  Uh, I mean…aw screw it.

Just weights and a stability ball.  No pull-up bars, benches, bands or anything fancy.

I see these workouts all have the same stock 5 minute warmup-up and cool down sequence.  I hate those but roll with it.  Then the workout begins which oddly enough, has another warm-up.  There is also no time bar which is too bad, as I’ve really gotten used to those.

Bottom line, this particular workout is a mess.  The instructor moves way, waaay too fast and does not explain the sequences at all as several times I was half way through push ups, and he was off doing something else.  Be prepared to hit pause a lot or you’re going to be left behind and forget about using your worksheets as you’ll never get the time.

I felt very frustrated after this workout as I wasn’t given enough time on any move to get a burn.  And then BAM…it’s over in 22 minutes??  I had to do a Body Beast routine afterwards because I felt more ripped off than my wife did on our wedding night ( love you Babe!  Ha! ).  Feel free to use this DVD as a coaster. 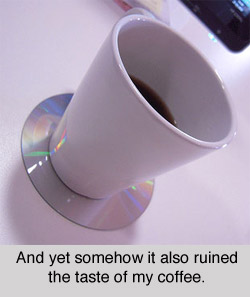 Stability ball is certainly not one of my strong areas.  But I have to give credit where it is due, this is a good core workout that goes right after the abs and lower back.  Tom also does a much better job explaining the workout here than in C&B so I hope this is a sign of better things to come.

This was surprisingly very challenging as moves like Stab Ball Pikes and Ski Abs really made me work.  Some of the coffee shop music was a little cheesy, but then again, $20 right?  All in all, a solid core routine.

Sounds like a good hot sauce.  But it’s plyo, cardio, weights, push ups, abs…it’s a cardio-circuit pot-pouri!  Each move lasts 20 sec with a 10 sec break.  It’s broken down into drills so you repeat each drill generally 4 times before moving on to the next.  And even better news…someone handed Tom a stopwatch. 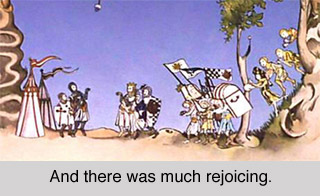 This was actually kind of brutal and I had to take a needed rest more than once.  This is probably the best of the batch and I guarantee you’ll be out of gas at the end of this one!

For whatever reason this starts with a 3 minute abdominal warmup ( after stock warmup ) before moving into the weight training.  To be clear, this is more of a cardio weight routine that will indeed burn the muscles but won’t likely give any significant growth due to its short time on each muscle part and overall workout length.

Shoulders and Arms is what you’d expect with various curls and presses.  Nothing out of the ordinary, although the music in some places makes me feel like I’m having a 70’s flashback.  In all a good DVD and a serious improvement over Chest and Back. 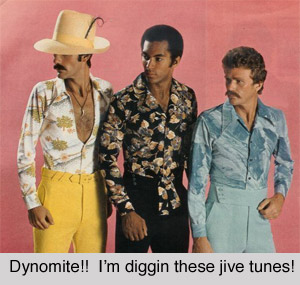 No secret that I really don’t like Cardio X and consider it a weak point in P90X, so I’m eager to see what Tom has brought to the table.  The good news is that this particular workout is vastly superior although nowhere even remotely close to Insanity levels.

There’s not a lot of plyo here but the use of weights in many moves really helps get the most out of your time and gives a strong core focus.  Each exercise is 30 seconds followed by 30 seconds of rest.

However…be careful with the last move.  The Running/Pumping Shoulder Presses are in my opinion, a concussion waiting to happen that will smash your head in like a rotting melon should your co-ordination be even slightly off.  I suggest doing some jumping jacks instead to maintain your cranial integrity.

Starts off with a round of abdominals so at the end of it all you’re probably only going to get about 15 minutes of actual leg work.  That work would be squats, lunges, lifts and some stability ball work in a sequence of moves repeated twice.  A good leg warm workout in a pinch, but you won’t be training for any track and field with this.

Well this is different.  It now has a lone person demonstrating the correct move before things get rolling.  Oh, and that funky music that makes me feel like I’m chillin’ at a funkadelic pad.  Seriously, I have no idea what I just said.

Total Body starts with abs and proceeds to go after your body with plyo, push-ups, dumbbell swings, rows, presses, lunges…pretty good stuff.  It seems as we roll along that Tom is getting better at this.

4 circuits with 30 second exercises with a 45 second rest in between.  It’s what you’d expect from a core workout with planks, abs…and music that makes me think a pizza guy is going to accidentally walk into the girls locker room…if you know what I mean.

It’s a good DVD.  Short, but still effective nonetheless and your innards will feel it.  Especially if you do those ill-advised Running/Pumping Shoulder Presses and spill your brains on the floor from a dumbbell going through your skull.

If the rest of the DVD’s were as well thought out as this one I would certainly increase my review score accordingly.  With this you get time, explaination and for the most part better music.  It’s like someone shot the previous director, or at least took over his body.

Back and Biceps is good old fashioned curls, rows, lifts and stability ball work.  It’s also the complete opposite of Chest and Back ( did I mention that one sucked? ).  By the time this is over you will feel like you got something good for your money.

Again you start with a few minutes of ab work and a warmup which would be in addition to the stock warmup.

CST is pushups, presses and kickbacks using the stability ball where necessary and is fairly solid, but I would more closely liken this to a total body workout as the core focus is quite high.

OK, first the million dollar question that I better answer…is this as tough as P90X?  The short answer is no.  The long answer is HELL no.  Not even close, and I take issue with the reviewers who say otherwise.  Heck, I’ve seen some give this program a darn near 100% score.  Those people are either insane, freaking high or both.  But then again, we’re also taking about $20 here, so that’s probably a big factor in their ratings.

But again, I have to get back to the price.  If Tony Horton sells P90X for over $100 and lives in Santa Monica, then Tom Holland must live in a van down by the river selling Supreme 90 Day for only $20.  So it’s hard to be too tough on a workout package that goes for that cheap even if some of the routines are just plain awful.  Because despite some disposable DVD’s, some of them are actually very good.  Even if you trash the bad ones it still comes out to a good purchase for the beginner looking to start up their home fitness on a limited budget.

In the end I have to give this a pass based on value despite the shortcomings in its production.  Were it more expensive I would drop the rating accordingly.  For example, if this was the same price as P90X I would give it 2 feathers.  Yet for someone new to the world of fitness videos this would be an affordable way to find out if they even like to exercise in front of a TV in the first place.  But after this I recommend moving on to something more substantial and better made.  3 Feathers out of 5.

While Tom Holland is a proven trainer, he just doesn’t come through with Supreme 90 Day.

Some workouts are actually not bad

Starsky and Hutch fans will love the music

Workouts are often a mess