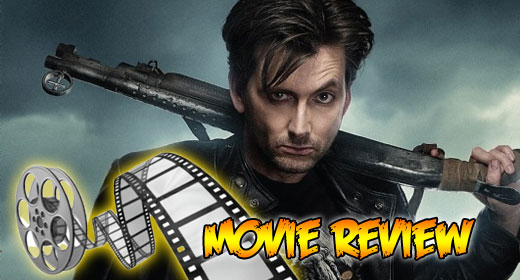 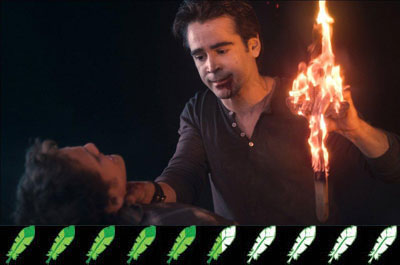 I’m not sure if I was a fan of the original.  I mean, I only saw it 5,438 times!!!!!  Alright, so I’m guilty of having a man-crush on my old pals Charlie Brewster, Peter Vincent and Evil Ed.  But it was back in a time when vampires had fangs, attitude, and most importantly…balls.  They were the complete opposite of the reinvented pale, glittering, starved eunuchs that cater to pre-pubecent young girls and their ambiguously gay boyfriends.  It’s almost hard to remember a time when the genre wasn’t the joke it is today. 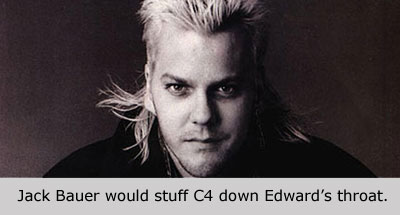 Fright Night is a story of a teenage boy ( Charlie Brewster ) dealing with a vampire who has moved in next door and is on a killing spree.  It’s up to him to protect his mom and girlfriend with the help of Peter Vincent who is an actor that must eventually become the vampire killer he pretends to be.

It’s hard to say if watching the original would benefit the experience of watching the reboot.   The cast has big shoes to fill and some are up to the challenge, while others are not so much.

David Tennant ( of Dr. Who fame ) as Peter Vincent is casting genius.  As much as the original Peter Vincent as played by Roddy McDowall was heavily inspired by Vincent Price, Tennant instead copies the style of Criss Angel.  That makes sense for a new generation who probably has never even heard of the immortal Mr. Price.  But for the sake of fairness, let’s just call these uninformed people complete freaking idiots worthy of the Twilight crap they now roll in like dung coated swine condemned to the meat grinder.   What is a true shame is that here, Peter Vincent has such a small part to play.  Only until the last half hour does he really shine and even then his character is not utilized to his full potential.

Colin Farrell as Jerry, the vampire next door is an all-out bad mutha.  His mannerisms and his style is just downright freaky…and that’s exactly what will make you change your Depends undergarment.  He depicts the characteristics of someone who’s been around a few hundred years by being smart enough to toy with his prey.  Just when you think you’ve won the race, Jerry the vampire stands at the finish line with a smile.

And now the downside…

A pet peeve of mine is CGI and how much of a crutch it has become for Hollywood.  I understand it’s needed, but I miss the old days of real make-up that add to the authenticity of the moment.  When Amy changed to a vampire in the original, it was almost as frightening as Randy Quaid getting out of the shower.  Here it still has kick, but just not in the same way.

Another area where Fright Night slips is character development.  For example, Evil Ed was a considerable part in the original, but here he seems shoehorned into the plot.   Anton Yelchin as Charlie Brewster surprisingly does a very good job of reinventing the character.  And equally unsurprisingly is Imogen Poots as Amy who is clearly eye candy.  Whereas the original had a surprisingly steady story arc for a camp film…here?  Not so much.  At times it can be disjointed and much like sex with my wife during our 16 years of marriage, the moment of the actual climax is unexpected and happens several times before it ends. 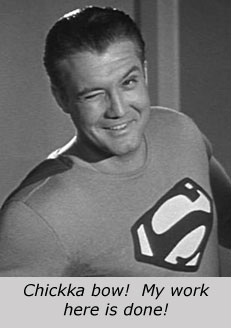 At the end of it all, Fright Night is a campy reboot of a campy film.  It’s an exactly 2 hour long foray of holy water, crosses, and stakes through the heart, goofy fun.  And while it is indeed entertaining, it’s not very likely to ever survive the test of time like its predecessor.  But such is the fate of nearly all reboots that are not made by Christopher Nolan.

Now considering that I am indeed a Christian, some might give me flack for reviewing a movie about vampires.  Tish pishah nonsense I say ( while sipping an Earl Grey tea ).  I don’t advocate vampires at all.  Rather, I wholeheartedly endorse jamming a STAKE IN THEIR HEART!!!  That by itself should show whose side I’m on here.  In fact, why stop at vampires?  I say lets go the extra mile and eliminate the fans too.  The perfect place to start is by eradicating the creepy-as-all-freaking-Hell “Twilight Mom’s”. 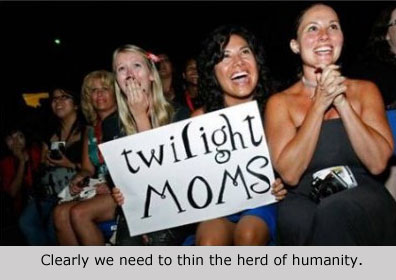 A good rental, but not really worth going to see in theatres.