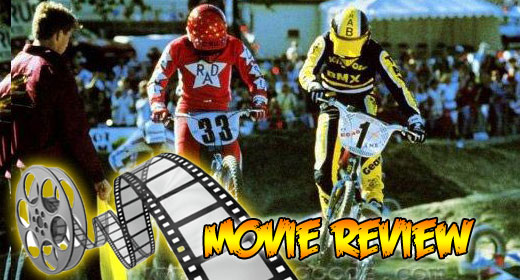 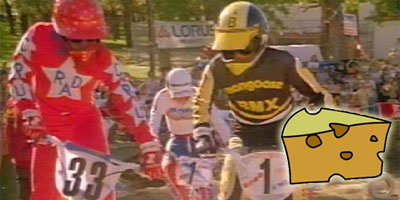 Even though I was heavy into BMX freestyle as a young lad, I never saw the movie RAD!.  Maybe it was because I grew up in the middle of absolute nowhere and the local theatre didn’t play stuff it knew nobody would go see.  No doubt this was for the best, as I’m still living with the consequences of seeing The Karate Kid. 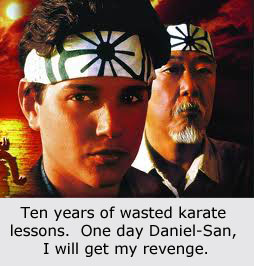 I guess the 80’s have been coming back a little strong.  The pants, hair, and yes…even BMX to a limited degree.  Makes me long for the day I had my Hutch Pro Racer which was easily the most awesome bike a boy could ask for.  So based on that, I sat down and watched RAD!  Ohhhh boy….

There’s no much 80’s cliche that oozes from this movie it will be nigh impossible for anyone under the age of 35 to survive the experience.  It has it all: the grumpy older people, the misunderstood young kids, the pretty girl, and evil men with moustaches.

The acting in RAD! is clearly not the strong point of the movie. That is evident within the first thirty seconds of the film. However, were I forced to describe the plot lest a live jumper cables be strapped to my nipples, it all centers around our daring hero Cru Jones ( why not just call him Dash Riprock? ) who has the acting proficiency of a grapefruit. 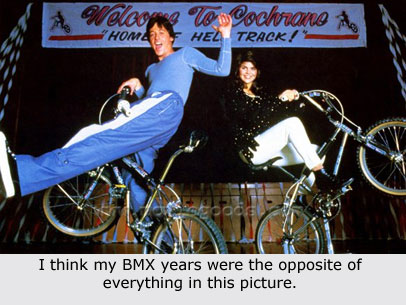 Yippie yahoo…he practices, he qualifies, he wins.  All in the face of adversity which I guess is from the over-the-top pure evilness of the factory riders who apparently were more popular than David Lee Roth.  It’s another carbon copy underdog story that we’ve all seen before.  Only in this case the bad guys have no real motivation except a genetic predisposition to being douche-bags.

Good news it that the despicable antagonists are easily identifiable.  They wear sweaters, have enough mousse in their hair to drown a horse, and will blind you with their polished teeth and shiny blond hair.  And of course they all wear the same outfits like Star Trek aliens, so they’re easy to distinguish from the good guys who dress like normal people.   Normal 80’s people that is.

To fill the gaping slow points, there is lots of musical montages.  I lost track after around the 1263rd.  The high school dance will be worth the watch alone just for over the top 80’s cheese.  It’s like a bad Michael Jackson video plugged into a flux-capacitor and then smashed into your brain by Han Solo with a lead pipe.

But there is good news here.  I’m cured.  My dream of restoring an old BMX bike has been purged from my system and I shall gladly go forth into the night working in my cubicle.  Or at least do as my wife suggests…restore something that can get me to work and back!

PROS:  I never saw this as a kid. Clearly there is a God.

CONS:  The amount of hair spray clearly goes over the legal limit.  Considering the insane amount of musical montages, someone must have been pushing a soundtrack.

RATING:  Pure Velveeta CHEESE.  Honestly, how can a guy rate this?  You simply cannot rate nostalgia!  That having been said I wouldn’t recommend busting your butt tracking this down.  In fact, best to spend your bargain bin money elsewhere!