I love Apple, I really do.   I own an Mac, a few iPods and even work with OS X at my job.  Plus, the last person who asked me to do work on Windows is cut up into a dozen pieces and buried in my backyard.   But damn it Apple, I think maybe you’re starting to freak me right the heck out lately.   Or maybe it’s not Apple at all, but rather the iCulture that has blossomed from their innovations.   And it’s not just one thing either…

Do a little social experiment and head to a shopping mall.  About 6 out of 10 people will be staring into their iPhones or Androids.  Sadly, I’m not making those figures up.  But then again that’s just the kids in the food-court right?  Sigh.  I’m afraid it gets even worse.

During a recent trip to the doctors office, entire families were waiting and gawking at their portable brain numbers.  I thought it was a fluke until family after family passed through.  All doing the same thing.  Then we went to the food court and again, the same thing.  Eventually my 9 year old son asked me what was wrong with everyone and the only answer I could give was that these devices have taken over their cerebral cortex, and that any moment they may become flesh eating zombies.  After a simple tutorial on how to “aim for the head”, he felt much better.

I understand that some people need to read their e-mails right away.  Maybe grandma is on the iron lung or you simply cannot loose out on discount Viagra.  You need e-mail, and so does your penis.  I get it.

But casual surfing?  What is so important that such a large demographic simply must seek it out on a 4 inch screen?  Granted, DysfunctionalParrot.com is practically worth killing for to satisfy your insatiable desire to be here, but between you and me I have to admit, the mobile theme for this site ( and most others ) blows compared to the full version.

Unfortunately, the iPad and similar devices have made the experience more tolerable.  Thus, we can remain internet obsessed creatures of habit for hours on end.  Hooray for humanity.

Surprise….I’m Amish.  I even homeschool because the public system is, if you’ll pardon my expression, churning out illiterate retards at an exponentially increasing rate.   As such, my kids, 9, 6, 3, and 1 have extremely limited access to the internet.   Especially the 1 year old because he’s just a loose canon.  And what about having their own personal computing devices?  No way.  “But hey!”, you might shout, “doesn’t that mean they’re having their education suppressed?”.  Oh ye of little intellect…

There is a method to my madness.  I just don’t think a kid should sit glued to an LCD screen because in reality it doesn’t teach them anything except how to hand over their higher brain functions to  Google.  The little trouble makers should be outside making mud-huts, baking a potato with an Archimedes Death Ray, or saving the town from vampires. 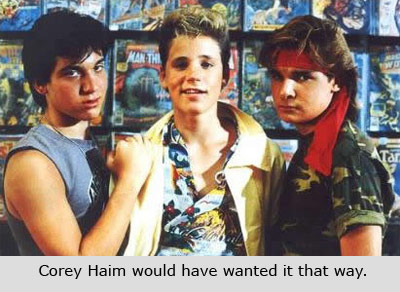 But that’s not even the main reason.  We should consider our part in ushering in the death of communication.

When junior spends more time becoming familiar with ROFL, LOL, UR or DEAR LORD STOP KILLING GRAMMAR!!!!!   I’ve met only a handful of those under 15 who have any ability to write legibly anymore and many adults don’t fare much better.  Even at work when I get an e-mail from anyone with “internet lingo” I immediately drop 30 points from their IQ and assume they’re far to stupid to e-mail back  ( it’s YOU ARE not UR you dumb sons-o-bitches ).   I love proper english and watching it die is almost too much to endure.  It’s a pandemic.  Texting is not helping people communicate…it is literally destroying the language as we know it!

Kudos to Apple for bringing instant literature into our hands.  I can’t tell you how many times I’ve wished I had a copy of the Kama Sutra, only to reach over and grab an old Batman comic instead.  Yeah, Kindle had the edge, but until the iPad came along nobody was paying Amazon’s creation that much attention.

I should also reign myself in and clearly state that print media is not dead.  It will not die within our lifetime because no tablet can replace the tangible, dog-ear ridden pages of a good paperback.  Plus, you can go to the library and load up on tons of literature that would otherwise force you to take a second mortgage on your house should you buy the digital versions.  Print media is here to stay for a long, long time.

What I’m really getting at is time management.  How much time does a person read a book on their tablet?  Write that number down.  Now above that write down the number of hours spent playing Angry Birds.  Sit back and watch the universe explode because you have, mathematically speaking, divided by zero.

The excuse that iPad’s are great education tools is the same excuse that got my parents to buy me a Commodore 64.  Sure, I could have used it for education like a total square.  Or I could play Donkey Kong, Centipede or even the original Castle Wolfenstein. 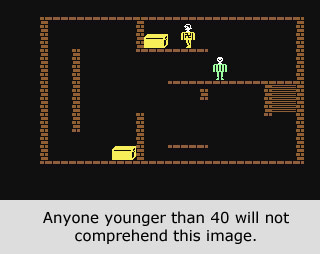 #1.  The pendulum may become the wrecking ball.

I’m not saying having an iPad, iPod, Android, Blackberry, or whatever will make you stupid.  Well, actually a Blackberry will…but I digress. 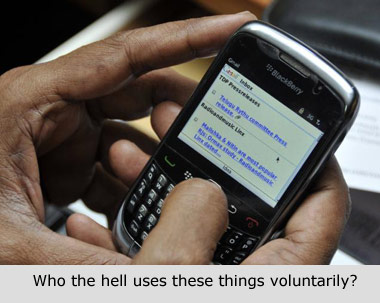 But like everything in America, we swing to the extreme.  We can’t have one glass of wine without becoming a boozehound.  We can’t eat in moderation if there’s still food in the fridge.  And we can’t just tell someone to go away without dismembering their body.  Hey, I understand.

Still, there must come a time when we unplug ourselves from the barrage of  information that we can in all likelihood, live without quite easily.   So go ahead and disconnect your mind from the grid.  You might even like the real world!