Few things compare to the unique relationship between a man and his car.  Thus I present the end of a legacy.  My 93′ Dodge Shadow to be exact.  A car that while not being exactly impressive, still had it where it counted when the time came to saddle up.  Dare I say, if it was a drunkard in a seedy tavern it would drink your pretentious Lexus under the damn table.

Thus, I say goodbye by presenting the top ways my car was just so much better than yours.

I’m not saying it wasn’t ever stolen…because shockingly enough I woke up one day and it was gone.  In fact my first thought was, “who is stupid enough to steal MY car?”.  But after a week it was found, and I had to make the long walk through the impound lot to retrieve her.  When I saw her, the officer just made an apology for my car’s current condition.

“Oh no…it always looked like that.” $50 for a new steering column, I was back on the road.  Suck it crime.

So while the car was not theft proof, it certainly couldn’t suffer much more damage because of it.

My car never needed oil changes for the last 2 years.  That was because it was able to shed oil and simply needed a new quart or two when the engine light went on.  This meant that the oil in my crankcase made your new cars look like a bowl of Louisiana swamp scum.  KITT was never so user friendly.

Same went for the muffler.  Tailpipe rusted?  Sheeeeeet, just go after that baby with a hacksaw, a handful of adapters and various muffler clamps, finish off with a coat hanger and you’ve got an ace muffler job for under twenty bucks.  Just pay no attention to the rattling noise. 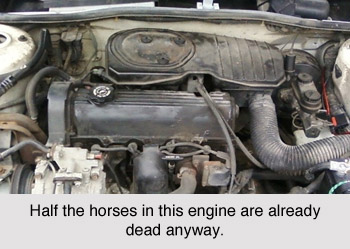 The fact is that when your vehicle has crossed the line, there’s a significant amount of financial freedom in saying, “the hell with it!”.

There’s something beautiful and wholesome about a classic stereo.  Especially one where 3 out of 4 speakers have stopped working.  Having one half of the stereo sound missing means I can enjoy Van Halen as if I was listening to it for the first time. 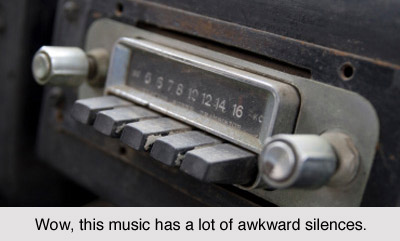 Perhaps it’s mice chewing on the wires or maybe just a general corrosion of every single electrical system in the car, but the stereo, like everything else in the car, requires more fist pounding to get working than Doc Brown’s time machine.  If this car was any more hands on it would need a starting crank.

Any moment my car could have killed me by means of a critical mechanical failure.  My guess was that the mystery wobble on the front tires would play a big part in the commencement of my eternal destiny.  Was it a balance problem?  A tie rod about to snap?  Bad brakes?  Seriously my dear friends, who cares?  Taking it to a mechanic would ruin the surprise of guessing whether or not I make it to work or go flying off the bridge into the railroad tracks below in a blaze of glory. 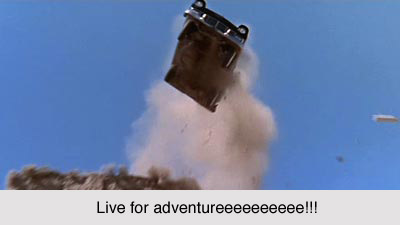 #1. Memories at an affordable price

Me and my wife have had four kids while owning this car.  It drove the first two kids around before being decommissioned as a “commuting to work death wagon”.  That’s a lot of laughs, tears, and copious amounts of vomit.

So thanks a lot old friend.  Sorry I wasn’t able to fix you up but the next journey in my life requires us to part ways.  But I still wanted to say a proper goodbye and thank you for hanging in there even when I didn’t have five bucks to my name to fix you.  Not that it mattered as I’m just happy about how even when there were other cars broken down on the side of the road, we were always able to rattle on by.

If not for a moment, I know they wished they had a car like you.