It happened today as I was walking among my fellow co-workers of whom I playfully call “bottom-feeding tapeworms”.  Often I emerge from my ivory cubicle to walk among these repugnant life-forms and was caught up by a conversation I overheard about the latest movie, “Sex and the City 2”.

“Like no, I need to see the first one first…”

Being a sharp investigate journalist, I quickly saw my opportunity to slide in and get the scoop. 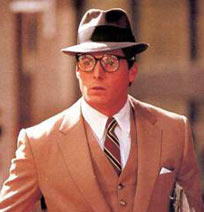 So at once I put on my glasses as a disguise so as not to be seen for my true identity as an international celebrity blogger.

“Hey ladies!”, I smooth-talked as I sat down in the midst of them confidence and style.  All at once the silence took over and time seemed to move slower than an underwater Tai-Chi class.  I had them right where I wanted them.

DP: “Sooooo, this ‘Sex and the City’ thing…can someone explain it to me?  I’m looking to see what the appeal is and, like, get totally whack with that jive.  Like, you know what I’m saying?”

My months at perfecting the local dialect was paying off.

LA ( Ladies ):“umm, well…it’s about a bunch of women who shop a lot and date a lot and buy shoes a lot…”

DP: “And of course, this is important to you right?  You know, being a woman and apparently one of inferior intelligence.  Word up yo.”

At once my interview took an emotional turn.

LA: “That’s not it at all!  You wouldn’t understand because you’re a man!  Wait a second…did you just say ‘word up’?”

It was time to turn on the puppy dog eyes and go for broke.

DP: “Yes I am a man, but you…you can help me understand.  You can bridge the gap for me, climb to Mount Olympus and bring back the holy grail from the throne of Zeus.” 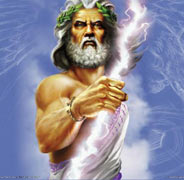 DP: “Whatever.  Please, tell me of this movie.”

LA: “Well, these New York group of girl friends go to Abu Dhabi and well, um…shop a lot and um…criticize the backwards culture and…”

I had to interject…

DP: “And this is important to you of course.  Going to new places to try on shoes and be an abrasive American tourist?”

DP: “Of course you are dear”, as I patted her head. “Please continue.”

That awkward silence returned as I stared directly into her obviously vacuous soul.

DP: “Sweetheart, let me tell you a story…” as I moved closer to put my arm around her.  Her body stiffening in either shock or fear.  We’ll never know.

“Honey, we men are guilty of watching our crazy movies.  What little boy didn’t want to be Luke Skywalker or Arnold Schwarzenegger?   But as a mature adult male I’m reasonably sure that if I tried to fire a 50-caliber, the recoil would take my white and nerdy arm clean off.  Not only that but the legal fees would be through the roof.   So what I’m seeing here is admiration for the most shallow, empty, self-indulgent and rather hideous females on the planet who dress like they fell into a clowns closet.  In short, these ladies are the “bad guy” in every movie about good versus evil.”

The fiery stares in the office were enough to melt Kryptonian steel.

DP: “You see babes, what you’re doing is removing great women of history like Rosa Parks, Mother Theresa and J. Edgar Hoover…and placing instead a polished turd on the pedestal.  What you should all be doing is firebombing the nearest theatre playing this.  Go.  Go on.  You’re ready. “.

One of them briefly cried, “Why you little…”

“shhh!” I interrupted as I pressed my finger against her stunned lips.  “The student has become the master.  Go little one.  Fly.”  At that, I walked away and never turned my gaze back.

Perhaps, just perhaps today there may yet be a victory for women amidst the major defeat that has been “Sex and the City”.

Related Topics:entertainmentfunnyhumormoviesopinionsex in the city