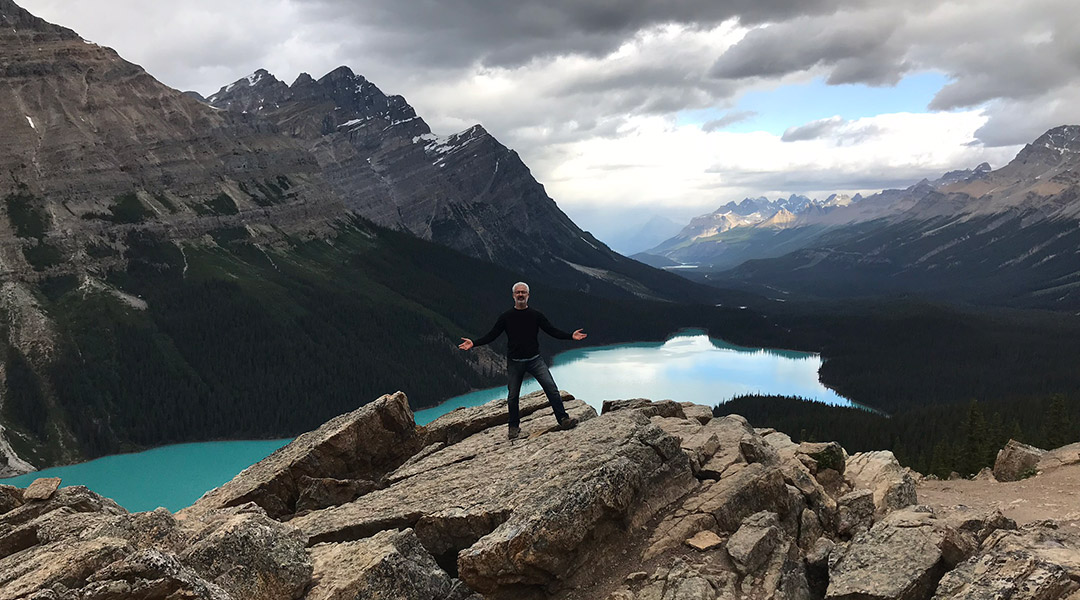 Some might be wondering where the Parrot has been the last month or so.  Well, even fitness reviewers need a vacation, which means it was finally time to give into my wife’s demands and take the family camping.  Or as I like to put it, a group foray into the bowels of Hell.

Keep in mind, there are a lot of hard and fast rules to family camping that the Cabela’s sales-rep is never going to tell you, lest you decide to forego buying hundreds of dollars in equipment and instead opt to watch Netflix in the comfort of your own living room.  But that’s what I’m here for, to give you all not just the straight scoop on fitness, but dang it…the dirty truth of existence itself.

The first rule of camping is to avoid aggravating your spouse.  I’m speaking to husbands in particular because we have what may be a genetic hard-coding to this.  The hustle of camping prep sometimes makes me moody, and as such the sweet aroma of love in our home takes on a hint of brimstone.  In my case, my wife is the experienced packer for vacations.  That means if I miss something and she’s not feeling particularly affectionate, I’m screwed.   So mental note, wait until after packing to be a grumpy doofus.  Honestly, some days my wife can be a sexy sidekick and arch-enemy rolled into one.

You only notice what you don’t have when setting up for bedtime and are hours from home.  In my case, our destination was the Canadian Rockies where summer daytime temperatures are rather awesome, and night-times can drop to near freezing.  Did I mention my wife usually packs the bedding and that I was on her bad side at the wrong time?

The first night went down to 4 degrees Celsius.  All I had was a sad excuse for a sleeping bag.  My loving wife told me that if I was cold, she had some ski goggles, one glove, and a shopping bag I could use as a hat.  This showed me that despite all we’d been through, she clearly still loved me.

Because God doesn’t entirely hate me, we had a campsite that had a central bathroom with flush toilets in a heated building.  But the universe demands equilibrium, and in this case the payoff was substandard toilet paper and no showers.

Since discovering the bliss of a bidet, I have long since abandoned the unforgiving coarse scrub of toilet paper, and instead spray-wash my corn-hole to a pristine shine.  I have wandered in paradise and ain’t ever going back.

Campgrounds do not offer this feature, which is good since using a communal bidet is a horrifying prospect in any scenario.  That means after about three trips to go and “see a man about a horse”, I felt like I woke from a weekend bender at Freddy Mercury’s.

If you merely need to go pee in the early hours of the morning, you must brave the great outdoors and claim a tree.  Aim away from the tent if possible.  If you are having trouble knowing the differences between sexes, camping will solve this with ruthless precision.  Once nature calls, all bets are off.  Dudes must agree to predetermined location to avoid putting a foot in a moist soil patch at 3am.  Women can either go inside the tent using a pail if they have superhuman aim, or go outside and lean against a tree.  Again, co-ordinate your areas ahead of time.

Assuming you have an anus tougher than the average bear and can hold a pint of urine overnight, you’re not out of the woods yet.  Showers are another factor to consider.  Many sites have coin showers which for the low, low price of a shiny $2 Canadian coin per thirty seconds, you can shower at a feverish pace.  No time for getting fancy…scrub the pits and privates quick if you don’t want to be covered in suds and out of change.

In our case, we had no shower.  That left two options.  One, get used to each others smell as we slowly took on the odor of rotting milk on a radiator.  Or option two, man-up and wash in a Canadian Rockies glacier lake.  Better than a keg of coffee, I can guarantee it.

Of course, buying food at a tourist destination is a financial nightmare.  We took a trip into Lake Louise, Alberta to find a grocery store.  Well, for the low price of $6, you can buy a bag of chips.  I don’t think crystal-meth has that kind of markup, so consider bootlegging potato-chips until your lab is up and running.

If at all possible, pack most of what you’ll eat to avoid price-gouging.  Of course, if you forget your supply of coffee at home…which I did…feel free to spend whatever is necessary.  Thankfully, I was able to escape to a coffee shop while my wife was distracted.

The “Humpty Dance” and camping with kids is easy…just forget about it.  Indeed, in the old days before we spawned offspring, me and my wife would make love in the morning to the sounds of rushing streams and lay in each others arms basking in the after-glow.  Well, those days are over my friend.  Any rouge biological demands to mate will be offset by mutual loathing brought on by hunger, sleep deprivation and a complaining eleven-year-old who refuses to eat her freaking egg-salad sandwich.  I suggest having “one-for-the-road” before leaving on vacation if you know what’s good for you.

“What Do We Have Left” Breakfast

Time to go home, so what’s left to feed the family now that everything edible is gone?  The last meal before packing everything up is the classic “What Do We Have Left” Breakfast.  The reserves are exhausted and all that remains are the scavenged remnants of meals gone by.  But fear not, as the creative parent can whip up a masterpiece with a little imagination, and a heavy dose of salesmanship.  For example, Greek yogurt goes great with trail mix topped with globs of peanut butter.  I call it the “Mediterranean Protein-Blaster”.  My youngest even had some chip-dust from the bottom of his treat bag for a salty touch.  He was hailed a mighty gatherer for the tribe and will receive a double portion of the family inheritance.

Try to Get Lost

Assuming you haven’t planned each others assassination by now, a great way to spend a day is to see where the road takes you.  Somehow I took a wrong turn out of town and wound up in Yoho National Park.  Turned out to be the best thing as we drove to Takakkaw Falls and hiked right up to the crashing water.  Take this rule with some common sense however.  Avoid getting literally lost in the deep woods and finding yourself hoping someone calls the authorities before Yogi the Grizzly Bear makes you his personal “pic-a-nic” basket.  All I’m saying is add some unpredictability to your day.  It might just be the adventure you need!