In what is not exactly old news, NATO and America’s European allies are sounding the alarm over what they say are increased cyber attacks originating from China that are targeting key government and intelligence computers.

FBI Director Robert Mueller said that a cyber-attack could have the same impact as a “well-placed bomb.” Either that or it could knock out the internet, effectively increasing work productivity in North America a thousand fold.  Let’s pray that day never comes. 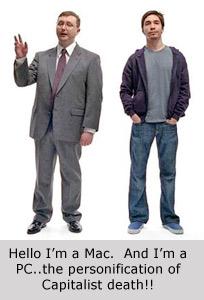 So you see people, this is what you get for going Microsoft.  Ouch, hey…just kidding…whack!…OW!! Who the hell threw a turnip???

I guess we could get all mad a China.  But really, they hold enough American currency in reserve to effectively reduce the dollar to the levels of the post WW1 German Papiermark.   In short, America was kind of boned long before this.

Traditionally a counterattack would be in order.  But unlike America, China’s mainframes have an access channel more narrow than Bill Mahr’s mind.  Plus I really need their cheap crap because American’s have lost all pride in their own workmanship…with maybe the exception of their guitars.

So really what are we to do when the right set of code can cripple our national security?  Do we turn to gold as a hoard? Real estate? Food rations?

It’s high time we put those unemployed Michiganites to good use by making them design and build the very robot overlords that will one day rule over us.  For Pete’s sake, they built RoboCop back in the friggin’ 80’s out of spare policeman parts.   Enough of this talk about the auto sector because it’s just not coming back.  Well, not unless they start pumping out flying DeLorean’s. 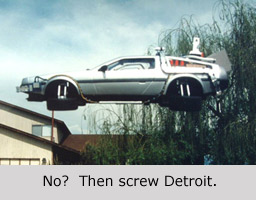 Not only will this fuel the now imploded manufacturing sector, but we will have an absolutely bitchin’ set of expendable soldiers.   What’s that China?  You don’t want Google in your country?  Well then I guess you won’t mind if we park a few hundred thousand near-indestructible cyborgs in Tibet now will you?

Go ahead, now we DARE you to dump the currency. Good luck flooding the market with those dollars when they’re ablaze with the fires of capitalism!! 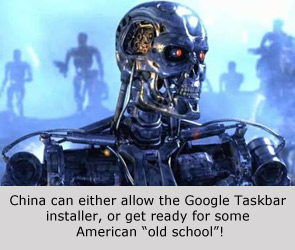