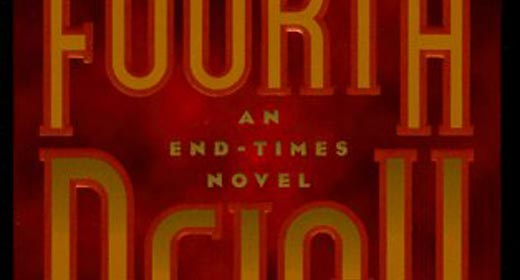 There’s only so much I can do while I’m sitting on my seven year supply of ammunition, beans and Spider-Man comics.  So to pass the time waiting for my fellow human beings to die in ways too horrible to comprehend, I wrote some reviews.  First up is: 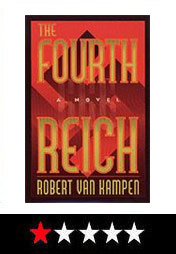 Nazi’s!! Hot unholy hoo-haaas, how can you go wrong with Nazi’s?  Indiana Jones and Nazi’s. Zombies and Nazi’s. Rocky Road Ice Cream and Nazi’s.  It’s a sure fire winner for a story.

Most of the time.

The book takes the road-less-travelled and goes after a “pre-wrath rapture” approach rather than the popular pre-tribulation view made popular by the likes of Tim LaHaye.  I’m down with that as I’m a pre-wrathish kinda guy myself.

The novel is really 2 halves. The first half is freaking amazing.  International espionage, the Mossad, the rise of a seemingly benevolent leader, and the great character development of a Russian-Jewish brother/sister race to save their country.

Then it literally kills itself with the turn of a single page.

In fact, it derails so fast that to this day, YEARS later, my wife still remembers the moment.  We were camping and took time to read some great books.  I was having the best time of my vacation with this book and couldn’t put it down.  Then the peace and calm of nature was suddenly torn asunder by my cries of…

The very fabric of time and space trembled as the novel sucked so hard and so fast that for a brief moment the sun could not give its light and any 5 Star rating was lost in that black hole of misery. 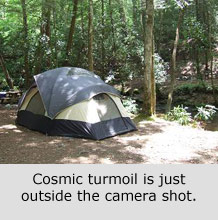 The greatness of the first half of the novel could not survive the sniper-shot through the cranium of the second half.

One chapter ends and the next chapter begins with with Nicolae ( seems to be a popular Antichrist name ) tearing off his mask to reveal that he is really ( insert Dr. Evil music here )…HITLER!! I am NOT making this up.  Stupid stupid stupid stupid…

What began as a Tom Clacy novel degrades into an episode of Scooby Doo.  Old-Man McPherson Hitler?? And the Anti-Christ would have gotten away with it too if it weren’t for that meddling Messiah!

Adding to the misery are the comical antics of the “Two Witnesses”, which can best be described as the “Two Stooges”.   Maybe Arnold Schwarzenegger can pull off the “he had to split”, or “I let him go” lines.  But Moses and Elijah need to either go back to comedian school or do some serious training at the gym because in both regards here, they suck royally.

I threw the book across the tent.  I should add that tents are small and somewhat stretchy.  The book flew back and hit me in the face as if to mock me a second time.  I guess the universe just wanted to kick me when I was down.

Maybe the next end-times book review won’t leave me consumed with hatred and rage.

NEXT: The LEFT BEHIND Series by LaHaye and Jenkins