With all honesty I can tell you that karate will not make you the fighter you sadly want to be.  I would actually advise you to instead put that energy into becoming a carpenter, architect or dental hygienist.  But what the Hell…you’ve come this far right?  So who am I to have an opinion you might ask?  After 15 years, several styles and at least a half dozen excellent dojos, I’ve certainly got stories to tell.

Yet because I’m a good sport about it all and can concede that nothing besides Chinese made guitars are truly useless, I am offering the martial arts world the closest thing I can think of to an olive branch: 5 Reasons Why Karate is NOT Useless.

#5. Karate can be a good foundation

Listen and listen good: Karate by itself is a less than ideal fighting art and barely beats out harsh language as a means of self defence.  However, it can be a solid foundation to move on to better things.  Such is the case with many very successful MMA fighters.  Just keep in mind kids…they went beyond karate.  Had they stayed put the local dojo you likely would never have heard of them.

Yet true enough, years of karate practice will make the karate-ka much more adept at further training in other martial arts.  Ju-Jitsu, Krav Maga, and even specialized weapons training will all be much easier after spending years doing stances and perfecting kicks and punches.  It’s a hell of a lot easier to take up Escrima Stick Fighting for example if you don’t have to learn from scratch how to loosely hop around in a decent fighting stance and instead bore the class with your inept footwork. 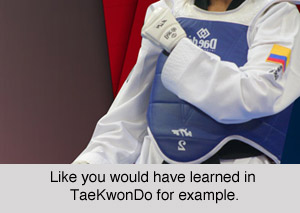 I also must admit that in comparison to many other martial arts, karate is by no means the bottom of the heap.  Discount Krav Maga lessons at the local Mixed Martial Arts Club for example would make any Israeli soldier cringe.  And TaeKwondo shall forever remain unchallenged as the best daycare centre.  So take heart that while karate is not exactly the pinacle of the arts, it’s nowhere near the bottom either.

#4. Karate can be good recreation

For reasons that escape me, karate can be a lifelong recreation for some.  True, these are people you probably want to limit your time around but I suppose at the end of the day they’re doing what brings them joy.

You know what kids these days need?  More pushups and less Xbox.  More Lego and less Minecraft.  Seriously, whenever I see a kid gawking at an iDevice/Android and spending hours doing sweet jack-squat… literally wasting their youth away on virtual garbage…it makes my blood boil.  Karate can be a beautiful antidote that encourages them to spend less time working out the thumbs for the benefit of the fake world and instead working out the body and character for the real one.  All I can say is if your kid spends more time in front of an iPad than rolling in mud and climbing a tree ( +1 qualifer if they chop it down ), you may want to rethink your child’s best interests. 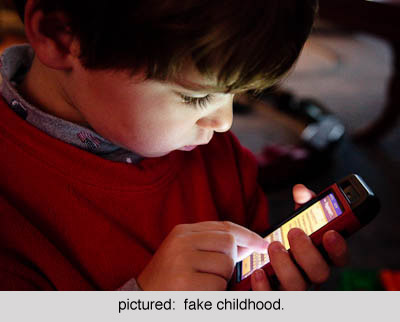 Most dojo’s have a creed of sorts.  Mine was the Dojo Kun which had 5 basic club rules that more or less asked its members not to be douche-bags and steal money from old ladies.  I admit that this is solid gold for any kid, especially when they’re stuck in a public education system than is devoid of any ethical training or character building.  Of all the things I appreciate from my young karate years, the sense of belonging to a group of guys that supposedly stood for truth, justice and the Canadian Way really guided me at a time when I needed it. 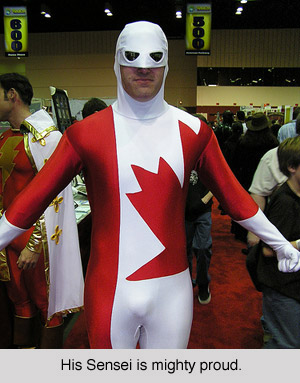 #2. Karate can provide an opportunity for success

Try hard enough and long enough, I guarantee you’ll get that wonderful black belt that has absolutely no value outside your dojo walls.  But that’s not to say it’s worthless as it takes a fair bit of effort and dedication to get that goal.  Unlike many TaeKwondo clubs that hand out black belts with a free Burger Barn coupon, a black belt in most karate styles can be seriously hard work to obtain.

For most people, such hard gained accomplishments are a vital part of getting a taste for success.  But aside from success, there is a far more valuable skill karate can teach…

#1. Karate can teach you the rare, wonderful skill of failure.

When I was a young parrot I was sort of wandering without direction until my parents put me in a karate club.  The instructor was a kindly man from Kenya and I could barely understand a word he spoke, but he turned out to be a major influence on my development as a growing man.  He taught me how to be confident, strong, yet remain humble in that strength.

But I was also taught another invaluable lesson…failure.  Yes, believe it or not, you can, and probably will, fail at a belt examination.  And if you’re going for a black belt, probably several times.

Sports in general play by a different set of rules than what is taught in school.  Martial arts are no different.  But it is nonetheless an important lesson to learn in life when the schools spend so much time telling little Jimmy his finger painting is a sign of incredible talent.  Karate can teach him that no matter how good his intentions, at the end of the day it’s the output quality that matters. 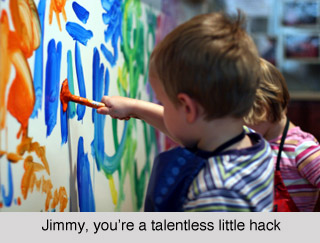 Some might be shocked to hear that elementary schools no longer grade by the A, B, C, D…and the well deserved classic “you suck” F.  No, you can’t fail the little grubs anymore because somewhere along the way we got the idea that self esteem was more important than a generation capable of having tour busses going to Mars.  In a world of happy little dimwits, it’s at least a small comfort to know that in karate you can always have the chance of getting a big fat and well deserved thumbs down for your lacklustre skills and motivate you to put in some effort.