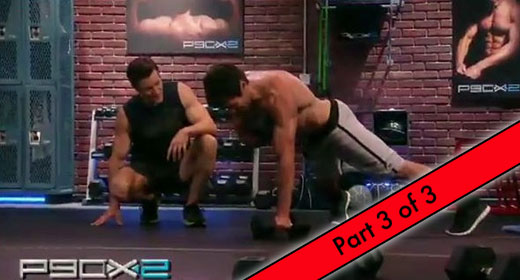 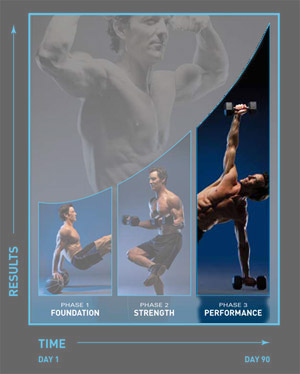 Post Activation Potentiation.  Only words, but words that have struck terror into the hearts of men and women.   If after these workouts you wake in the night crying for your momma, then perhaps you have begun to understand.   This is what you will have been training for during the past 8 or so weeks.  The fitness guide also recommends that due to the sheer Hell of this phase, to only do it for no more than 3-4 weeks at a time lest your body dissolve into dust.

The science behind P.A.P. is intended to create superior muscle growth by doing a resistance move, followed immediately by an explosive move with the same muscle group.   This is not just some catch phrase invented by Tony and Beachbody either.  P.A.P. has been getting a lot of attention in professional training circles because it makes one fast and strong by also training the nervous system.

Thus, we begin the final chapter…

This workout was like being mauled by a grizzly after giving her cubs a slap in their cute little faces.  I would advise NOT planning any running, walking ( Heck, even  STANDING ) the day after doing this for the first time.  Why?  Because it’s weights followed by 2 plyo moves with an isometric hold to cap off each set.  And yeah, it hurts as much as it sounds! 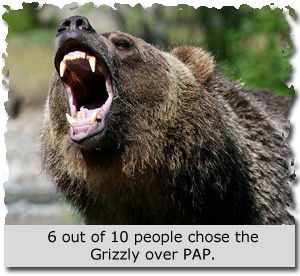 PAP Lower is 2 sets of 4 moves with each set done 4 times. This is followed by a 10 minute cooldown of neural integrated stretching which if you have any common sense you will not skip!   Possibly the hardest move is the Side Bridge Leg Lift, an isometric move in the second set which at first will seem impossible to hold for more than a few seconds.  Done right, your legs will have nothing left in the tank after this.  But that’s not the worst of it.  In Phase 3 you won’t be doing this just once a week, but TWICE.   Therefore I advise taking advantage of your rest days and do X2 Recovery and Mobility.

I should also mention that due to the strength/plyo combo in Insanity Asylum, I would expect those who have gone through that program to initially fare better than the newcomer to PAP.

Argh!!  No man who has a conscience would unleash this demon upon humanity!   If you’re following the program then you’ll be doing this the day after PAP Lower and that means from the waist down you’ll be an invalid for the first few times you do this.  And then, oh joy, you’ll be one from the waist up after this until your body realizes what you’re doing to it.

This routine moves fast like one would expect from true circuit training, which means your heart rate will go up to match.  This is a true athletic-style upper body workout that like PAP Lower, has 2 rounds of 4 moves, each done four times.  Oh, and with NO breaks.  The first round moves are resistance, plyo, iso, iso.  The second round is resistance, plyo, resistance, iso.  And like your legs, you will get trashed all the way down!   You may not want to skip the recovery drink after this…just sayin’.

Doing PAP 4x a week will practically guarantee stronger and faster physical performance.  But it will take time, so don’t let the first week get you down.  Take advantage of the yoga and recovery workouts to make sure everything stays together, and follow the advice in the manual: Don’t do this for more than 3-4 weeks at a time.

Interestingly enough, Volume 3 of the One on One Series was supposed to be the test bed for X2.  But not a whole lot from those disks made it to the final product.  That’s good because in many ways OoO v.3 didn’t find its stride until Tony did the P.A.P video.  At that point you could see the light bulb going off in Tony’s head as he just knew PAP was the way to go with X2.  Good call! 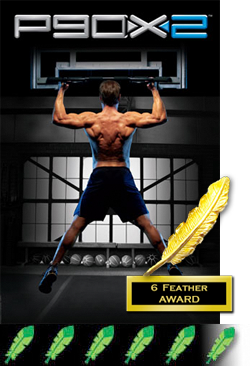 P90X2 stands alone as the premier home fitness solution of our time.  Like the original P90X, Tony has found a way to accomplish what nobody thought was possible:  To create a program that was difficult, agonizing, and authentic.  Nothing, and I mean nothing, touches this program in terms of versatility and attacking your total body.   This is no gimmick kids, this is the real McCoy.  As such, P90X2 has earned the coveted 6 FEATHER AWARD for being all-around awesome.

As for me, it’s time to go back and complete Phase 1 so I can do the program in its entirety.  Oh, and there’s a free P90X2 muscle shirt for those who complete the program and send in their documented results.  That means Tony better check his mail in 90 days as I am creating a video documentary which will also be featured on this site that shows the misadventures of a 40 year old Dad pressing play.

That will be completed probably around March.  Look for it!

GO BACK TO PART ONE

GO BACK TO PART TWO