Brazil Butt Lift is a workout program that is absolutely, unequivocally designed for women. Even then, the blatantly sexist marketing is likely to turn off its intended audience.

It’s a slow start to the new year and I’ve already reviewed most of the big contenders such as Insanity: Max 30, P90, and PiYO.  So when a devoted fan sends me an old copy of Brazil Butt Lift to review, I sadly have no excuse.   Oh, and be careful with that link.  A huge, HD glistening backside awaits you.

Want to know what the worst part about this program is?  Googling it with four kids in the house.  Honestly, I know more things about “brazilians” than I ever wanted too, so hopefully I can pay it forward with a review that is safe for work. 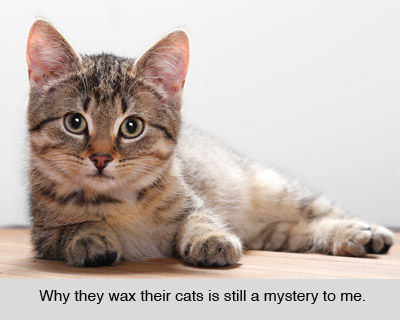 This program originally came out in 2008, so this is more of a blast-from-the-past review.  Naturally the program cannot compare to more recent productions.  Nonetheless, it is still being heavily marketed and the ad campaign for this is more tasteless than a dry popsicle stick.  There are more asses in your face than a North Dakota donkey ranch.  Really, take away the caption and it could be an ad for a Cancun Hedonism resort.

For me it’s not so much what I got, but what I lost.  Still looking for my dignity.  The materials included resemble the Sports Illustrated swimsuit issues my brother hid under his mattress.  With such dignified literature, Alastair Cook is no doubt clapping his zombie hands in approval. 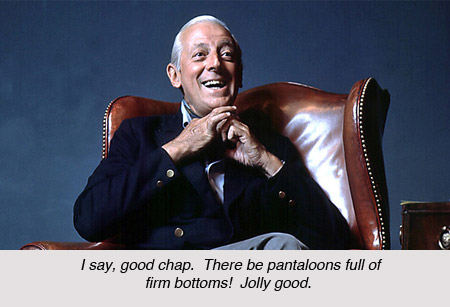 If the name is any indication, we’re no doubt taking the classy high road.

The set looks like someone stole the furniture from my Grandma’s living room.  I’m also wondering why the heck the footage cuts out to and occasionally shows the cast doing the workout on a beach.  Sadly the editing looks like it was done in iMovie and the music is similar to the canned tunes you hear at a two-star resort.

Bum Bum ( there…I said it ) has mainly balance postures and squats.  I’d be lying if I said it wasn’t a serious burn and a strong workout.  It’s just that now I have Island bongo drum music stuck in my head.  I became increasingly aware that thus program is for women given the “High Heels” move that required me to get in touch with my inner woman.  Given my heritage, all I found was an angry Scotsman in a kilt asking me if I was daft. 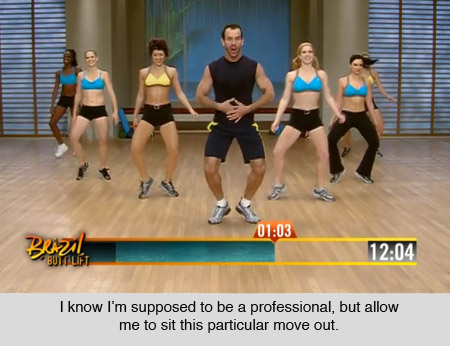 Squats, leg-lifts, lunges, jacks and balance postures.  The tempo picks up because as the name translates, this is ‘fast ass’.  Yes, I’m evidently also bilingual.

Well, at least they found a couple of dudes for the cast here.  As long as they don’t start grinding it we should be ok.

The first half in on your back doing crunches, while the last half in planks.  As far as core workouts go I have to give this one a fair amount of credit.

Ah, memories.  Reminds me of the time I did Hip Hop Abs.  Only this is actually more awkward.  I know…I didn’t think such a thing was possible either. 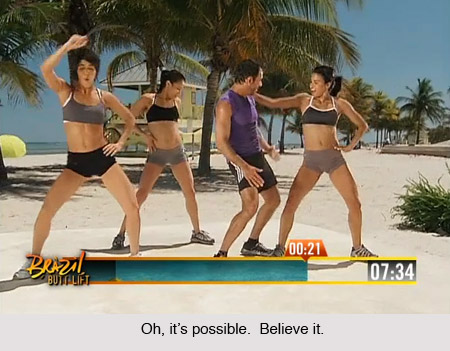 This is cardio in the form of shaking your booty while dancing to terrible music.  I suppose the upside of this is gaining some co-ordination.  The downsides are just too plentiful to mention.  Granted, if my wife started grinding like this I’d say heck yeah!  Me?  Heck no.

Now we use weights.  This workout focuses on resistance training with total body in mind.  Curls, rows, presses and push ups.

I have a million jokes about the name of this workout, but none of them suitable for viewing.  Oh, the agony.

Apparently Leandro’s secret is hidden in a room in Grandma’s attic away from the regular set.  It’s just him and one lone female and…I’m sorry, I just couldn’t get through this.  I honestly felt like the camera was going to pan back to Leandro and show him wearing his past victim’s skin.  It was all I could do not to yell at the screen for the poor woman to take her chances jumping out the window. 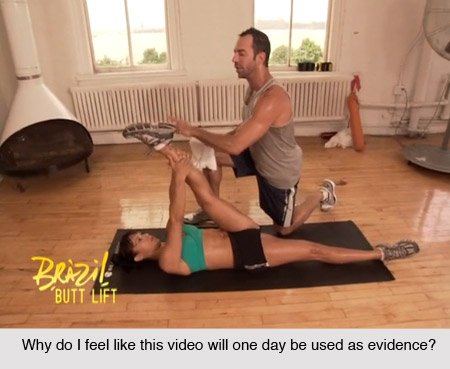 This disk is an optional purchase and you should all listen to me now…do not buy it.  For an extra $20 all you are getting is watching Leandro and some lone woman doing an unimpressive workout in a dingy room with a radiator in the background.  It’s creepy as Hell.  The fact that many coach-sites review this with positive accolades is a testament to their shame.

I feel like a dirty old man watching this.  Clearly I am not the target audience for Brazil Butt Lift.

Leandro Carvalho, while I’m sure is a nice guy,  is not exactly what I’d call the next evolution in fitness trainers.  This was made during a time when I suspect Beachbody was trying to find the next big thing just in case Tony Horton got hit by a bus ( P90X was only five years earlier in 2003 ).  Shaun T had yet to come out of his Hip Hop Abs shell and become the mega-trainer he is today ( Insanity came out a year later ).

Grading this is hard because Brazil Butt Lift is not an easy workout.  You will indeed get a strong workout in the hind quarters so I’m in no way implying it is a walk in the park.  The $40 price tag is also easier on the wallet, but like all things you get what you pay for.  Still, Great Caesar’s Ghost…there has to be a better way to accomplish that goal than by resorting to this.  Trust me, Focus T25 will blast your backside much better while leaving your self-respect intact.