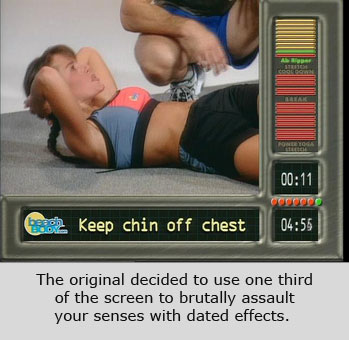 The workouts were also easy.  I mean over the top easy.  Sometimes I wonder how an amazing feat like P90X ever came to be with Power 90 as a predecessor.  But in all fairness, this was back when Beachbody was nothing like the fitness behemoth they have become today where every almost product they come out with now is a near perfect mix of sound, talent, production, and solid fitness science.  Times have indeed changed.

Simply put, the old Power 90 program no longer fits with the honor of the Beachbody name.  But no more.  Like all things Hollywood, another reboot has come and this time it is the new and vastly improved P90…hold the X.

No longer is Tony Horton the new kid on the block making quick workout videos.  He is now in his A-game and doing what he does best at the prime of his fitness knowledge.  So sit back kids and allow the most trusted name in fitness reviews ( and not a Beachbody coach ) to give you the full picture of the new P90. 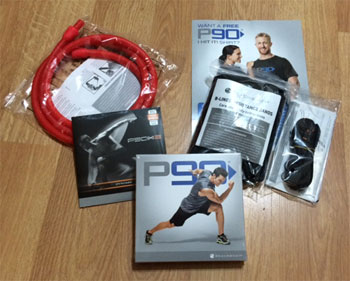 Included in your standard package are the following goodies:

– Free T-shirt contest which frankly, I’m all over that like catnip.  I collect these things like a serial killer.

There is an option for a fifth disk which has 4 extra workouts if you’re feeling loaded.  My advice?  You’ve come this far so you might as well get it.

Everyone has to start somewhere, so Stage A is where the beginner kicks it off.  Those accustomed to the P90X series will find much in this a bit easy but try to remember…the hard core crowd is not the intended target audience here.  Each Stage is broken down in three workouts: SCULPT, SWEAT, and AB RIPPER.  Every Saturday has a the Saturday Special workout to end the week.

There is a short intro video that introduces you to the program which of course mentions Shakeology.  Tony also points out the need to place a large H ( no…it does not stand for ‘Horton’ ) on the floor with tape which will be used as a guide for proper positioning and will be especially handy during cardio.

The set should seem familiar.  It is the same as P90X3 only the colors have been changed to a lighter, more pleasant atmosphere.  Unsurprisingly, P90 has come a light years from its small beginnings. 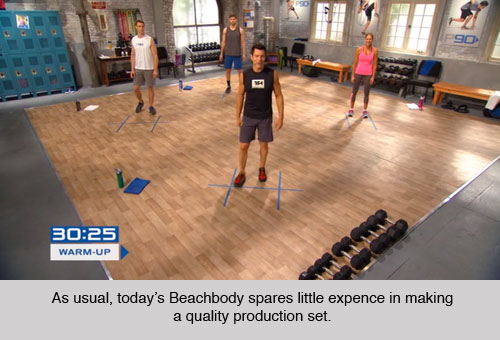 This is a fairly simple routine that uses a lot of MMA style moves such as punch combos.  Yes, it’s easy if you allow it to be.  For the more experienced cardio-bunny, don’t be afraid to modify by going deeper and faster.  Remember, to get the most out of the Sweat workouts, having the “H’ guide on the floor is a must.

This is a total body routine with rows, curls, squats and presses.  The nice thing about even a simple routine like Sculpt A is that if you load up with enough weight, the difficulty ramps up accordingly.

What I noticed right away was the inclusion of short demo reels before each move.  They are unintrusive and move along quickly so they are unlikely to get bothersome over time.  I seem to recall the same method used in Tai Cheng and it looks really professional.  For a beginner series like P90, this is a brilliant idea. 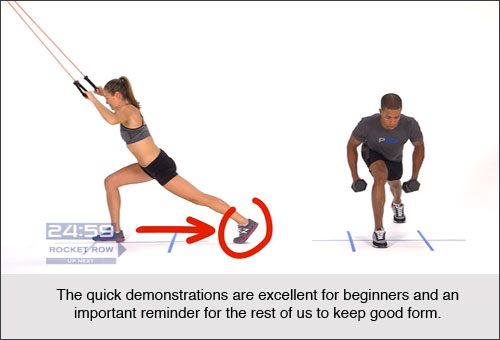 The first of three gut busters, and it has to be simple right?  Well, you might be a bit surprised.

Each move is only for ten reps as this is supposed to be a beginners workout, but the moves have an old-school feel that are truly effective.  It moves fast so there are no demo-reels.

The cast is naturally there for demonstration, but one of the guys is 52.  Don’t get me wrong, he looks in great shape…but Tony is what…56 now?  Either Tony Horton is a cyborg, has daily infusions of Dick Clark’s DNA or is from the planet Gallifrey.  I have old videos of Power Half Hour when he was in his early-forties and he looks practically the same.  Honestly, the man doesn’t freaking age. 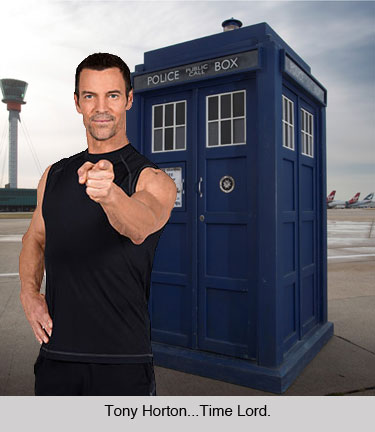 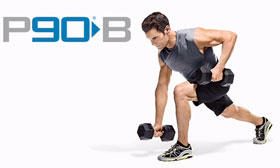 As expected, it is time to increase the intensity as you will have done STAGE A for almost a month.  That means you’ll also be dying to change things a bit for your own sanity.

“B” might stand for Bad hair day with a couple cast members, but to each their own when it comes to fashion.

The MMA gets more complex with some kicks thrown in and I found I was moving more actively than in Sweat A which was to be expected.  Already this is superior to Cardio X, which if you know me, was never a workout I liked.

Still keeping with the total body concept, you will do squats, rush-ups, rows, curls, kickbacks, and presses.  The movements now go from simple to deeper range of motion.  Push-ups are now full range and there is a bit of plyo thrown in to spice up the leg work.  Simple curls now work up to advanced moves such as 21’s.  You get the idea. 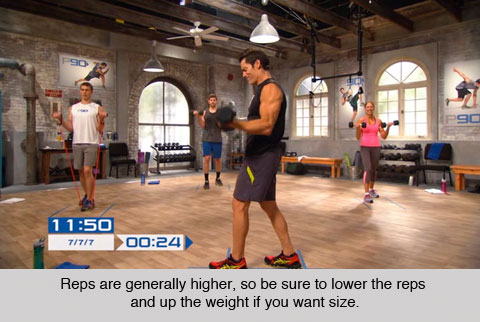 Many moves are from AB Ripper A, but now there are a few more that come to the party.  What began as an introductory abdominal workout has now begun to blossom into something with teeth.  In terms of intensity, this comes just short of hitting the original P90X.

Most moves are still 10 reps.

Tired of bouncing back and forth between Sculpt and Sweat?  Thankfully there is a nice bookend in your cycle that breaks the monotony.  Saturday Special is as you might have guessed, on the calendar as a once a week workout.  It has a very heavy core focus which is evident from many of the move names:  Mountain climber twists, kick twists, standing twists…it’s a bounty of twists sure to lay waste to the layers of instant pudding that line your midsection.  No need to do an Ab Ripper after this one.

PART 2 of 2: STAGE C, the Mrs. Parrot commentary on the P90 Food Guide, and the final score.