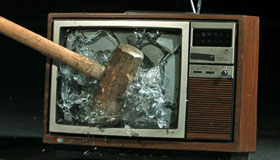 There’s no shortage of people willing to sell us the secrets of the universe whether it be money, power or health.  Want money?  Listen to an Anthony Robbins self-help message and watch your cash hoard build as if the end of all the rainbows landed on your doorstep.  Want power?  See previous, as like Galactus, Mr. Robbins can infuse your mortal shell with the Power Cosmic. But the undisputed biggest sales-pitch from mass media is of course the misinformation around sex. 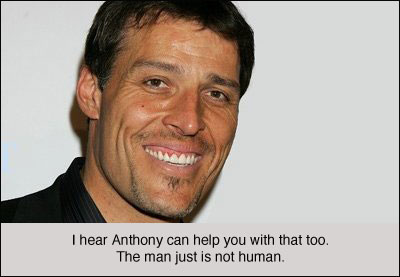 As with many things, truth is often buried under copious piles of feces which is usually referred to as “marketing”.  And the kid with the biggest shovel is Hollywood and the crazy ideas it has about copulation to the degree that I sometimes wonder if anyone in Hollywood has actually engaged in the act.  That means I must once again rise to the occasion and dispense the unfiltered truth to the uneducated masses to undo years of misinformation.  But if there’s only one man in this world who can do it, it is your friend the DP.  Master Robbins has infused me with the power to do so. 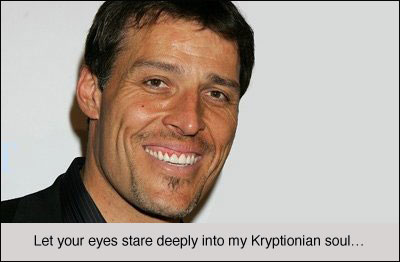 When James Bond is finished infiltrating a female spy with his gadget ( see, classy! ) you can be certain things were done by the MI-6 book.   James got his martini shaken not stirred and his female counterpart found the microfilm.

Or take the horrifically awkward bushwhacker scene in the Matrix: Reloaded ( a movie which will never again be mentioned on this site ).  Neo and Trinity do the wild thing and finally give each other that look of mutual, simultaneously timed sweaty O-Faces.  There we go!  All done!   An experience as fictional as the turd script it came from. 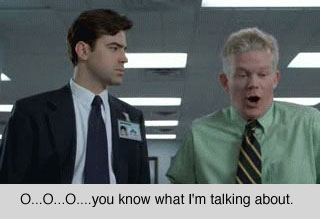 The real deal isn’t like that because sex is far more a mental exercise than it is hanging from the trapeze.  That means each partner works together to make some magic but sheer logic dictates someone is going to have to volunteer to jump off the diving board of love into the warm waters of bodily tingling first.  And in the case of the female of the species, several times.  I recommend getting good at rock-paper-scissors. 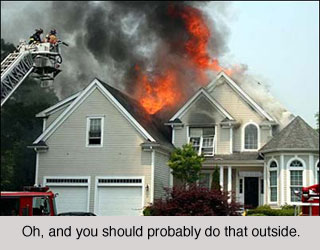 Truth is guys, your tally-whacker is a hopelessly useless tool if used the way smut and your schoolyard buddies totally fictional conquest stories have taught you.  Somehow you’re going to have to find a way to get more parts of the anatomy in on the party unless you want to make lackluster love like a Bedouin shepherd to his wife who has less cultural value than the sheep he herds.  But there’s even more!   The Oscar Meyer Wiener, sad to say, is generally a one trick show.  As mentioned before, women often can get the wonderful electric shock of love many times. 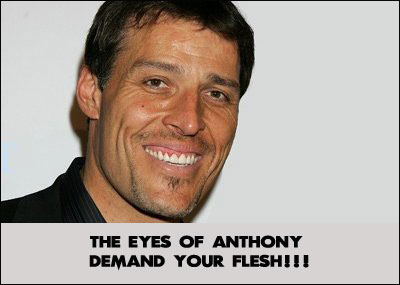 Truth is, even the most awesome husband ( let’s just call me the expert here o’tay? ) can occasionally become a two-pump chump under the right circumstances ( Which for me is never.  Ok, just that once… ).  When my wife puts on an Israeli Defence Forces t-shirt and a bikini bottom, my mind is already so blown that all bets for being able to pull off several hours of the Humpty Dance are off.  If she were to also be holding an M-16 assault rifle and blow me a kiss, I’d just have to say ‘thank you’ and ask for a cigarette.

“All night” love is best compared to the fabled 1 inch punch from Bruce Lee.  It’s actually not one inch at all but 1 foot.  Same concept applies here.  Eight hours of love is a likely a few hours at best.  Hollywood just likes to up-sell the idea.

To be honest, most people want to get at least a decent nights sleep so they don’t have to order 4 Starbucks Expresso Latte’s in the morning just to make it into the office.  And what about kids?  As a father of 4, let me elaborate:  Time can often be of the essence.  That means the stick of Juicyfruit gum you gave your wife in the van on the way back from soccer, Taekwondo and baseball lessons technically qualifies as really amazing foreplay.  If I get some action where my wife doesn’t lean over and say, “Better hurry, the baby is waking up” then by golly, I’m having one heck of an awesome week!

Men have it made in Hollywood.  Even dried up prunes like Harrison Ford are still considered distinguished and sought after by legions of women with severe daddy issues.  However, Hollywood makes no secret that if you’re a woman over 40, you’re a hideous spinster whose ovaries have turned to dust.  And 45?  Any love scenes at that point are only meant to be used for comedy.

Yet statistics consistently show that married partners over the age of 40 have the most satisfying and awesome sex lives.  Not 20.  Not 30.  The reason is simple:  emotional security and experience with each other.  That takes time and that takes commitment and it especially takes trust.

That means for many of you, your parents are covered in whip cream and licking each other down like alley-cats right now.

Without a shadow of a doubt, this is the biggest pile of horse pucky Hollywood is jamming down your throat: the misconception that the more partners you score, the better lover you’ll be.  Truth is the only thing you’ll be better at is acquiring an STD.  In reality the cast of Friends would be in quarantine based on the sheer number of venereal disease mutations they carry. 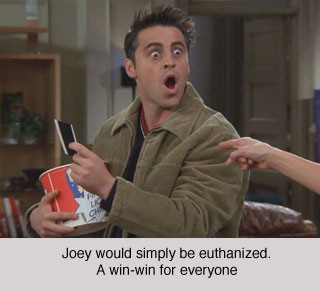 No doubt many of you guys are calling me a liar on this and that’s cool.  You enjoy your bar hoping and nailing the crazy broad.  I’m just calling you a bunch of promiscuous tilted baseball cap wearing douche-bags with no respect for the future mother of your children.  Your record says more about a lack of character and disrespect for women than anything else.

Gonna let you all in on a little not-so-secret.  I got married at 23 and was as pure as the driven snow.  So was my wife.  The stupid thing was a lot of people sneered at the idea, but I will put my marriage up against ANY of theirs ( assuming they still have one ).  The laughable excuse of “sexual compatibility” was also brought up which was probably the stupidest thing I ever heard.  I’m a man.  She’s a woman.  That’s compatibility.  If you love each other the rest simply falls into place.

The fact is I was faithful to my wife even before I knew her and her to me.  That means my entire sex life has been laser focused on fulfilling the needs of the only woman that matters.  No baggage.  No hang ups.  She gets it all because she deserves it all because that is how you satisfy a woman.  It is just truly a shame that Hollywood has turned sex into a tragically disposable activity without any emotional bond.