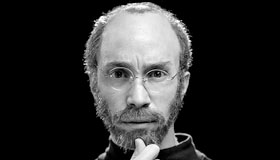 It seems Ashton Kutcher can at least breathe easy knowing he won’t be involved in the worst of the Steve Jobs biopics now that the stillborn stoner comedy iSteve starring Justin Long has finally hit the YouTube airwaves courtesy of Funny or Die.

I guess death it is.

Make no mistake, iSteve has very, very little to do with any actual historical events.  From Steve having virtual boning with Bill Gate’s wife Linda, to Wozniak and Steve designing the iPad in a garage; right away it is clear the research is non-existent.  This is Steve Jobs from the same Bizarro universe where Abraham Lincoln hunts vampires.  Accept that and maybe you’ll enjoy a good 5 minutes out of this 80 minute film.

That’s not to say some reworking of events are not somewhat funny.  For example, I had a good laugh when the President of Commodore took a cyanide pill.  I’m willing to wager that probably happened judging how that company plummeted to its death.  I guess you’ll have had to live the Commodore PET days to appreciate that gag. 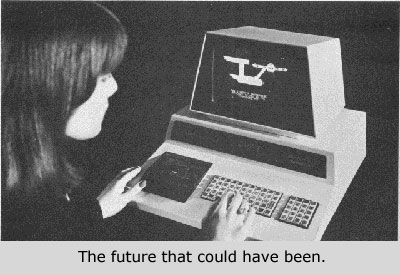 The problem with iSteve is that it doesn’t know what it wants to be, yet safe to say it wants to at least be funny.  Unfortunately the jokes flop 8 times out of ten.  Evidently very little work went into making this production so at least the payoff is fair.  It’s just unfortunate that those involved didn’t take more time to make a decent film.  The acting talent is there but the script is lazy, uninspired and often boring.  Much like a contemporary failed Saturday Night Live episode.

The more I think about it, iSteve kind of pisses me off when productions are being made by people with a fraction of the resources yet can compete with most television series.  Justin and company however make a high school level film worthy of a C-grade at best.  To their credit, it doesn’t mock the memory of the man.  It doesn’t do anything.  That’s the problem.  It’s just quick clips using the names of real people but having nothing in common with them.

This isn’t the first crack at a Steve Jobs biopic, but it wins at being the most lazy.  The Pirates of Silicon Valley was made back in 1999 with Noah Wyle as the iMan himself and is a very well acted done film depicting the crossed paths of Jobs and Bill Gates as played by Anthony Micheal Hall.  Unfortunately the film ends just as Jobs was returning to Apple from NeXT, and misses the iRevolution that has since hit the comatose computing world in the face with all the force of a roundhouse kick from Megatron.

jOBS, the larger film starring Ashton Kutcher has been reviewed by critics as a colossal stink-bomb and has been put on the shelf due to “marketing funds”.  That must be the new code for passing a hot turd.  It is truly a shame because Steve Jobs led an extraordinarily interesting life that is more captivating than the birth of a super hero.  It’s just a shame such a story is being handled by people who are incapable of grasping the potential story about a true to life man plagued by both incalculable genius and personal demons.