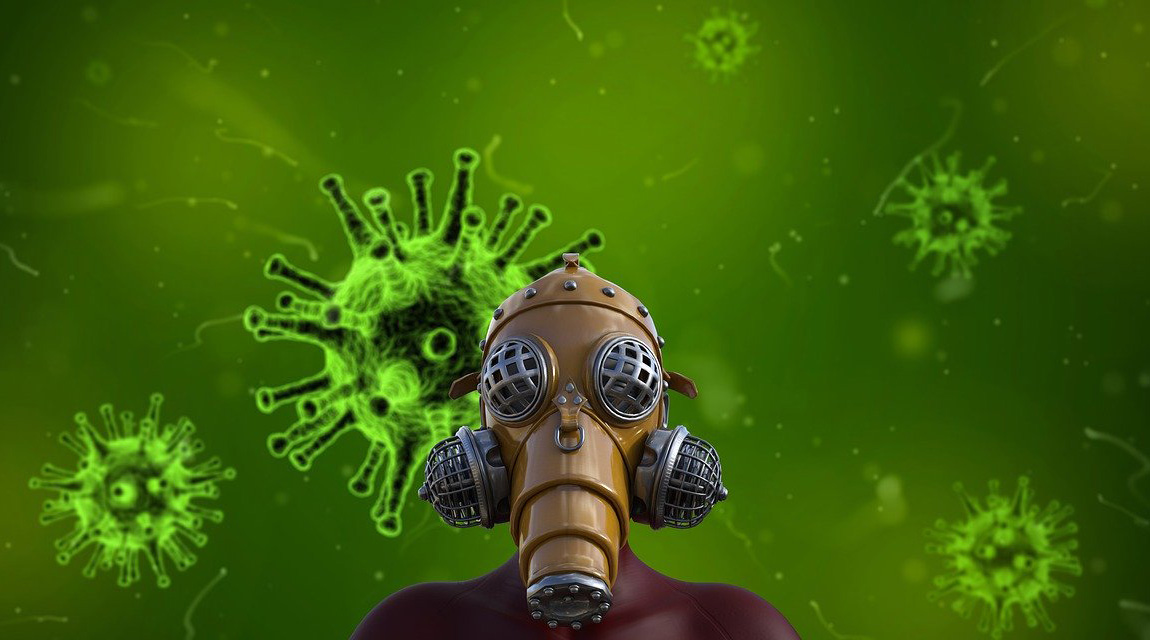 It finally hit close to home.  Yes, even yours truly has now been affected as my Canadian province of Alberta has implemented a total shutdown of schools, recreational facilities and libraries.  With everyone now certifiably insane, it seemed prudent to consider ways we can all enjoy our isolation since the inmates are now running the asylum.

Still, I’m a cup is half-full kind of guy.  Therefore I present 5 ways to make the best of a blown-out-of-proportion situation.

5 – Go from Consumption to Production

Want to add orders of magnitude of pure happiness to your quarantine situation?  Kill the idiot-box.  News media is straight-up mental cancer.  “But Parrot…how shall I know what is going on?”  That’s easy.  Stick your fool head out the window.

Ok, I get it, you’re hiding under the bed with a flashlight and simply must know every detail…real or imagined.  Well, leave the worrying to your friends and family and instead whistle your way to tranquility!  Your brain is a wonderful thing, and its somewhat of a shame when we waste it on consumption.  Especially when the thing being consumed is a Double-wrap Crap Taco.   I suggest the opposite…production!  Pick up a hobby like painting, pottery, photography or coding.  Build something!  I don’t care if you decide to build ships in a bottle, just get productive.  Flipping that switch is a major game-changer.

4 – Focus on Your Health

It was rather disturbing to see the items cleaned out of grocery stores.  Ice Cream, pasta, soda pop, canned goods, cheap cuts of meat and of course toilet paper.  Want to know what was practically untouched?  Fruits, vegetables and a host of items sure to boost ones health.  Way to go, dummies.

So take this time to change your evil ways.  Toss out the high-sugar, processed garbage and tour the produce section like a boss.  Believe me, you’ll have it all to yourself.

If you have low personal expectations and proclaim to the world it can pry the potato chips from your cold, dead hands, just go for a simple walk.  No kidding, you will be baffled how much better you feel.  Having all the senses realizing that there is not hellfire raining from the heavens will slash that pesky anxiety in half.

Of course, if you’re truly contagious then be a sweetheart and lock yourself in the basement.  You’re now a pariah and society has cast you out.

Five minutes on Facebook and Twitter will be enough to convince a large portion of society we’re all going to die by the Andromeda Strain.  And the misinformation?  Yikes!  It’s absolutely out of control.  I saw a lady convinced her goats would catch Coronavirus because well, “that’s what I heard!”  Fact check: no, they won’t.  And were it even possible, what would it matter?  Those dumb creatures have no problem eating shoes.

And while we’re on the subject of crazy people…

The benefits of quarantine are that we limit our exposure.  Not to the virus, but rather to screwballs.  It seems to be the human condition to gravitate to fear.  Fair enough…it’s the thing that keeps us all from being eaten by bears, so I get it.  But irrational fear is dangerous to a healthy mind and is more contagious that a puny virus can ever be.  If you can, try to avoid those who suck from the chaffed teat of mainstream media.  If you’re a Facebook junkie, consider 30-day mutes on some people who can’t wait to tell you the latest death projections.

I may be showing my age, but I recall in Grade 1 having Chicken Pox and being told to get my scrawny rear to school anyway.  And measles?  I think maybe I got two days off school and was told to suck it up.  It was a small town in the 70’s, so yeah…things were different.  Herd immunity was obtained by everyone getting a virus at once and yet somehow the hospitals were not overrun.  Spread the bell curve?  Psssh…it was a contest to make that sucker steep as Everest.  Yet despite the fact we were all contagious little goo-factories, we still found a way to smile.

To give a modern example, if you’re one of the privileged few to be sitting on a mountain of toilet paper, throw random rolls into a crowd.  Now watch people attack each other like rabid monkeys going after the last banana.  I suggest bringing the kids as this will be an invaluable lesson in human anthropology.