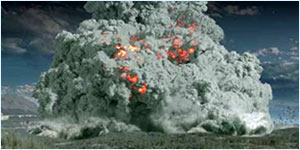 I dare say that it seems most people in life are actually hoping that either an asteroid hits the earth, or zombies do rise to seek our brains for a nice light snack.  I can relate, as a Zombie apocalypse would certainly break the 9 to 5 boredom.  Now we have the Iceland Volcano making certain demographics of society short circuit in almost gleeful anticipation.

But if it’s one thing I cannot stand it is a shoddy survival plan.  Honestly, stashing gold bars and buying a “survival seed kit”?  Save yourself some time and dig a six foot hole for yourself.

Now I’m an urban gardener.  So I know a thing or two about what to grow when a volcanic cloud of agricultural death looms near.  And if I don’t, I can’t see you coming to dysfunctionalparrot.com when the Yellowstone caldera explodes ( Video of the Week ), and then rebuking me for my lack of knowledge.  But if you do, then you’re my kind of person!

So what is the DP Survival Plan ©?  Let’s just say it’s complex and involves mutant hordes of zombie aliens, but I’ll spare you the details.   But all survival plans must deal with maintaining a food supply.

Here’s a scenario…let’s assume that a volcano in Iceland keeps emptying it’s guts like a bachelor who had his stag at a frat-house.  Meanwhile, another volcano in some banana republic goes supernova too.  Kiss those regularly stocked mangoes goodbye because the ash is going to curb stomp global agriculture big-time.

Considering that the average North American has a food storehouse consisting of a pack of freezerburnt weiners and a two year old stash of juniors Halloween candy, every grocery checkout will quickly resemble a mosh-pit.   Eventually all that will be left are the jars of pickled chicken feet.

I suppose we could simply resort to eating whatever hobo wanders across our piece of turf.   However, after a while hobo-meat will become a rare food for the wealthy like broiled Koala bear.   Although I’m sure hobo trumps pickled chicken feet.  Add to the complexity of the situation, is that I eat kosher, so that removes a big source of protein.  I suppose for it to be kosher, the hobo would have to be a Rabbi.

I guess what I’m advocating is eating homeless Rabbi’s.

There is however a viable plan, and that is gardening.  Now your level of success will depend on where you live.  If you try and grow heirloom tomatoes in Alaska, you may want to first try beating yourself with your seal club.  If you have a condo, the window herb garden will serve only to mock your lack of foresight during your final days.  I’m stuck in Edmonton, Alberta, so it’s a mixed bag.

But in a reduced growing season caused by global insanity, what are some options that will get the taste of hobo-jerky out of your mouth sooner? 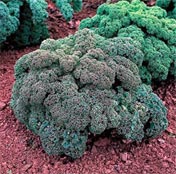 First off, at the very least you need kale.  Yes, the garnish.  Nobody recommends it for one simple reason…they’re stupid.  This stuff ignores the cold like a menopausal polar bear.  Therefore if the climate tanks, you may want to consider growing lots of it because it is a super food.  If you by chance have a problem with leafy green vegetables, then congratulations…you’ll be the first to go.

Next, I am so sick of people selling “foil sealed heirloom seeds”.  If you’re somehow interested in growing these during a time of food shortages, then good luck.  For example, everyone wants to sell Brandywine tomatoes.  Let me tell you about Brandywines….the plants are huge and the yields are low.  Sorry, but short season hybrids are the way to go.  You don’t need to show off to your heirlooms to the Garden Club, because during the crisis they’d probably just shoot you on sight anyway.

One website sells a “Survival Seed” kit for an absolutely offensive amount of money.  An actual selling feature is that the kit could be hidden “to avoid confiscation”.  That’s good to know, because when global anarcy sets in, we can all rest assured knowing our governments are rounding up the rouge cabbage growers.  Don’t give these hucksters a dime. 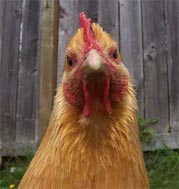 Here’s something you probably haven’t considered…raise chickens.  Can you do it in the city?  Well, let’s just say that the DP is in the process of checking the local bylaws and hopes to have a few hens in his suburbanite home by spring 2011.  Apparently, the idea is becoming quite popular and many cities, including New York, allow for hens.  No roosters allowed of course.  Eggs are a superior form of protein, vitamins, minerals, and EFA’s.  And when the laying stops, well…that depends on what you want to do with “Cheeper”, the gentle hen for whom your kids would mercilessly club you in your sleep should you ever harm her.

And lastly, grow potatoes to store for the winter.  Because when the long, cold winter sets in, nothing will have you wanting to enter the sweet oblivion of death like knawing on a raw spud.

NEXT in Part 2….WEAPON of CHOICE!