Well there goes another one.  Even women are wearing them now so I guess it’s over.  The hipsters in their blind quest to be “ironic” have ruined yet another perfectly acceptable form of fashion.  Am I referring to tight pants?  Hell no…you can all keep that crap.   Hemp accessories?  Got news for you kids, it’s made from perfectly legal hemp farmed in Manitoba.  iPods?  Nah.  Apple makes good products despite these schmucks insistence on using them as a status symbol.  No, I am talking about the one thing that matters.  The once mighty fedora/trilby. 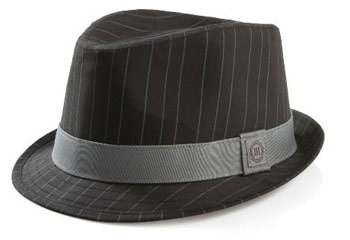 The fedora was once a distinguished form of headwear meant for gentlemen ( Emphasis on men. ) which ran counter to uncivilized, baseball cap wearing knuckle-draggers.  It can often be called a “trilby”, but for the sake of brevity let’s just stick with “fedora” because in every way that matters, it’s the same damn thing ( no, I’m not a hat purist ).  It was a form of masculine headwear reserved mainly for those of a more mature age.  That is until those meddling kids and their damn dog got ahold of them.

However, with the use of my genetically engineered intellect I have been able to determine the flash-point….the exact moment in time when the fedora went from an obscure thing Grandpa wore to being pre-mainstream.  Justin Timberlake. 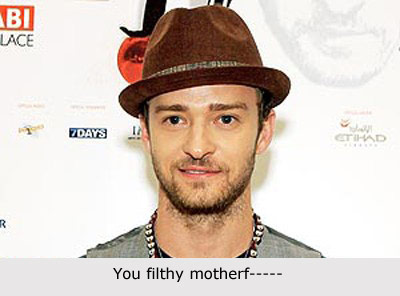 When Justin Timberlake left NSync…or Backstreet Boys…or NKotB…aww Hell, they’re all the same…he popped one on his head and everyone thought, “Hey, that looks good.  Maybe I can get one too.”.  And one by one hipsters did until it has finally reached a saturation point that has spilled over into Tickle-Me-Elmo levels of insanity.  Even the ladies have them and that REALLY sucks.  Like tattoos, everyone must have one in order to be unique.  In fact, on a part of town known for a heavy hipster population there’s now a hat shop.  Naturally, it’s right next to a Starbucks.

Truth is, I would look bitching in a fedora and that’s why I’m upset.  But now I can’t have one.  And while many out there would tell me to “Get one anyway!  Don’t let anyone tell you what to wear!”, I would counter that I would only be seen as a grown man in his 40’s trying to pathetically look like a 20-something.  Having a “Go to Hell, I’ll wear what I want” attitude is only passable when you still live with your parents.

Plus, that logic falls short in so many ways.  I own a kilt, but clearly cannot wear it as an everyday article of clothing.  I mean…yes, I suppose I COULD.  But damn, I’m not one to enjoy being watched by strangers.  Even less so having everyone wondering if I have underwear on.  Like it or not, we all have to conform in order to take advantage of the fruits of our society.  Such as stable employment.

Maybe what’s needed is a mass rounding up of hipsters by locking them all inside an antique clothing shop.  The bait is simple. The antique shop will need to have good Wi-Fi and a Starbucks in order to attract them all.  The logistics problem of dispensing enough hot lattes won’t be that big of an issue once we lock the doors and burn the building to the ground. 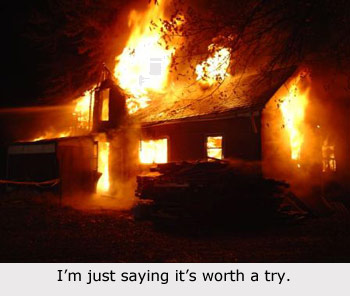