I honestly had no idea my generation was having such a difficult time letting go of days gone by.  Worse yet, we’ve passed this off on our own children by making them wear 80’s fashion and saturating the airwaves with Def Leppard songs.  So to all you youngsters out there, allow me to present 5 great ideas for your lost parents who still remember their sad decade as something worthwhile. 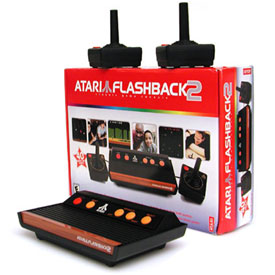 If heavily pixelated stop motion is your name, then Atari Flashback is your game.

Wireless game paddles give the Atari a modern flavor, but if they truly wanted to be truly accurate with the nostalgia then the damn things would fail after a week, making you buy some aftermarket crap at K-Mart, then finally saying “The @#$! HELL WITH IT!!!!” and shell out for a totally boss IntelliVision.

Nonetheless, the Atari Flashback will provide the entire family with countless seconds of fun.  At which point your kids will play something far more fun on their iPhone’s while rolling their eyes at your attempts to replay Space Invaders.  All while clearly showing unmitigated disdain for everything your generation held dear. 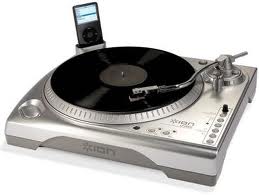 If pop and hiss playback are things you long for then congratulations, turntables are back in style.  And I have no freaking idea why.  Did I miss something and 8-tracks are on sale again too?

The sad truth is that I’m willing to bet the source for these records are digital masters, thus negating any real benefits of this old time ‘crack and pop’ audio medium.  Sadder yet will be the face of the parent who has been told this regrettable truth by their kids.  But don’t worry.  It gets worse.

But first you’re no doubt wondering what’s the best part?  It converts your records to MP3’s!!  The worst part?  It converts your records to MP3’s!!    To help give you a visual picture, converting songs to the now outdated format of MP3 is the equivalent of taking a steaming five burrito bowel movement on your music collection.   Having an analog device with a digital output makes about as much sense as throwing yourself down the stairs as all the supposed benefits of analog playback get flushed down the toilet the second it goes through that wire into your PC.  Friends, if you really want a good digital copy of your Foreigner collection then don’t waste your time with this MP3 nonsense.  Buy an iTunes gift card instead. 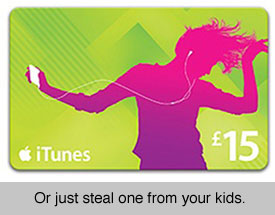 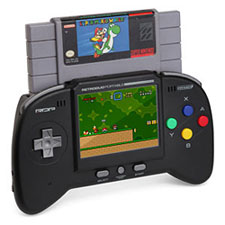 Too young for Atari or so old you remember the good old days of the Apple II?  More of a Super Mario kind of guy?  Prefer to get your thumbs in the game like a man rather than swiping a screen like a sissy hipster?  Then prepare for the ultimate gift for your 90’s lovin’ friend. 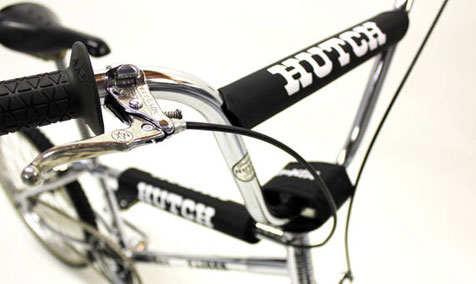 Nothing recaptures a man’s youth like the memories of his hair flowing in the wind while riding his BMX bike.  That’s right…BMX.  Not that mountain bike crap that ruined it all!!  And certainly not a 10-speed.  Can’t even do a quarter pipe in those things.

Be choosy however, as BMX bikes ranged in quality as much as the women we would never get within 10 feet of.  My baby was a Hutch Pro Raider which is probably worth 10 times more than I bought it for back in 1984.  So if you’re in a situation like that, maybe go cheaper and buy the spoke-wheel or a set of pads in a trophy case.  Are you reading this honey?  Hint hint. 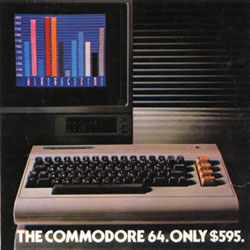 Few things add to the retro of a room like an old product poster of a piece of tech synonymous with a given decade.   Gung ho for the 80’s?  Think Commodore 64 or if you’re really hard-core, perhaps a TRS-80 or that insufferable P.O.S. Coleco Adam ( I still hate you Coleco ).

But why stop there?  Give that special man the gift of his first love!  Granted, you might have to do some digging on eBay, Kijiji or Craigslist to track some of this stuff down and in some cases, probably shell out as much money as the junk cost when it was new, so consider carefully what you would go after.  May I make some suggestions?

Perhaps a Commodore Vic-20 in a glass trophy mount.  Or maybe find a Timex Sinclair ZX81 to help him remember some of the technological failures of his generation.  For me?  An Apple IIc.  I would personally throw the momma off a train for anyone who could arrange this for me!! 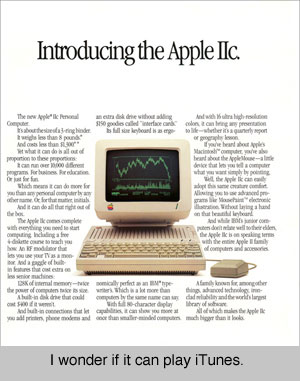 Just be prepared for your man to spend hours trying to recapture his youthful memories playing the original Castle Wolfenstein, and a week later stuffing your hard acquired prize into a box and shoved into a dark storage room.

Nostalgia is fun…but the world moves on.