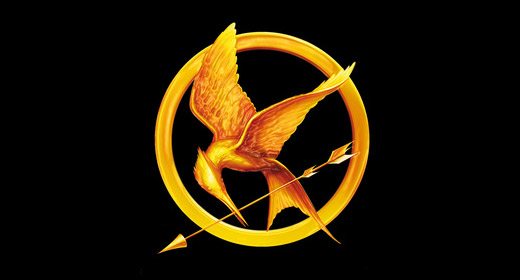 Up until not that long ago I had no idea what the Hunger Games was even about.  But I got so tired of hearing all the talk about the movie I thought the book might be worth a read.  So I guess when you think about it, I’m a victim of a very successful marketing campaign.

But that means I’m at the moment free of the hype.  I’m also nowhere near a teenager anymore, the primary group of whom this is written for.  In fact, many of my bodily organs that produce raging hormones have probably begun their slow shutdown which will culminate on my deathbed.  So at least there’s a positive side.

Hunger Games ( the BOOK.  Haven’t seen the movie yet. ) is remarkably engaging.  In a post-apocalyptic society, America is now Panem that has 12 Colonies ruled by the Capitol.  As a punishment for a past rebellion, each District chooses by random draw a boy and girl between the ages of 12 and 18 to go fight in a battle to the death.  24 kids enter the game area, one person leaves.

So yeah, it’s a little messed up.

After the kids are selected they get dressed up, paraded in from of cameras, and hope to gain the favor of the audience and as such get “sponsors” who will provide needed supplies in the game arena.  They get some training and are finally sent to their almost inevitable demise.  The central protagonist Katniss Everdeen, a dead coalminers daughter who volunteers to take her younger sisters place, is a fan favorite mainly because her puppeteers fake a romance between her and the chosen boy from her district, Peeta.

And speaking of that romance…

The targeted audience is obviously the mid-teen demographic.  And dare I say it…mainly girls.  Really messed up girls.  Sorry.  That’s not really a fair statement because all teenage girls are crazier than a pet raccoon anyway.   But boys should like it too because of the the aggressive nature of the story, despite the goofiness of the romance. As a teenager I probably would have been all over this book.

The nature of the romance feels very much in sync with current culture.  Perhaps it’s the Twilight phenomenon that sees otherwise nice girls, fall for those who would likely kill them.   Nonetheless the romance in Hunger Games is very by-the-book but thankfully different in execution to what confusingly made Twilight an unforgivable success.  In fact, the one thing that almost made me put Hunger Games back on the shelf was the thumbs up given by Stephanie Meyer ( Twilight creator ) on the back cover.   Fortunately Hunger Game’s Peeta is a likable sort of dude.  Vampire Edward is a complete emo-sissy with a severe iron deficiency.  Let me be clear: I don’t hate Twilight.  No, I #$@ing hate Twilight.  It and all of its fans. 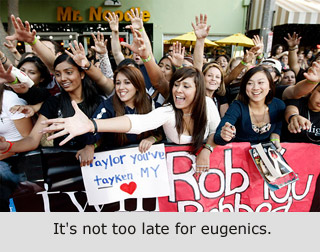 Many people were telling me that this is a horribly graphic book but to be honest, I didn’t think so.  No more so than Lord of the Flies or any Shakespeare play where everyone dies at the end.  In fact I felt as if it pulled itself back appropriately considering the target audience.  When someone dies, it’s usually a quick death.  Not slow and painful like having a Systems Analyst job for example.

While writing this review I almost made a mistaken point of saying no society can go this bad and be this bloodthirsty.  But then I did a mental overview of the history of mankind and realized hell…we do this crap all the time.   Sending kids off to fight to the death because the population fears the ruling tyranny?   Welcome to the undeniable depravity of human nature.

Much as I hate to admit it, I enjoyed this book.  Considering that I finished most of the book in one night must say something for how captivating it can be.  There is friendship, betrayal, character growth and yes, even dorky teenage kissing that at least doesn’t get too creepy and knows when to knock it off.  But most enjoyable is how such a culture is portrayed and how it came to be so dysfunctional.  It is a curious journey into a society that is utterly screwed up and ruled by Orwellian psychopaths that is reminiscent in many ways to The Running Man and Mad Max. 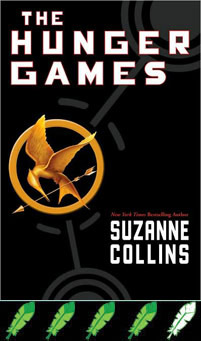 Hunger Games is part of a trilogy of books and I have yet to read the remaining two, Catching Fire and Mocking Jay.  The first ends with things momentarily resolved, but hinting that the crap really is about to hit the fan so it seems like things are about to kick into a higher gear.   I appreciated the ending as thankfully, it avoided the standard happily-ever-after cliche. Suzanne Collins does a fine job of finding her market given the success of the series.  She finds the right balance of emotion that her fans no doubt love her for.  And we can all especially be grateful that unlike Twilight, the characters in Hunger Games at least are not self-centered, whiny, unlikable pussies worthy of nothing less than our full contempt.

So go ahead all you parents of teenagers and read your kids copy.  Chances are you will probably enjoy the book.  Just don’t get all defensive about it because compared to Orwell and Hemingway, this stuff is an Archie Comic.

Now the movie is a review for another time!