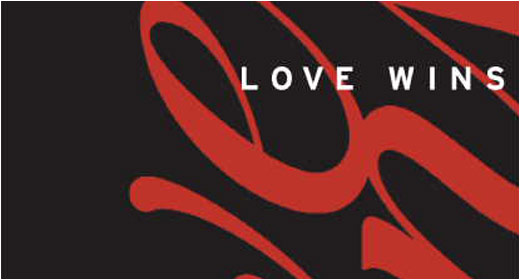 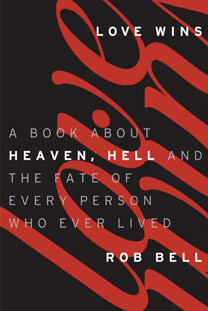 Think of this as less of a book review and more of a Public Service Announcement.  By request, it’s time I weighed in on the ongoing controversy regarding Rob Bell and his book, “Love Wins”.

This was kind of a reluctant move.  A while back I tolerated “A Generous Orthodoxy” by Brian McLaren and I wasn’t sure I was up to another post-modern road trip just yet.  But then again, maybe I was assuming the worst of Mr. Bell.  Maybe “Love Wins” has been given a bad rap.

So are the accusations true?  Is Rob Bell a universalist?  The answer to that question is unfortunately a big fat “yes”.

Listening to ( audio book ) Rob Bell walk through the Bible and history was like watching Gozdilla moonwalk through Tokyo, wrecking everything in his path.  Getting through this book was a task in itself.  Yet not because it was poorly written because the writing style is fantastic and very captivating using stories, history and scripture references to engage the reader.  No, rather it’s because the context of those references has been clubbed like a baby seal to promote what I can only describe as universalism…the idea that everyone is or will be saved.

For the greater good I forced myself to listen to the audiobook in order to keep myself from skimming.  I counted 8 different occasions where I started screaming “BURN THE HERETIC!” in my car.  It was really starting to freak out the other commuters, not to mention the people in my car pool. 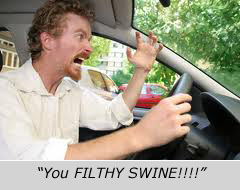 It is entirely fitting that Rob Bell begins his book by stating he is tired of the traditional story of Jesus, and embarks on telling us a new one.  But its not really new, just another trip down the post-modern road.  Yet despite Bell’s repeated references to universal salvation, he still believes in a Hell.   Although that sounds like a contradiction, it’s actually not once you get into the book and see what he’s driving at.

The backdoor for Bell is that he does not believe Hell lasts forever.  It is a temporary “period of pruning” and “an intense experience of correction” ( page 91). From my young years of growing up a Catholic, that’s sounds a little like purgatory.

Hang on a second, that’s EXACTLY what purgatory is!  So there you have it, the perfect transitional faith to go from Catholic to evangelical Christianity.  Thank you Rob Bell for your creativity. But whereas the middle ground is often the safe place to be in most situations, our infamous author merely puts us in a theological No-Man’s Land that questions everything, and ignores answers where they have already been clearly given in the Bible.

And that’s the crux of the whole book really:  Making assumptions in order to create a faith more palatable and easier to accept.  Assumptions that I already mentioned, cannot be demonstrated from scripture.

It also puts the whole global evangelistic effort into an unsettling new perspective.  Missionaries by this logic are being imprisoned, beaten, and killed for no other reason that to help people avoid a TEMPORARY house arrest in Hell.  Hey, if Shabab-Al Beely is going to slaughter my family and rape my donkeys because I want to share my faith then maybe a little time in Hell is good for him to help burn off all that negative energy.  Suddenly trying to save anyone becomes a non-issue because after a little while they’ll come around and be welcomed into heaven with open arms anyway!   Think of it as spending a weekend in Winnipeg, Manitoba during a heat wave. 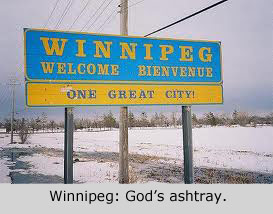 Yes, God is a God of absolute love.  But Bell is far more concerned with molding that love to accommodate our easily bruised western sensitivities, rather than accepting the historical biblical narrative that shows a love that is inseparable from its holiness and justice.  It’s a common mistake found amongst post-modern Emergent circles that God is love…and ONLY love…with no other attributes.

Despite Bell’s ongoing denial of being a universalist and insistence that Christ’s death is enhanced by his worldview, the opposite is actually true.  If we are as the Bible says, “once to die and then judgement” ( Heb 9:27 ) then how does Christ’s atonement enter into play if anyone can accept Christ’s substitution after death?  What’s the point of even sharing the gospel?  How is that not universalism?

The answer to the salvation question is perhaps even more deplorable than the universalist doctrine Bell upholds.  His god has an almost indifferent attitude toward sin.  Oh sure, his god doesn’t like it, but he’s now reduced to a permissive parent.  Honestly, how can you read Leviticus and ever come to that conclusion?  What, too Old Testament-ish a reference for ya?  Then how about Revelation?  His scripture uses are so utterly indefensible that in many cases, merely reading the next sentence will directly contradict his point!  Honestly, twenty years ago the church would laugh at this kind of pop-theology.  Why are we now falling for the most basic of heresies?

In spite of the optics or how much if offends some, we Christians readily admit that Jesus is the only way and through Him we are saved from an eternal separation from God.  But now…ah ha!!! Jesus is going to get you no matter what you believe!  Because what God wants, God gets.

And that is Rob Bell’s logic.  In order for God to win, everyone must be saved.  So much for the “narrow gate”.

“Love Wins” is really nothing new in terms of theology.  It’s just Universalism repackaged for the next generation.  This stuff has been around since day one and will continue to be recycled.  Mr. Bell is just the latest mouthpiece trying to be God’s new Image Consultant by stripping down orthodox Christianity into nutritionally hollow bite sized chunks that the masses will more readily accept.  It’s just regrettable that the outcome is something that is the antithesis of the gospel message.

Kevin DeYoung has accomplished in his review far more than I ever could hope to cover.  If this subject interests you, you simply owe it to yourself to check out his 20 page review.