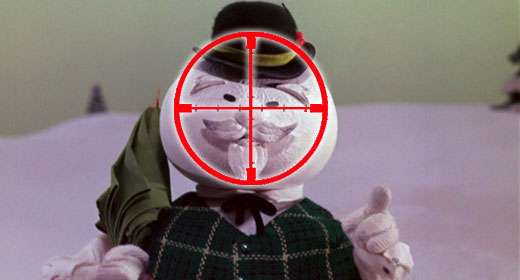 As sure as an approaching bowel movement after consuming a full bottle of Metamucil, Christmas too is soon to arrive.  And while there is much fun, frolic and things to enjoy about the day, there are also a few things that can suck the will to live out of your soul with more intensity that Pink Floyd’s “The Wall”.

“Have a howalee jowalee Christmas!  It’s the best time of the ye….” 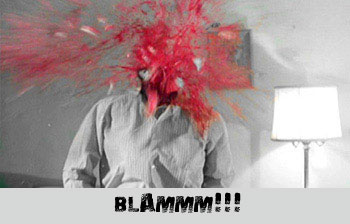 It would be easier avoiding a venereal disease during spring break in Cancun than it would be to escape the happy tunes of the late Burl Ives during Christmas season.   The happy, cheerful voice of that dead SOB will haunt your every step in shopping malls to the point that I’ve seen seasoned army veterans collapse weeping in the check-out lineup.

If by some act of gracious mercy, like say, you were trapped in your home due to a zombie outbreak, you would still be unable to avoid Mr. Ives. Every year that horrible…HORRIBLE…excuse for a children’s Christmas special “Rudolf the RedNosed Venison” has Burl doing the narration as Sam the Snowman with stop-motion camerawork so jerky it gives 1 in 5 viewers epileptic seizures.   Every year I just feel like burning a stack of tires just so we can melt the Arctic circle and that wretched snowman all the more quicker.

I’ll assume that you, my faithful readers, have completed Grade 3 and are aware that December 25 is not actually the birthday of Jesus Christ.   If we were to use the Biblical festivals as a guide, he was probably born during the Festival of Sukkot…nearly two months earlier.

But a funny thing happened when Christianity expanded outside Jerusalem…Gentiles joined the church and overtook the number of Jewish believers.  By the time the 3rd century rolled around, the new majority was growing hostile towards her Jewish roots…and anything remotely connected to them such as holidays.

Thus began the not-so-great purge.  Sunday gave the Saturday Sabbath the boot,  The Feast of Firstfruits got replaced by Easter and the pagan Roman holiday of Saturnalia got chosen as the means of celebrating Christ’s birth because that was probably the best way to stick a big middle finger to the Jews who were ironically the first Christians to begin with.   All of this without any popular Roman talk-show making a big spin on it. 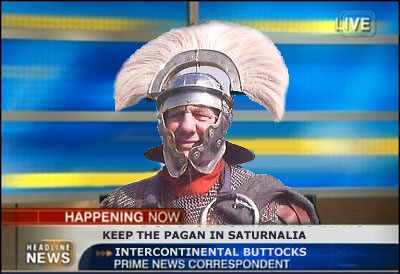 The attitude continues today, and that’s why the average Christian would rather piss on an electric fence than celebrate Passover over Easter.   Therefore, when some eager-beaver holds a Bible in the air and vows to defend the holiday, I just want to haul off and kick them in the balls with my CSA approved frozen boot.  First, the holiday isn’t even in the Bible he’s holding up.  And secondly, neither is Easter, St. Patricks Day, Cinco De Mayo, or Sysadmin Day.  All of them are days pulled out of someones backside, and in the case of Christmas…it was probably corporate America’s.

#3. Simple shopping is now a foretaste of eternal Hell.

The only image missing in the painting of Dante’s Inferno would be me standing in line at a Wal-Mart with nothing but a 2 liter jug of windshield washer antifreeze and stuck behind 40 condemned souls, each with a loaded shopping cart of disposable plastic toys that will be forgotten quicker than the time it takes for junior to unwrap them.

Until the post-holiday hordes have dissipated, you would do well to stock up on food staples and toilet paper with the intention of avoiding any and all places where frantic consumers are located.   Should you find yourself in a situation where you absolutely MUST make a trip to the store, bring a backpack filled with supplies.  Having comic books, a protein bar, water and cyanide pills for the Boxing Day returns line will certainly make your experience a more pleasurable one.

I’ll admit right off the top that I can be a difficult cat to get along with.   I’m a farm kid who became a systems analyst and as such could use a few lessons in social etiquette given the glares I often get from my wife during some conversations.  As such, I’m fully aware that any tension with in-laws is probably at least 95% my fault to begin with.

But I’m not all bad either, and I like to think I can take constructive criticism when it is deserved.  Constructive.  When I’m accused of opening a portal to the denizens of Hell by playing an electric guitar, I have to take such a rebuke with a grain of calm rationality.  The problem is when I decide to not just drop the subject and instead have a little fun, thus becoming the actual cause of any tension.   So when I say “family” is a problem, I’m pretty much referring to myself! 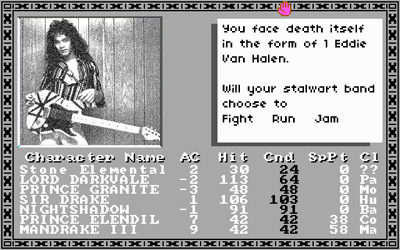 One tree can release as much as 260 litres of moisture into the air and purify it in the process.   Now I’m not a tree hugger by any means.  After trying to save a patch of forest from loggers back in 1992 by chaining my naked body to a Douglas Fir, I quickly learned that my methods could benefit from some refinement. 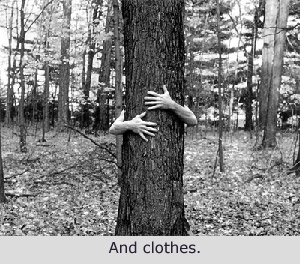 In an age where re-forestation should take precedense due to increased burning of the rain-forests, it seems rather comical to go through a massive conifer grow-op, only to have them rendered to wood chips before they even get started.  Equally senseless is the fake tree, which is made form entirely non-renewable oil.   I guess what I’m saying is, if you need to kick the environment when she’s down, maybe take it out on something that won’t leave a scar on the earth.  Like the whales or baby seals for example.