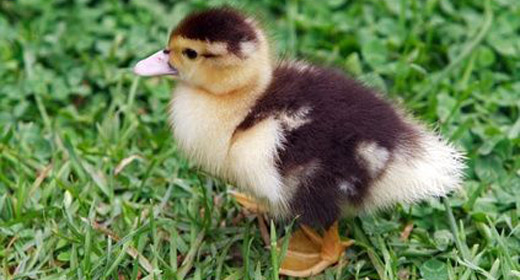 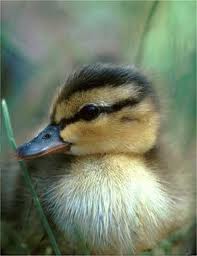 Any day now it should hatch.  One mallard duck courtesy of my kids finding an egg in the woods.  Indeed, a few days after we popped it in an incubator we discovered it’s fertile…and steadily growing.  But now I’m left with the question of just what the heck am I going to do with a duck in the suburbs?  And if anyone says “give it away”, then you clearly don’t have 4 children that would block my path like a Republican bodyguard taking a bullet for Reagan.

So in a desperate attempt to put some lipstick on this pig of a situation, I’m going to give 5 Reasons to Own a Pet Duck…

Ducks don’t have sphincters.  Did you know that?  That means they have all the bowel control of your octogenarian Grandpa walking around the house after binging on the prunes and Metamucil without his Depends undergarment.   This can become a problem where I live because as we all know, Canada is a frozen wasteland where any attempts to go outdoors for more than a few seconds will result in a frozen death.  In fact, the dozens of dead American tourists on the border have caused a crisis situation. 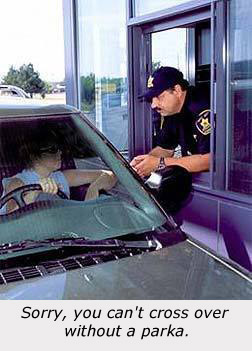 For the sake of non-Canucks who can’t understand cultural sarcasm, I’ll clarify that we do indeed have warm summers.  Just not all year long.  So in the winter months when me and the children are sleeping in the igloo and sustaining off caribou jerky and maple syrup, the mallard will also be inside where it is warm…roaming around merrily crapping on the sofa.

Mallards are everywhere in Canada.  They’re like the hipsters of the animal kingdom and as such they are found by every pond, stream and river you can imagine. 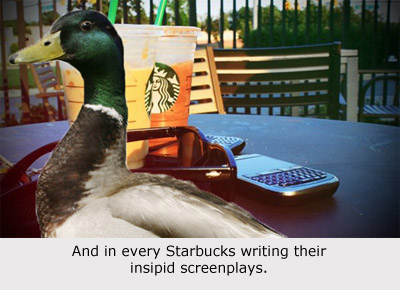 As such the laws regarding keeping them are hard to nail down.  First of all, taking an egg from a nest is a no-no right there, so right away my kids are despicable little thieving gangstas in the eyes of the authorities ( although they SWEAR it was just laying in the ground.  Yeah right! ).

Fortunately mallards are not on the same level as a Bald Eagle or a Whooping Crane when it comes to protection, but nonetheless I have to worry if some eager Conservation Officer just feels like being a dick and ruining my day when they see some kids walking down the street with a mallard-duck on a leash.

In a world that thinks squirrels that waterski is synonymous with investigative reporting, I now have the luxury of wondering when some yellow excuse for a journalist will knock on my door wanting the “feel-good” story of the week.   I live in a suburb that has a local paper so it is not outside the realm of possibility that a powerless Clark Kent wannabe will inform the entire community that there is a family with a pet mallard, and proceed to give my name and address along with photos of my children.  Suddenly the potential consequences of #4 seem a lot more likely to happen. 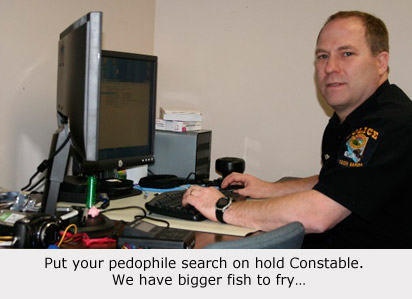 This too has the possibility of escalating to the nightmare scenario: the roaming TV reporter.  I’ll be honest, I write easier than I talk.  So when Global TV News shoves a microphone in my sweating face I guarantee that I will say something absolutely stupid like, “I love ducks, but the problem is that if you own just one it will probably be gay.“.   See?  That made no damn sense at all but it won’t matter because now me and my family are in protective custody to hide from the bleeding heart liberal-mafia.

#2.   Vacations will now have 2x the adventure

When you go on vacation you can easily hire a dog sitter.  Or bring the cat over to your cousins place.  Fish?  Feeder block.  Hamster?  Just let it die a rodents death.  But a duck?  You have 2 options:  (1) leave it outside so a hawk can kill it or (2) leave it a bowl of food and water in the house and let it roam about.  Also see Point #5. 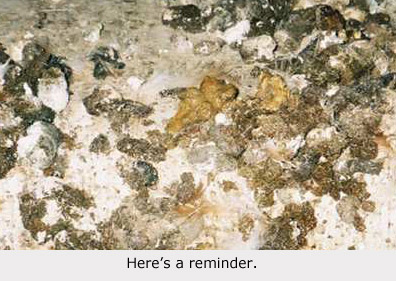 Face it.  The duck is coming with us as we travel west to my wife’s relatives and east to mine.   Instead of being a nuclear family with a pet dog, I instead won the cosmic Sucks-To-Be-You Draw and got a duck that will happily quack every last second of the 14 hours to my parents place.  But that’s not the worst of it.  This will also complicate hotels.  Given that the policy on having wild poultry in your room isn’t necessarily clear ( I called the Ramada Inn.  They just hung up on me ), it’s safe to say that walking past the front desk with a duck in hand will not be greeted with open arms but instead with all the reaction as if a family of lost Hillbillies was staying the night with their pigs. 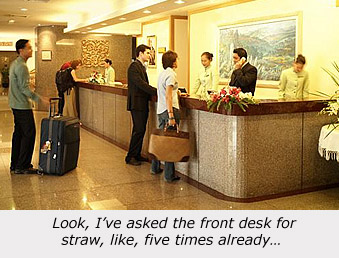 I once had a name.  But then the duck took it away.  I will now be known as, “the guy with the duck”.   My wife is likewise, “the woman married to the guy with the duck”.   When I go for a morning jog, my neighbours will ask me, “hey…uh, guy…how’s the duck?”.   I mean honestly, how do you compete with the popularity of tame water fowl?  Simple, you can’t.   That adorable little attention magnet will have the popularity of the Beatles while it’s owners will remain less relevant than Right Said Fred.

UPDATE: At midnight June 5, 2012, the egg hatched.  Behold Langley the Mallard.  Just so you all know she has been sent to a wildlife rehabilitation centre to eventually be re-introduced to the wild.  Happy ending!

The Dysfunctional Parrot is proof that parrots and poultry can co-exist despite their mutual loathing.