I don’t often get a lot of King James propaganda pointed in my direction.  My church is a combination of traditional and contemporary that sees the benefit of multiple translations.  In short, nobody really cares what version the other person uses. 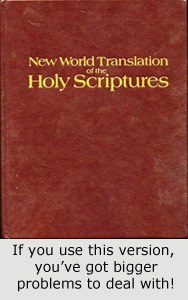 But every now and then one comes along…

I’m a guy that runs like a flowchart.  Because of this I am also an intensely boring individual.  So much so that you would probably rather shave your tongue than spend five minutes talking to me about anything emotional.  I swear I can be worse than Spock sometimes.

The King James only folk are the antithesis of all that.  Logic be damned…THIS is the AUTHORIZED Word of God!! 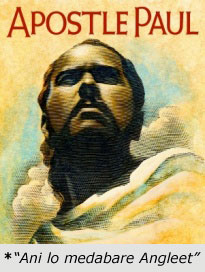 Nope, it’s none other than King James.  So what makes this guy so freaking special?  How is that different from a “Queen Elizabeth” or  “Prince Charles Bible”?  Or better yet…Zondervan, Tyndale Publishers, etc?

And what about the first Japanese version?  Or Dutch?  Do they need royal accent from a dictatorial monarch in order to be Authorized?  You see how the logic is falling apart here pretty quick.

I find it highly improbable that the translators finished the KJV only to suddenly proclaim “Hear unto us…this is the Bible in English, and lo unto thee, there shall never be another made…EVER!”.  Even the Scottish would have laughed at them.  If that were true, then why is it that almost NOBODY uses the 1611 version?  Like it or not, the KJV commonly used is a revision of the original.

The amazing irony is that the intended mission was to translate the Bible into the language of the ENGLISH SPEAKING people.  For a time the KJV performed this task with unparalleled mastery.   What is a sad outcome is that many are forcing those who cannot understand it to spend time learning a dead dialect…effectively doing what the nasty Catholics did by hoarding the Bible in a Latin translation.

If I want to communicate the Bible, I generally use translations that flow well with modern english.  Right now I’m enjoying the ESV, but have gained much while using the NIV, NASB, Good News, New Living, etc, etc.  Funny thing about English…it’s not a one size fits all language!

Now, I’m not dumping on the KJV. I’m dumping on the King James ONLY people.  The KJV has served a mighty purpose in history.  I use it from time to time myself, and am a big fan of the NKJV.  It has a wonderful prose to it that is nice to read from time to time.  But it is also obvious that the English language ( and scholarship ) has come a long…long way since the 1600’s.  I would ask the KJO-types to try and think in terms of postmodern evangelism, and less in terms of the stereotypical Baptist “suit and tie” outreach.

Bottom line, if you want to read the truly inspired Word of God, learn Hebrew, Aramaic and Greek.  But to argue that you must learn late 1600’s ENGLISH because it alone is inspired is the very definition of preposterous. 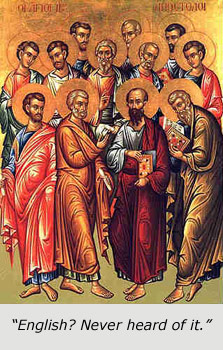