Some might think I’m just picking on people with bad theology.  For shame.  You should ALL think that.   Look, I respect differences in theological opinion.  And truthfully, I’m sorry I’m such a cynical guy sometimes especially since I am a Christian who should be a more caring example.   But I really am Mr. Nice until the correct set of launch codes sets me off, and that just happens to be false prophets.  I get a little peeved when history is rewritten, Bible passages are clearly taken out of context, and ESPECIALLY when some Joe Blow gets up and claims to be the sole messenger from the AlMighty while having absolutely no credentials except that of his own little fan-club. 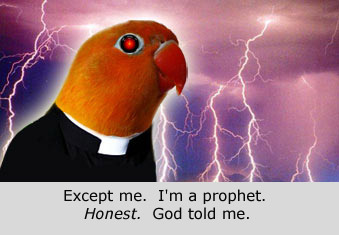 Creating a cult is a lot like sex.  It’s a disgusting, filthy, abominable act that smells bad ( only if you’re doing it right! ) and horrifies those around you.  Yet the rewards are all you can think about while everyone is enjoying themselves.  Only afterwards does the shame and remorse set in and you can barely look at your own children without thinking of the gross act that created them. 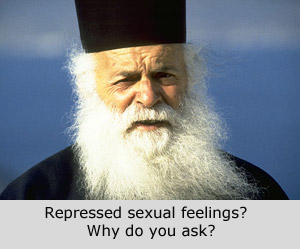 According to the Heretic of the Month, Family Radio, the time between May 21st and October 21st was supposed be Judgement.  Thus far, I have to say that it has had rather excellent weather.  Best year for tomatoes and onions yet I must say.   However, according to Family Radio, October 21st will be cloudy with a 100% chance of a righteous planetary ass-whoopin’.  Relax folks, I’m here to ease and educate your weary soul.  And…I’m also a professional.

By that I mean I’ve had more dealings with end-of-the-world cults than Obama has with Oprah.  For a few years I spent much of my recreational time harassing Jehovah’s Witnesses ( internet really hadn’t kicked in yet ) and once they ceased to amuse me, I went after Mormons and thoroughly enjoyed dissecting their prophet Joseph Smith in such a way that they could only deny reality in order to continue.   So yes, cults have been my thing for years.  My advice to any members reading this?  Don’t get me started. 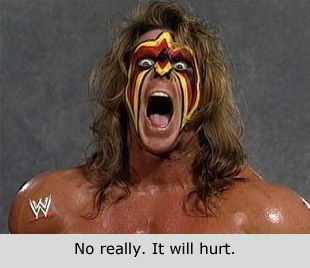 But groups like Radio Bible Fellowship make me long for the old days.  Say what you will about the Watchtower and Mormonism, they really have gone through an awful amount of work covering their tracks, employing effectively deceptive PR, and just all and out BS-ing us.  On the flip side, Harold and his kids are amateurs worthy of the most contemptuous face-palm we can give.

The thing about cults is that they always fall into one of several traps of their own doing.  First, they claim infallibility or at the very least owning a modern-day prophet.  You have to admit, saying “the Bible Guarantees it” when it came to the failed prediction of May 21st is a pretty hard corner to get out of.  Especially since the Bible always guaranteed the opposite ( no man knows the day…sound familiar? ). 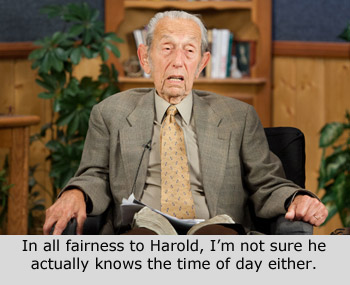 Also, cult leaders in the past start to believe their own press.   I’m sure Mormonism’s founder Joseph Smith never foresaw at the beginning that he would be claiming Quakers lived on the moon, prophesying about events that never happened, claiming you needed to marry a ton of Mormon babes to become a celestial god, and that God was once just a man.   It just…sort of happened.

So too Jehovah’s Witnesses.  You think Charles Russell foresaw his followers sitting on rooftops REPEATEDLY waiting for the final judgement when he first opened shop?  Take it from me, a lot of them are still pretty cheesed off over this…and have no problem blaming me ( ie. Christendom ) for it all.   If you even TRY and bring up the blatant false prophecies of the Watchtower they will go absolutely ballistic, scream a random verse and kick your dog.   At least Mormons have the decency to merely tune you out.

Another fatal flaw is using verses so terribly out of context that a child could see the true intent.  What makes it even crazier is that Harold Camping never even attempts to answer his accusers.  During a radio debate with James White, I’m not sure Harold even knew where he was.   Ask the man a question and he talks as if you’re not even there.   But he’s not alone here.  For example, ever heard of the two sticks?  Mormons quote Ezekiel 37:16-17 that mentions two sticks joining as one.  That is the Bible and the Book of Mormon…obviously.  Or not.  Verse 21-22 immediately states the two sticks are the northern and southern kingdoms of Israel.   But try to physically show them the text and you’ll be lucky if they even acknowledge your presence. 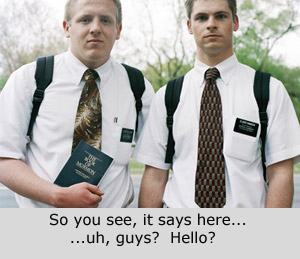 So as another doomsday prophet comes and goes, we eagerly await the next peddler to emerge from the shadows.   Jesus said we’d better get used to seeing them so it’s probably a good idea to take Him at his word.   Guys like Harold Camping are yet another reason why Christians as a whole need to be well versed in apologetics, history and especially their Bibles.

The Dysfunctional Parrot would never attack the Cult of Scientology. Certainly not while Tom Cruise is doing such a great job at it.