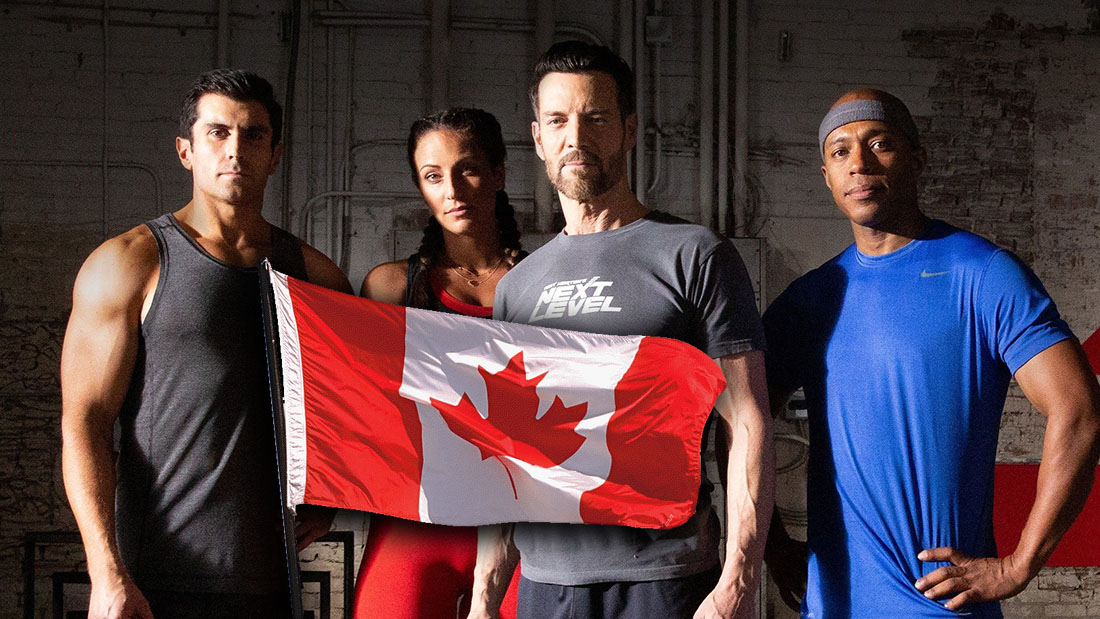 Not a day goes by where I don’t get asked about Tony Horton’s “The Next Level”.  Desperate requests fill my inbox such as:

“Why haven’t you reviewed it?”

“I’m in the bedroom right now wearing the school-girl outfit.”

For a moment I thought I cracked the code, and soon I would reunite with old friends such as Bobby, Sean and Alice.  It’s like a big family reunion, except…somebody seems to be missing.

Believe me people, I’m desperately trying to get access to this program.  But there is one, very major roadblock in my way.

While I am indeed an Amazon Prime member, my credentials mean squat when it comes to media content.  Prime Canada makes damn sure we simpletons up north are not exposed to the wonders of American media without approval from our federal overlords.  In other words, not until the suits in Ottawa get their piece of the pie.  Until then, the only thing we have unrestricted access to is state-sponsored diarrhea from the CBC.

Tony, are you reading this?  Good.  Sit your ass down because you’re going to get schooled by the Parrot.

In terms of roll-out, this is hands down, the most frustrating I have ever endured.  Few people would consider paying for Gaiam TV because people who sell brain crystals are generally people we try to avoid giving our credit card information to.  All the other streaming services are simply putting one back into bondage with cable companies.  Sorry, but I’m not going back to Egypt.

And then you did it.  Amazon Prime was the golden opportunity for redemption, as that’s a mainstream service.  I thought to myself, “Tony, my boy finally came through!  All is forgiven!  Give me a big Italian hug you glorious bastard, you!”  Honestly, who among us hasn’t signed up for Amazon Prime just so we can get immediate delivery on adult toys we’re too embarrassed to buy in person?

So when I heard this, I loved you again Tony.  But then I found out that as a Canadian, I was once again denied access since The Next Level is apparently hoser-proof.  You son-of-a-bitch, you left me standing at the altar again.

How I’m Trying to Thwart Fate

Canadians are exceptionally skilled at two things:  Binge drinking maple syrup and bypassing our socialist overlords so we can get the decent stuff south of the border.

My plan involved accessing my Amazon.com ( NOT .ca ) account and putting in an American address.  Which address you may ask?  Well, I used Reship.  Canucks use this all the time to get things across the border which our government feels we don’t deserve.

Next step, I tried using a VPN since any access would leave a scent of poutine and be flagged.  No problem, as I already use one because like I mentioned earlier, I’m Canadian.  Once routed through Seattle, I became an instant American.  Well, at least in Amazon’s eyes.

But it was all for naught as I was once again frustrated by failure.

My credit card betrays my lineage of a filthy northern hoser.  So unless I start up an American bank account, I’m at an impasse.   While I could do this, it seems like a heck of a lot of trouble for mere workout program.  Still, I sojourn on and can assure my readers I will not rest until I have this deer in the freezer.

So listen up Tony…whether you want to accept it or not, this Canadian SOB is going to get access to The Next Level.  You can’t shake me that easy.  I’m like Glenn Close in Fatal Attraction, and I have your rabbit.