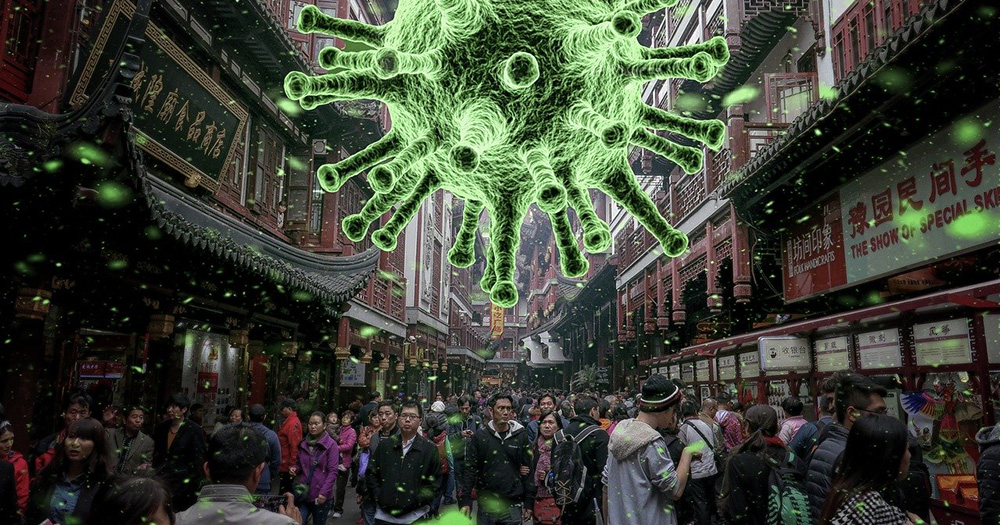 According to recent reports from the reputable and always honest media, we’re all going to die again.  This time it’s from coronavirus.  It’s all rather bewildering as in the last 5 years, I should be dead from climate change, net neutrality, Trump, shark attacks and flyby asteroids.  I obviously have more lives than a litter of cuddly kittens.

Perception is the New Reality

I’m a doctor in the same sense as Dr. Dre or Doctor Octopus.  Such are the times we live in.  But if a group of folks can identify as a cabbage, I’m still the least crazy one in the room.  With those impeccable credentials, I think I can reliably state that coronavirus will not transform anyone into a zombie.

I came back from Mexico a few weeks ago and I could already tell the panic was starting to fill the air.  More than the standard number of people were donning surgical masks.  Given the disgusting, bug-ridden environment planes are, I suppose it couldn’t hurt.  To help with my anxiety, I got a pilot fresh out of Top Gun Academy, who was obviously trying to aim for the juiciest pockets of turbulence.  By the time he was on the fifth barrel-roll, dying of a flu with a fancy tagline was the last thing on my mind.

The “NEWS” is full of it

I give news media the same amount of credit I give Barry the homeless meth-head on the street-corner holding a doomsday sign.  Like Barry, the news tries to convince everyone the end is near.  SARS, H1N1, Bird Flu, Taylor Swift’s new album…our demise is always just around the corner.  Blue skies and sunshine don’t glue butts to the screen.  But fear?  That crap flies out the door like free foot-rubs.

Media misinformation is rampant.  We are told it’s the fastest spreading virus.  It isn’t.  We’re told the mortality rate is high.  Actually, it’s 2%…and falling.  That percentage also depends greatly on the demographic.  Most people it seems have very minor symptoms.  Hell, you would already be immune if you had it and didn’t notice.  However, if you’re a fat, Kraft Diner eating couch-potato with pre-existing conditions, then well…your visit from the Grim Reaper was going to happen one way or another.  Not to make light of that, but keep it in perspective.  The regular flu kills about 500K globally a year, so coronavirus is bush league by comparison.

Another angle is that the virus is mutating.  Obviously this means infected individuals will now grow horns or develop three breasts like that chick in Total Recall, in addition to dissolving into a puddle of goo resembling beef-ravioli.  However, when a virus mutates, it generally gets weaker.  Remember SARS?  It got a big marketing push then decided to loose a few genes.  In no time the average immune system gave it a Hulkamania leg-drop.  You’ll be glad to know SARS is still around, but it doesn’t pack quite the punch it used to.

Hate to be the one to say this, but everything kills people.  Yes, coronavirus will indeed kill some people.  So will tornadoes, earthquakes, icy sidewalks, sitting too much, camel spiders, choking on a chicken bone and walking down an LA street.  I’m guessing more people died from exertion after throwing too many bricks at the screen after watching Last Jedi.

If you spend your life terrified something it going to bump you off, you probably have a pretty sad existence.  I’m guessing you know you’re wasting everyone’s time and silently know the Good Lord has your number when it comes time to defrag the world’s hard drive.

If you need a little help with this concept, my good friend William Shatner can explain it best in a song…

The best cure-all for mass hysteria is calming right the heck down.  Have a nice herbal tea.  That anxiety is going to give yourself a condition that statistically speaking, has a 10x higher chance of bumping you off.

Just remember…WE’RE ALL GOING TO DIE…eventually.  So wash your hands, don’t lick the handles on shopping carts and I guarantee, you’ll get through this latest pandemic just fine.