Before anyone freaks out…again…about this article, know that I only hurt the ones I love.  I never regret taking karate, but I also have no fun poking fun at it.  Please accept this in the spirit that was intended.  Thank you.

Some time ago I wrote the article 5 Reasons Karate is Useless and since then the Jedi Academy’s of the world have united in one monolithic front to denounce me as a heretic.  I then wrote the follow up article, 5 Reasons Karate is NOT Useless, but my adversaries were not to be satiated.  Like a Eye of Sauron, I had gained the wrong kind of attention and forgiveness was not in the cards.

So after countless e-mails, letters and bags of flaming dog crap put on my doorstep, I think perhaps it is time to take off the gloves and explain that while yes, although karate is indeed useless and even not useless, it can actually be kind of dumb too. 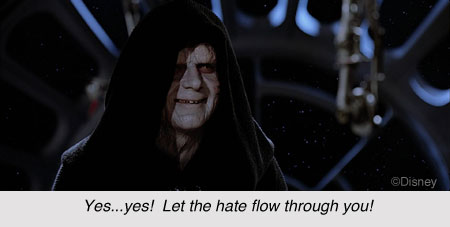 Just for the record, this is not the rant of a bitter moron who went to a single McDojo.  I was really good at karate for the fifteen years I was heavily involved.  I went to at least a half dozen high profile Shotokan dojos across Canada including some cross training from different styles such as Goju-Ryu, Uechi-Ryu and even a stretch in TaeKwondo ( ok…that was a McDojo.  So I’m guilty there ).  My brother is a former Pan-Am Karate Champion and two of my sisters are also black belts so you might say martial arts are strong in my family like the Force is with the Skywalkers.  That’s why I feel qualified as someone who has been in the trenches and seen a lot of things from many diverse angles.  Truth be told I still love karate but it’s not a blind young love.  It’s more of a mature relationship where we acknowledge each others faults such as…

When they say “karate is for life” you should know that there are many, many people ( all under the age of 17 ) who take that as Gospel.  As an adult most would understand that all things have an end and that life has its seasons.  It seems common that once you arrive at brown belt levels that karate becomes a suicide death pact where you leave only when you personally hand in your death certificate with your dead zombie hand because damn it, that’s the way Funakoshi did it.

Believe it or not my young karate-ka, but the day comes to us all when eventually when we hang up the belt and walk out the dojo for the last time.  At that point you might notice that your one-time dojo associates look upon you somewhat differently.  That’s because you are now a Karate-Apostate©.

The logic is strange:  Nobody ever leaves a good dojo.  Ever.  Did you know that?  Well now you do and that means if you are discontent with your dojo or simply move on for any reason then it was obviously a McDojo.  Your Sensei sucked, and you are lost in the world as a man without honor.

Leaving karate for many is a personal attack on the dojo.  How $#@! DARE you leave!  You are now an example of someone who can live without karate just perfectly fine and that simply cannot be.  No, you are instead a failure and a quitter because you have to be.  If this all sounds familiar you’d be correct.  It is the same methods used by cults like the Jehovah’s Witnesses for ex-communication albeit on a thankfully smaller scale.

This encounter happened to me more than a few times from a few Senseis.  I’d be shopping at Home Depot for proper lumber to build a trebuchet in the backyard and I’d meet the old boss.  I’d say “hello”, and they would grunt.  Eventually I’d force the question out of them…“you left suddenly”.

“Yeah, you know kids.  Job.  Sex with the Mrs. instead of going to the club.  You know how it is.  Actually I review workouts at the insanely successful website, DysfunctionalParrot.com and martial arts were holding me back.  Now I feed off the raw hatred of a million dojos.”

I then hand him my card and he looks at it like it is covered in anthrax.  Man, some people can be so tense. 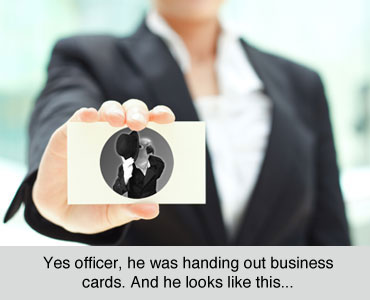 Oh, you poor deluded dopes.  To think that success is by association is a sad, sad way to justify your time spent in white pajamas.  If I had a nickel for every time a karate-ka name-dropped an MMA fighter who chewed gum in a dojo I’d find better ways to use my time.

Truth is that Mr. X left his dojo and took up a different art because to remain in karate and enter UFC fights is the epitome of dumb.  Did GSP take karate?  That’s nice.  Is he still attending his local YMCA dojo?  No?  Then stop being so dumb. 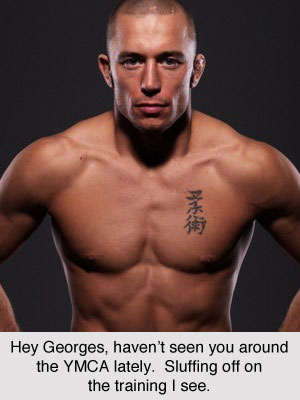 The ultimate irony?  Most would have accused GSP or a similar fighter of being a quitter when he left his karate dojo just like my previous point.  Now that he’s famous everyone wants to claim credit.

I’m willing to bet that most Americanized “oriental wisdom” is taken from reruns of Kung Fu and is about as good as the guidance of Yoda.  It’s generally not harmful.  Just kind of vague and has the substance of a popcorn fart. 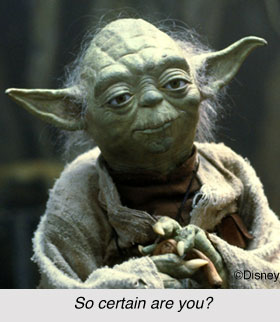 Every dojo knows at least one guy who is the resident Samurai.  By all medical standards he/she should be a normally functioning human being but be damed if I can place what makes them loose sight of the fact that the nearest they ever got to Japan was buying a sushi lunch pack at the grocery store.  Perhaps one day medical science will have answers for why white suburbanites act like Oriental warrior stereotypes, but until then rest assured you can find them hanging out at the local karate dojo.

Things really get weird when the entire club spends an inordinate amount of time speaking in Japanese.  Hey, I understand the need to call a triple punch a sanbon-zuki or a horse stance a kiba-dachi.  That’s just common etiquette and I think the tradition is cool.  No…it’s when members start greeting each other in Japanese, yelling the club rules in Japanese and utterly butchering the language that things enter the dumb zone. 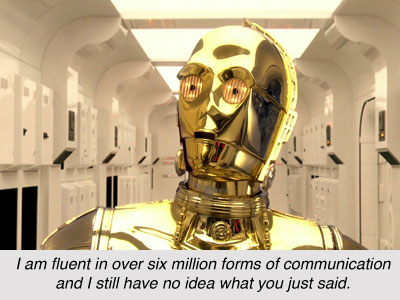 I long suspected this when our club rep, the respected Yaguchi Sensei would come up to the Great White North for testing and always seemed to be forcing back a smile whenever the Dojo Kun ( 5 club mottos ) was yelled out in his native tongue.  Being a curious fellow, I spoke with a friend who speaks fluent Japanese and confirmed my suspicions:  We were all guilty of yelling unintelligible gibberish.

As my cross-Canada dojo life drew to a close I couldn’t escape the feeling something was kind of wrong with these people.  And now that I have written my thoughts about it on this site and have seen the comments section, I have documented proof:  many in karate are flat out obsessed crazy people.

It might seem I’m repeating Point #5 but I’m actually extending on it.  Rather than leaving and facing apostasy, the real trial can be co-existing with certifiable nut cases who feel they are the reincarnated spirit of Bruce Lee.  This can be evident by seeing samurai swords on the wall, oriental decor in a non oriental household, and in extreme cases a makiwara in the backyard ( Scott, you need serious help ).  These delusional souls should be avoided at all costs.

#1.  Leaving Karate can actually make you better at Karate.

A lot of karate members feel that being involved in the martial arts is like being a member of Raz al Goul’s League of Assassins.  Might I suggest a more mentally stable approach to life?

Many practiti…screw that.  ALL karate practitioners will say this mantra to you when you get your black belt: “Black belt is the beginning.  Now you are ready to learn.”   And they are 100% right.  They just left out a few details.

Now those of you who have made it this far without punching your screen should understand that I don’t hate karate.  I actually still practice it and freaking love it.  But at a certain point in your training it is very possibly beneficial to kiss the dojo goodbye and like a little birdie, try flapping your own wings for a change.  That is when my karate exploded and I never went back to a dojo and all the politics that come with it.  Parrot-Ryu was born. 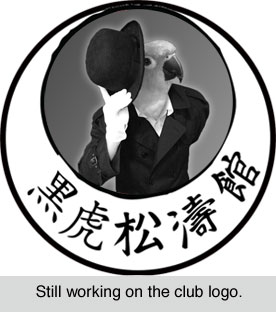 Now I can learn any kata I want from any style.  Is my form perfect?  Try finding any consensus between dojos when it comes to form anyway.  I actually got flack from a sensei because out of the blue he didn’t like my foot form which I totally copied from Tanaka who I assumed was not a complete nube.  So you know what…the heck with that guy!  Maybe I’ll even make up some kata!  Why not?  That’s all the founders did and last I checked they were human too ( a shock to many I’m sure ).  As for sparing, having four kids constantly ambushing me throughout the day with sneak attacks keeps me on top with the reflexes of a ninja. 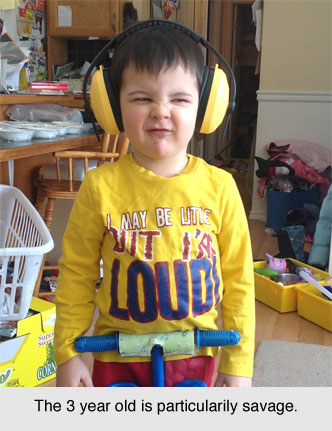 Why stop there?  Maybe instead of a Japanese bow I’ll close with an end-zone prayer to JC.  Seriously folks, break out of your routine and mix it up.  That’s my final advice.  Do you really like karate?  Then take it to the next level the way only you know how to do.  Maybe then it will not only be less dumb, but actually become rather magnificent.