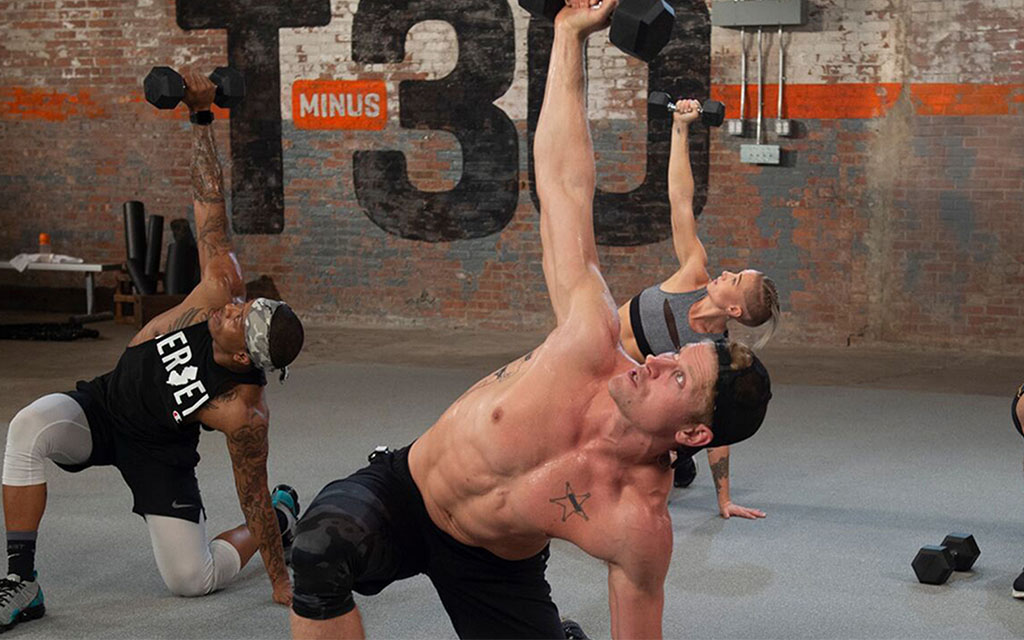 Rumors of the death of video fitness programs seem to be greatly exaggerated.  As long as people with minimal self-control co-exist with Kentucky Fried Chicken franchises, there will always be a demand for the next trainer to motivate the pudgy masses.  Probably even more so with millennials, given their almost insatiable appetite for undeserved accolades.

The Kingpin of fitness has been for some time, Beachbody.  No surprise there.  Once Tony Horton threw a P90X hardball at us, it pretty much set the stage for the next two decades.  Naturally, capitalism thrives on competition, so other companies rushed to grab what remained of the leprechaun’s gold.  These days the playing field has narrowed to online content from a few big names such as Dailyburn, Athlean X and now, Openfit.

Openfit appears to be the new kid on the block, offering streaming fitness content.  In fact, typing their company address into Google Maps shows they are an absolutely independent…

Bah!  Coincidence you might say!  Maybe BB is renting office space since they don’t need a whole building to do their day to day operations.  A simple lookup of the copyright information should put this nasty rumor to rest…

So there it is folks.  Beachbody is Openfit.  Openfit is Beachbody.  I’d like to use an Ace Ventura Finkel/Einhorm reference, but blast it all…somebody in the Facebook forums beat me to it.  Aw screw it, I’m going there anyway…

Naturally, this brings up a few questions, such as…

You wish.  I can assure you that in the last days, an army of Beachbody Coaches will decend upon the earth like an army of locusts to dish out the final plagues upon humanity for its sins.

That having been said, being a coach these days ain’t what it used to be.  In the Paleolithic Era when DVD players were the primary source of entertainment, Beachbody was able to peddle those shinny disks like designer heroin.  You know the way McDonald’s up-sells a large fries to your cancer-sandwich?  Coaches do the same with a “would you like some Shakeology with that?”  Well, the burgers are off the menu and coaches are now trying to sell just the fries since streaming content is just how its done now.  They’ve been reduced to vitamin peddlers.

It kind of begs the question though, what is the point of a second company that makes no use of the Coach-Army and has a smaller catalog of programs yet charges the same as the parent company which has a much larger selection?  I have a theory.

I’m going to use a hockey reference because every other sport is garbage.  The big NHL clubs have “farm teams”.  This is where the young bucks who have exceptional talent go to develop their skills.  Maybe a big-league scout will see them and then one day they get to fight for Lord Stanley.  The rest accept the harsh truth that they will forever be second best and live a life shadowed by misery and regret.

In light of that analogy, I’m going to just say it.  Beachbody has a talent shortage.  I don’t know what is is about Tony Horton.  Maybe it’s his unique wit.  Maybe its the functional fitness approach.  Maybe he’s the mother-porking Anti-Christ and we’ve all been hypnotized.  Whatever it is, the man is as synonymous with Beachbody as Wayne Gretzky was with the Edmonton Oilers.  With Tony out of the picture, the company has an identity crisis.

And I don’t want to urinate on the latest trainers either as they’re not bad.  But let’s be honest, they’re as interchangeable as Lego.  Any trainer could easily be air-dropped into the others series and probably do just fine.  I also don’t want to say Tony is flawless either.  For a lot of people he’s the living embodiment of fingers on a chalkboard.  But numbers don’t lie either, the guy is dang popular in what he does.

Even the closest runner-up name in training, Shaun T, is kind of a one trick pony.  Push, Push, You gotta listen to Shaun T y’all, yeahhhhhh…  Not a lot of practical direction from that guy is all I’m saying.

Beachbody is desperately trying to bring in new faces to upgrade the roster.  Openfit may allow the opportunity to develop some fresh talent without taking the risk of having a flop be associated with your company.

If I could send on message to Beachbody, it would be “resist the urge”.  Any attempts to create a Tony Horton clone are going to fail in ways you cannot imagine.  Tony seems to ride the fine line…a leaf on the wind.  You love him or hate him, and that’s normal because nobody gets all the love.  But people who try and copy an existing individual?  Well, the anonymity of the Internet can be very, very cruel.

I’m actually interested in what Openfit brings to the table and have a glimer of optimism for what it may bring.  It may need to reconsider it’s pricing structure as I don’t know why anyone would pay the exact same shillings for them as they would Beachbody.  But I do like the idea of an MLM-free alternative since I view all multi-level marketing with the same hatred I generally only reserve for “The Last Jedi”.  In the very near future I’m going to review some of their offerings to see how much potential lies there.