I confess, I know jack squat about Tai Chi except that there’s the stereotype about it attracting a certain kind of person who has a fascination with new age hocus pocus.  Not true I’m sure, but that’s the perception.  That makes this review of Beachbody’s Tai Cheng by Dr. Mark Cheng, well, sort of a challenge.

Lets put our cards on the table:  I’m a Christian and we tend to have issues with the whole “inner-chi” business.  So if this works good as a stretch, strength and relaxation program then it shall meet with my favor.  However, if it’s nothing more than Yoda asking me “tap into the Force”, I’m bailing.  If anyone has an issue with that, just be careful who you’re messing with or I’ll take you and your worldview to the cleaners. 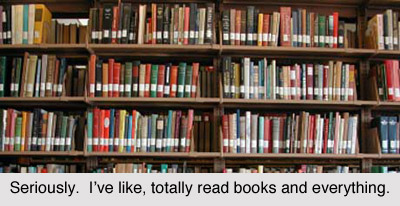 But now that we have that behind us ( see, we’re all friends! ), it’s time to get to some Tai Chi where I can move slow, cool, and imagine I’m smashing my indestructible fist through a cyborgs chest.

I HIGHLY recommend a rumble roller.  You will love yourself for it.

Hot dang, we’ve got the foam roller for our warm-ups!  In case you haven’t guessed, I love these things, especially the Rumble Roller which Dr. Cheng uses.  The classes will be joined by a mother and son team who act as demonstrators.

To kick off each day in Phase 1 is the same 18 minute warmup followed by a unique stance segment that works it’s way up to learning a sequence at the end of the 3 week cycle.  These stance practices generally last between 6-10 minutes for a total of six cool poses you can use in your next bar fight.  There is the occasional demonstration of how certain movements would apply in combat, but it’s only for educational value.  Try any of that “Phoenix Tail” on Georges St. Pierre and you’ll wind up stuffed in a shoebox. 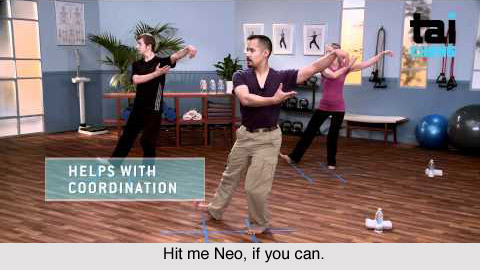 Each day will begin with a new 26 minute warm up before moving into more sequences and combos.  It’s here where it really feels like you’re doing some honest to goodness martial arts stuff.

At the third week, you once again learn a new sequence.

Once again a new warmup is introduced and then begins each day with a unique practice session that as always ends with compiling it all together in the final week.  As expected the complexity increases and your results likewise increase.

Crunch time.  This is where you really strut your stuff as you go through all 3 sequences that you have learned during the course of Tai Cheng.  By the time you make it to the end I must admit you have something to really be proud of as this involves a lot of memorization and proper movement to be able to complete.  If you can’t imagine yourself dissecting the limbs off a legion of rouge ninjas, you’re just not trying hard enough.  In short, this is kinda badass. 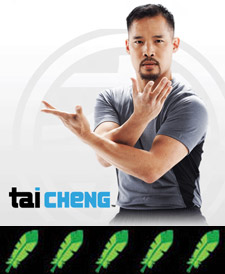 Color me impressed.  Dr. Mark Cheng takes all the goofiness I have often associated with Tai Chi and has replaced it with sound sports science.  From foam rolling, stretching, to the proven benefit of moving slow in isometric stances, this package has all it takes to get your body centred and strengthened.  I’ve done almost 15 years of Shotokan Karate and my favourite part was always the kata ( aka. sequences ), so this catered to my tastes very well.

One thing immediately clear with Tai Cheng is the production quality, but then again I swear Beachbody has just about cornered the market on that.  The use of green screens in the introductory disk results in near perfect demonstration of moves and just goes to show how well thought out this was on paper before any filming took place.  The class setting feels relaxing and nothing is over the top.

But what about the instructor?  Great news, Dr. Mark Cheng is very articulate and explains everything without flaw.  He’s also not dressed up as some stereotypical Tai Chi sensei, but rather looks the part of a doctor: khakis and a shirt.  It adds a decorum of professionalism where so many others have resorted to cheap gimmickry.

The score for Tai Cheng is a solid 5 out of 5 feathers because it does what it promises so well…all the Tai Chi and none of the eastern spiritual baggage that might turn off so many ( myself included ) and it does so with style.  It is indeed a complete home Tai Chi course and I’ve yet to see anything else that wasn’t just a discount DVD at Wal-Mart staring some guy in a unitard.  Dr. Cheng instead takes the high road and delivers the science and because of that Tai Cheng stands supreme in its class.  My suggestion is that if you have a program like Body Beast, this might be the bookend to keep your body flexible, stable and do wonders for your range of motion.  Pull both of those programs off and I would strongly suggest you consider a career in vigilante crime-fighting.