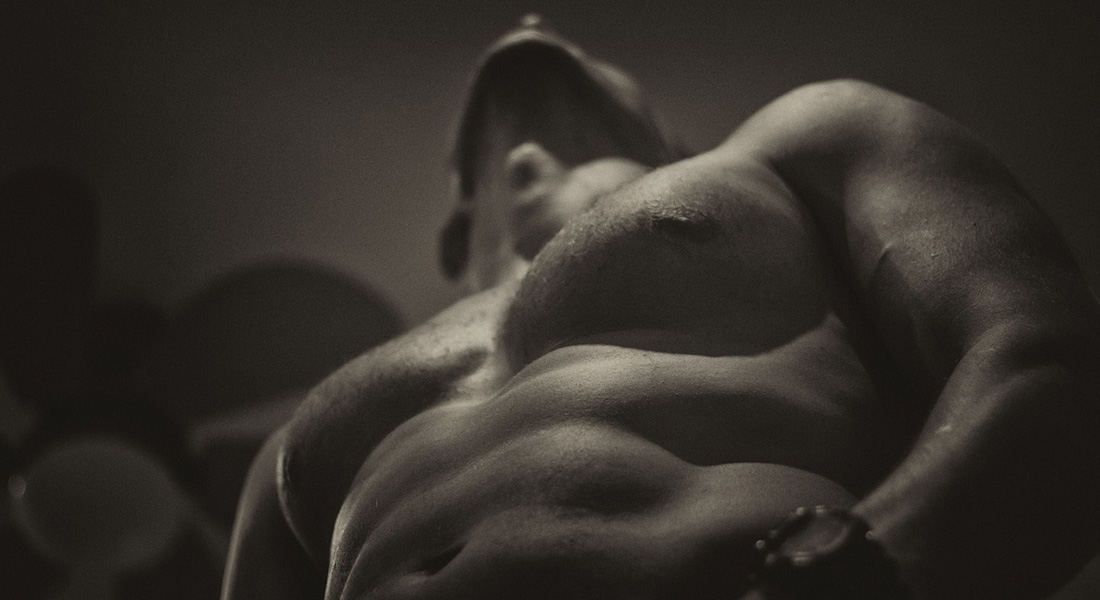 Disclaimer:  This author ( namely, me ) is not a doctor.  So by all means, seek out advise from a qualified medical professional before following anything I say here.  Just maybe aim higher than the walk-in clinic guy.  Just my 2 cents.

Ah, testosterone.  The best friend of any male who stands for truth, justice and the American way.  Or in my case, ambiguity, corruption and Canadian government.  It’s a fairly safe assumption that for most of us tripods, the word brings to mind visions of bearded lumberjacks, Hogan’s 24 inch pythons, and boners of unusual size.

When testosterone kicks in as a young lad, there’s nothing subtle about it.  It’s like God flipped a switch and suddenly the relationship with your Princess Leia action figure takes on a disturbing new twist.  From there its party time.  It’s like a 24/7 Vulcan Pon-Farr.

Eventually the average male learns to deal with the burning desires of the flesh.  In my case, I got married at 23 to a smoking hot brunette who assisted with remarkable skill.  Now that stable level of good testosterone could be harnessed into workplace ambition, fixing cars, working out and making babies.

Now we get to the crux of this article.  The declining years.  Welcome to being over 40.

As men age, testosterone levels decline.  As if to mock our plight, an uptick in estrogen usually coincides, resulting in higher levels of belly fat.  Unless your ambition is to acquire the ultimate “Dad Bod”, it’s kind of a kicker to the ego.

For my story, I was suffering from muscle recovery issues.  I’d beat myself down doing workout reviews, but I just wasn’t kicking the pain as easily.  I also started to become more susceptible to anxiety, which resulted in the horrible side effect of occasional sexual barriers.  I was only 42, and was becoming increasingly worried.  As such, Mrs. Parrot and myself went to a hormone clinic.

The first step for men at a hormone clinic is a lot of fun questions.  Most of them involve the chipmunk in your trousers.  So be prepared to talk about Stanley to a lovely nurse who just can’t know enough about it.  It’s rather odd talking to a nurse about “morning wood”, but I suppose you get used to it.  Try to avoid making eye contact if you see her later in the grocery store.

Next, bloodwork.  The key factors being tested are free-Testosterone, Estrogen, thyroid, and PSA ( Prostate-Specific Antigen ).  Even if you don’t opt in for hormone therapy, EVERY man should have his PSA levels tested annually.  Never ignore your prostate.

The downside is that the testosterone measurement is somewhat unreliable.  It’s the doctor’s best guess scenario a lot of the time.  Once I had T-levels so low she wondered how I could get out of bed in the morning.  Other times, she asked if I was getting into parking lot fights, it was so crazy high.  A lot depends on the time of day the blood was taken and general inaccuracies of the “T” test.  A good doctor can take other aspects of the test and interpret over time accordingly.

You’ll generally be prescribed depo-Testosterone.  The method for self-medicating will be one of two ways: creams or injection.

For the first 3 years, I opted for cream.  A special dispenser gives your daily allotment which you rub on certain areas of your body best suited to absorb.  The good news is that this method is easy, and no sticking needles in yourself.  The bad is that sometimes the excess T converts in the fatty tissues into estrogen.  It works, but not as effectively.  In my case I was prescribed an estrogen-blocker to periodically offset.

A few years in, the cream just wasn’t doing it anymore.  Muscle pain was returning and Buck Rogers was occasionally having a hard time with liftoff.  After talking with my favorite hormone therapy nurse about my options, she gave it to me straight.  If I wanted testosterone in a far more convenient and stable way, I better get over my needle aversion.

After agreeing to man up, I got my prescription for needles, syringes, depo-testosterone, and other medical extras.  Stripped to my underwear in my bathroom, I probably sat for a couple minutes with my full syringe, psyching myself up for the jab.

The actual injection is rather anti-climatic.  I stabbed the sucker into my upper thigh and surprisingly, felt practically nothing.  It was almost a disappointment.  A few moments to inject the intra-muscular serum and I was off to the races.  Even better, injections were once a week, so I didn’t have to worry about a missed cream application.

Hands down, injection was the way to go.  Within days I could feel my levels stabilizing.  I could work out and recover closer to how I was twenty years prior.  I could also respond to questions about my “wood” with a wink and two thumbs up.

Despite how one plans to proceed with a solution, I think it behooves everyone to get hormone levels checked as they mature.  Women too, as my wife has had her own successes with hormone therapy.  Many times there are natural ways to beat the system.  But sometimes when you’re fighting a headwind, its wonderful to take advantages of modern medicine to rewind the clock.