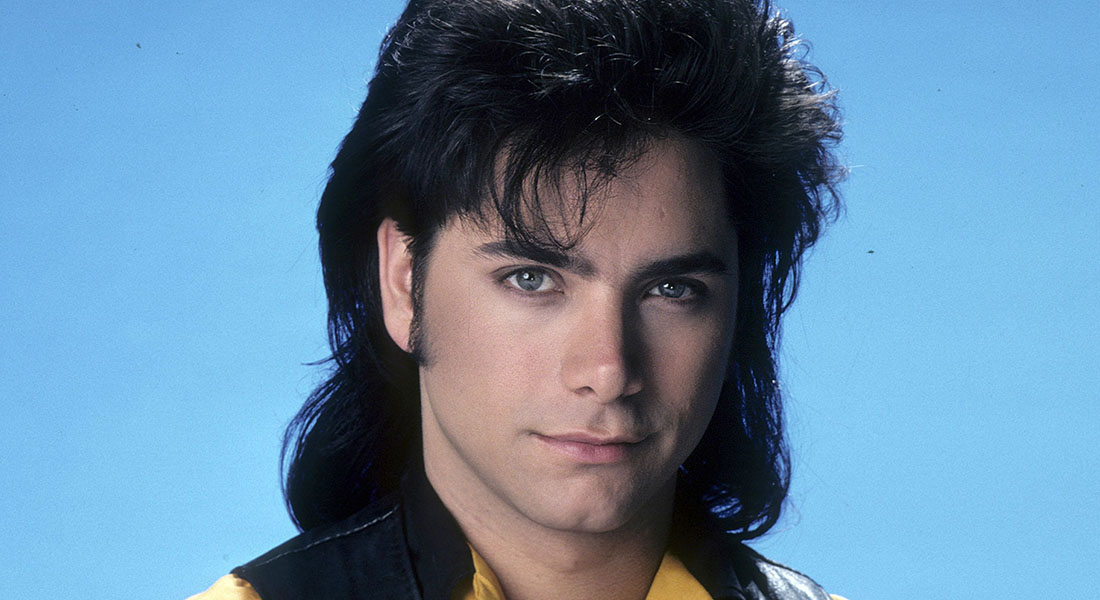 “Who’s going to drive you home tonight?“
– The Cars

Full House was a reprehensible early 90’s sitcom.  It portrayed two guys helping their widowed friend, Danny Tanner, raise his insufferable daughters.  Considering how the Olsen Twins later turned out, I’d say those dolts failed spectacularly at parenting.  How this show lasted as long as it did only serves to condemn us at the final judgement.

The three men were of different backgrounds to add some dimension to this half-hour of torment.  Bob Saget played the straight-laced dad, Dave Coulier a human “fingers on a chalkboard” comedian, and of course, John Stamos…the motorcycle riding, leather jacket wearing stud.

The year was 1991, I was nineteen and about as romantically clueless as one could get.  Ever seen a male Nubian goat trying to impress the ladies?  He flaps his gums in a comical manner and then proceeds to piss all over himself.  The parallels were uncanny.

But I’m not bitter.

So when it came time for a group of my friends to graduate the following year, I decided on a redo.  I rented a sweet tux well ahead of time and shaved the dead rat off my upper lip.  This of course brings us to the soon-to-be moral of this story, Celeste.

Tonight was going to be the big night when I went for broke and dropped all the secretive nonsense.  By the time the clock hit twelve, my angel who was so high above me, would finally call me up.  At long last, we would reign from Olympus together.  That, my friends, is a seriously messed up way of thinking.  But when you’re nineteen packing a Y-chromosome, you’re stupid.  It’s just baked into the cake.

Indeed, I planned on tapping into my inner-Fonz and making the big play.  The problem was I didn’t actually have an inner-Fonz but rather an inner-Poindexter.  Stupidity however, is the stuff of great life lessons.  But tonight, oh yes…tonight I was going to make me and Celeste as natural a union as E.coli and raw meat left overnight on a radiator.  I planned to tell her I would sacrifice anything for her affections.  Goat, chicken, whatever.

So what does this have to do with a cheesy 90’s TV show?  Hold your wild horses, I’m getting to that.

After graduation ceremonies, everyone took part in what was called “safe grad”.  This is a time honored social experiment of placing a hundred post-high schoolers in a room with loud music and a fully stocked bar to see what happens.  The “safe” part means everyone gets a free ride home where they can explain their drunkenness and debauchery to their parents the next day.  Our group played it cool, especially me.  I had too.  I was in Shark-mode and needed all senses on high-alert.

There Celeste was, sitting across from me and mine ( or so I thought ) for the taking.  All I had to do was ask her to join me on the dance floor and we’d soon be on a magic carpet ride.  I had psyched myself up and was about three seconds from making her an offer she couldn’t refuse.  In my head the Top Gun Anthem was playing and a tiny Goose stood on my shoulder with two thumbs up, telling me it’s time to bring back that lovin’ feelin’.  This was my moment, and I was going for it…

Enter the random element…Dante.  Hit the slow motion.   Big things are about to transpire in the next three seconds.

I stand approximately .04 nanoseconds too late as that dashing bastard, Dante…materializes out of nowhere and has the same intention of asking Celeste to dance.  Allow me to now make the Full House connection.  Imagine if a young John Stamos decided to cut in on Pee-wee Herman.  Well, that was Dante and that’s who I was up against.  John friggin’  Stamos.

Like Mr. Stamos, Dante was a woman’s checklist. He was pure Greek, dark, fit and handsome.  I was a Belgian/Welsh mutt, angst-ridden and the coolest thing about me was my feet.

I was about to make my move, but before I could utter a word Dante takes her hand and they walk to the floor while my mouth just hangs open.

Three seconds are up, and for some reason I’m speaking to an empty chair where I could have sworn Celeste was just sitting.  I turn to see her and “John Stamos” making their way to the dance floor and…hey!  What the Hell just happened?

Don’t panic, it’s just a…wait…is that Lionel Richie?  Aw hell, Stuck on You is playing!  Statistically, more babies have been born out of wedlock thanks to that song.  I helplessly observe the crisis unfolding.  To my relief, they danced through it without incident.  But it wasn’t over yet.

Then he pulled her back in a way that was just so top-notch gentlemanly.  Dude was good.  Stamos-good.  She smiled and fell in his arms again for a second round.  But…those used to be my smiles.  Everything was completely out of my control and a sick feeling was building in my chest; like a gall bladder unable to cope with a burrito.

Given how smooth Dante was, I should have been taking notes because I was nowhere near this guys level.  As I watched them, I tried calculating a scenario where I could turn the situation around.  Maybe I could strut to the dance floor to the sound of Mexican trumpets?  I imagine removing a white glove that I somehow failed to notice the entire evening and slap it across Dante’s face.

“Uncircumcised Philistine!  I challenge thee to a duel for thy fair maiden!”

Celeste steps back.  A good woman knows when the boys are about to discuss business.  I stare down my opponent and raise a playful eyebrow.  Some kid throws us matching swords, which in no way is out of place for a high-school dance.

“For thy maidens’ affections my good man,” I proclaim as I slice the air, testing the swords weight.  Celeste winks at me, and nods in approval.

“To thy death, good sir!” Dante yells as he takes the first swing.  I easily dodge it and counter with another which likewise misses the mark.  The women in the crowd gasp.

We circle one another before our dance of death rises to full boil.  I climb onto the bar counter as my opponent slices at my legs.  I jump to avoid and land softly, quickly kicking a Clamato juice and vodka into Dante’s face.

“Ha!  Thou indeed resembles a Bloody Mary!” I taunt.

“Insolent cur!”  He slices at the air as I instinctively move from left to right, being careful to maintain a scoundrels smile.  Celeste calls my name and it is clear her heart has chosen. Yet the distraction allows my adversary to slice a tear in my bitchin’ light-wash Levi 501’s.

“Dog!” Dante yells.  “I’ll slice off more manhood than thy wish to desire!”

I ready myself, and smile back. “Alas, I shall be certain to save such manhood for thy maiden’s bedchamber!”  Celeste blushes.  Several girls faint.

Firmly committed to my battle, all that remains is to seal the deal with the blood of a fool.  Performing a back-flip over Dante I land, and as he turns I pierce his heart with fine English steel.  Mary Kate and Ashley give a thumbs up and proclaim in unison, “You got it, dude!”.

He freezes. “Alas, I have been slain!  I do say, good form, sir!  I thank thee that I perish by the hand of a better man.”

As he dies in my arms, I lower my opponent gently to the floor.  A worthy adversary, but he never had a chance against my legendary skills.  “Goodnight sweet prince, may hosts of angels sing you to sleep on…” I pause as he slips from my hands and drops in a thud.  The dude is heavier than he looks.  Celeste runs to me and falls in my arms.

“Dare I say fairest maiden, I dost battle a legion for thine affections!”  We walk away together to the cheers of the crowd as she slips me the key to her chastity belt and…

Suddenly my daydream is interrupted as I notice something rather unsavory taking place before my eyes.

My face goes somewhat cockeyed as I watch my “angel” kissing John friggin’ Stamos with the intensity of a Discovery Channel mating ritual.  Not the tender kisses of sweet romance either.  No sir!  The raunchy kind like a boa constrictor unhinging its jaw to swallow an ostrich egg.  From a purely anthropological point of view, it was actually quite impressive.  Top marks. 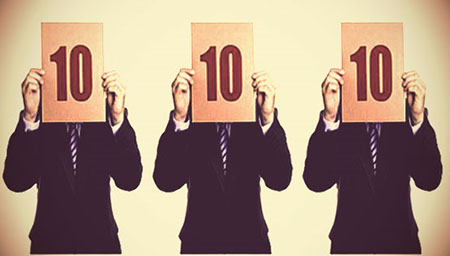 The cast of Full House is laughing hysterically at the next table and all that’s missing is Bob Saget to take a steel chair to the back of my head.  Cognitive dissonance still had a tight grip on my perceptions.  That meant I honestly felt that was supposed to be my dance.  But someone with more confidence ( and looks, charisma, style, grace, stature… ) took my lunch.  My heart didn’t just break, it exploded like the frozen T-1000 at the end of Terminator 2. 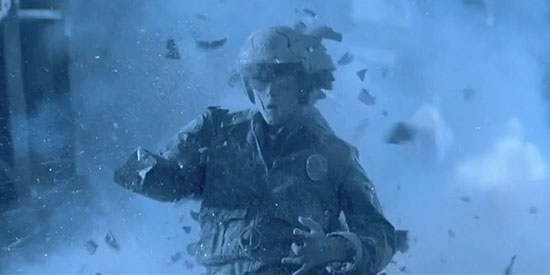 There was no way I could be at the table when they came back.  All I knew was gather my shattered pieces and leave.