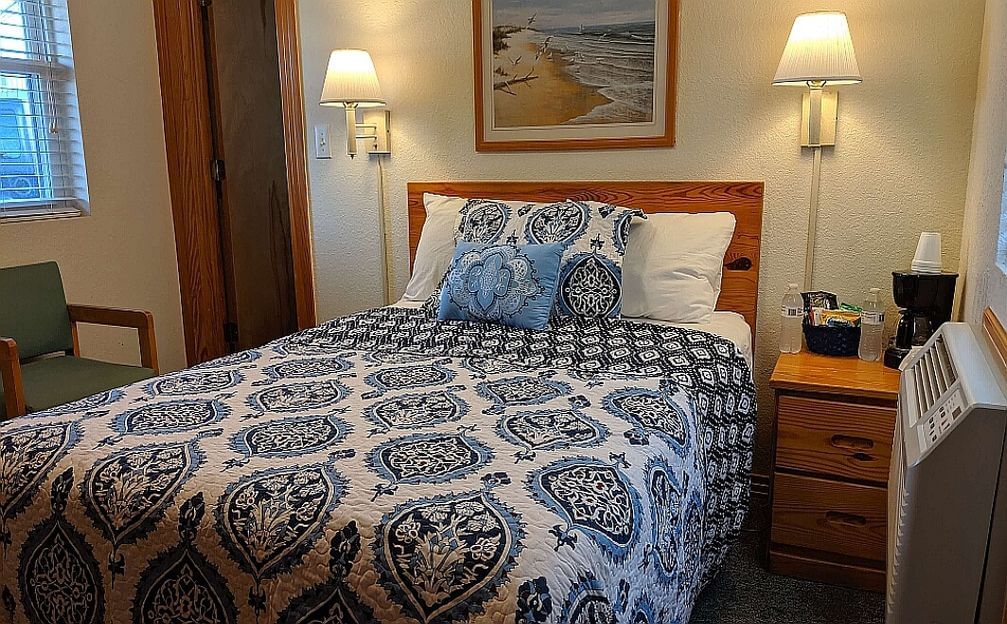 For the night me and Jake pulled into Swift Current and found a cheap hotel with a single bed, which when told that way sounds rather twisted.  Truth is we were just too cheap and broke to get anything else, and the idea of sleeping in our cars was none too appealing.  I couldn’t stretch out anyway as my Dodge Omni was stuffed to the gills.

We crack the door open and both acknowledge the situation.  When you buy a one bedroom, you actually only get one bed.  I’m not sure we realized how literal that was.  So two nineteen-year-olds look at the bed and reenact the scene from Planes, Trains and Automobiles when John Candy and Steve Martin ponder the single bed before them.

“Don’t even think of spooning me dude.”

He throws his pack on the bed, “You wish, jerk.”

It’s 3am.  The room is dead quiet and I’m awake.  My mind tries to process the previous day and to a large extent, just what the heck I’ve gotten myself into.  It’s a long trip tomorrow, but I can’t seem to shut down.  For some reason that I could not yet understand, the college had made an impression on me.

“What?” Jake says, not even slightly hiding his impatience.

“You stopped thrashing like a —ing Jackfish for five seconds.”  I get the impression I was difficult to be around.

“What did you think of that place?”  I ask, probing for a little insight.

Jake felt no need to waste time trying to spare my feelings. “From what I could see?  Too many Jesus freaks.”

“It’s a Bible college you dolt.  Who else is going to go there?”  I was clearly discussing spiritual matters with someone who couldn’t give a crap, but since nobody else is in the room I had no other options to direct my venting.  “No joke, you should have seen the place.”

Jake brings up the obvious.  “If this is about being around Celeste…”

I cut him short.  “This has nothing to do with her.  If I ever went, and I do mean if, she wouldn’t even be there anyway.”

“So you want to be a priest now?  You can’t go ten minutes without chasing a skirt,” Jake argues.  Technically, he’s not entirely wrong in his assessment.

“Ok, first off it’s a pastor, not a priest.  And I might be good with people you jackass.  Secondly, vows of celibacy are a Catholic thing.  I’ve jumped ship.”

“So Bible thumpers get the women?”

“I’d say we get the hottest women.”  It’s a peculiar evangelistic strategy I’m deploying.  Jake sighs like he wishes I would just shut up.  I instead try to engage him further.  “Hey, what are you going to do with your mountain of cash?”

He pauses.  “Hookers and blow.  I don’t know, I just want to get away from Brandon.”  Jake felt it polite to ask me the same.

“Pay off the loans and be free.  Maybe get a nicer car.  Some cool sunglasses.  Then I want a hot babe.  A girl who looks at me and says, ‘that guy…he’s going to be somebody and I’m coming along for the ride of my life.’  Yeah.  That’s what I want.”

We both laughed because it was undeniably true.

I replied with sincere relief.  “Thanks man.  I think I needed that.”

“Ugh…goodnight.”  That was my cue to go back to sleep.  Eventually I too gave in to exhaustion and got some much needed rest.