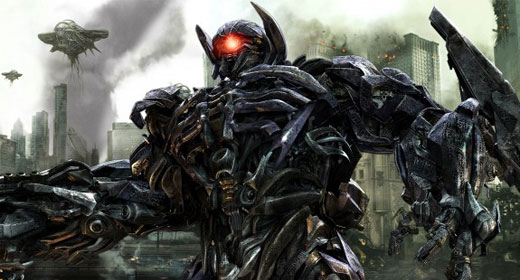 The first Transformers movie was actually not to bad if all you wanted was a low-brow action film. Sure, it had huge plot-holes than you could drive an Autobot through but it still satisfied the need to see Optimus and the boys take out the Decepticons.

Revenge of the Fallen however was absolute, unmitigated garbage.  In a lapse of judgement I must confess, I downloaded the movie.   Yet it was so bad I STILL wanted a refund for my time wasted.  ROTF was racist, sexist, and bankrupt of any plot.   If your dog was watching the movie it would be animal abuse.   In fact, we managed to get Bin Laden because we tortured Al Queada detainees with the film.

Good news however is that the third film…and please let it be the last…is not as bad. But that’s also like saying a punch in the face is not as bad as a kick to the balls.  It just follows the same tired formula you would expect from Michael Bay: Big explosions at the expense of any character development.

The plot of DOTM is sort of convoluted to explain, but allow me the chance to give it a good honest try anyway. It turns out the entire 60’s space race to the moon was intended to recover an alien artifact and bring back pieces.

The sub-plot with Sam ( Shia LaBeouf ) and Carly ( Rose Huntington-Whitely ) is, if I may say, disposable eye-rolling drivel. Moving on…

Fast forward to today, Optimus is rather put out that he wasn’t informed about the moon shenanigans and demands a mission to the moon be arranged with the Autobots as part of it.   There they discover Sentinel Prime who I guess is the predecessor to Optimus Prime.  Sentinel Prime has the voice of Leonard Nimoy who does the unforgivable: He steals his own line from Wrath of Khan.  Ugh. 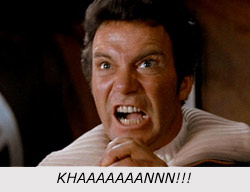 Because nothing bad could possibly happen, Optimus revives Sentinel. Eventually through a series of highly unlikely events, they discover that the Decepticons want to build a space bridge to bring Cybertron to Earth.

More of Sam and Carly. Don’t care. Moving on…

I’ll stop there as the pivotal point of the plot would be revealed. Suffice to say that in typical Michael Bay fashion, things go boom, bam and biff.   On the positive side that there’s a lot here for fanboys who are familiar with the old cartoon series. Shockwave being one of my personal favorites as well as the Decepticon plan for a space bridge to bring Cybertron to Earth. I think.

The movie at least ends with the glorious possibility that there will NOT be a sequel as hinted by Optimus Prime’s final line, “I send this message to the universe: We are here. We are home.”, as opposed to “we are waiting.”.

What is obvious is that Michael Bay hates, and I means truly hates Megan Fox with the burning fire of a thousand suns. Don’t get me wrong, I’m not defending Fox as a ( snicker ) actress.   But to replace her with someone who sucks the life out of every scene she is in and has even less acting talent can only be meant as an insult. Rose Huntington-Whitely-WhysYourNameSoFlippingLong is just atrocious.   Atrocious to the point that like a black hole she sucks the life out of her co-stars in every scene and makes them look terrible by association.   Watching her stumble through her lines is about as pleasant as changing a strangers diaper.  I have no doubt Shia could have had better romantic scenes with a rusty fire hydrant.  I can only imagine Bay using this to say, “up yours Fox…I’ll replace you with an even WORSE actress!”. 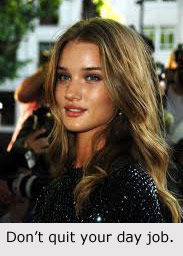 Shia LaBeouf is someone who I’d normally feel sorry for. Well, that is if he didn’t make a thousand times my income in a week.  But his push for this movie demonstrated one thing…fear.  Fear that his career will go in the trash bin like what Spielberg and Bay did to his onetime co-star should he push his luck and say something negative.   His sales-pitch that this would be a great movie for 3D betrayed the truth…that this film will not be bogged down by a plot.  In the end Transformers: Dark of the Moon is really nothing more than a special effects project that has even less soul than other colossal CGI failures such as Star Wars: Attack of the Clones.  Honestly, Michael Bay makes script writing hacks like George Lucas look like a respectable film-maker.

Now that the dust has settled we can hopefully put this cinematic car wreck trilogy behind us. We just need to accept that yet another 80’s icon has had it’s virtue stolen at the hands of a frat-boy director. All that remains is for the next 80’s franchise to be made into a mentally bankrupt film, but that hopefully will not happen…